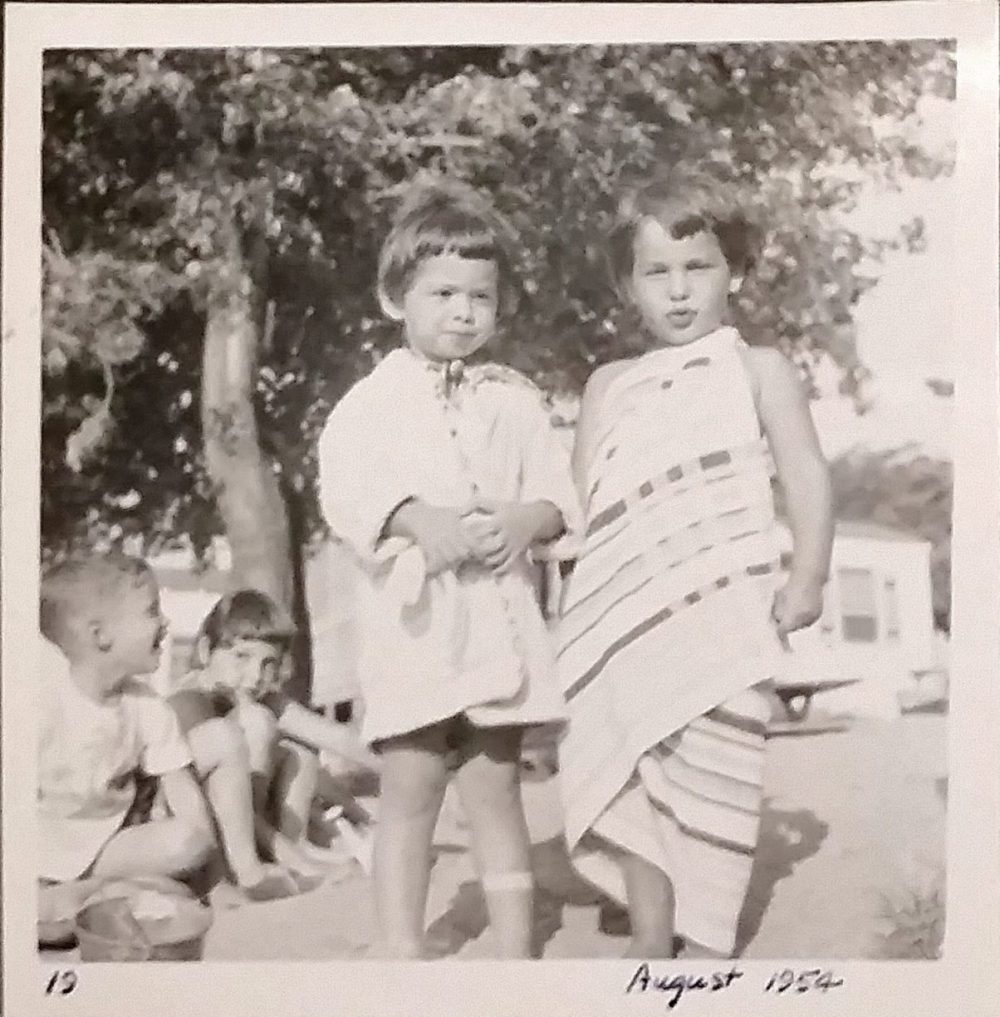 When I was little — practically from birth — I had a best friend named Bette. Her parents were good friends with my parents, and she had two older sisters whose ages roughly corresponded to the ages of my older sisters. Our two families rented houses next door to each other at Lake Hopatcong every summer. There are more pictures of her in my baby book than there are of anyone else besides me. The perfect story would be that we are still best friends, six decades later. But alas, no. We didn’t go to the same school, and didn’t even live in the same town, so it became less and less convenient, especially when both families stopped summering at the lake. We did go to camp together at Interlochen the summer we were eleven, and then after that we drifted apart. Now we are facebook friends but nothing more.

Remembering the various “best friends” I had after Bette made me wonder about what friendship means. So much of my life is written in song lyrics that naturally I started thinking about the many “friend” songs that I know. (And there are a lot of them!) Carole King probably said it best:

When you’re down and troubled
And you need some lovin’ care
And nothing, nothing is going right
. . .
You just call out my name
And you know wherever I am
I’ll come running.

Who do I know that I have always been able to depend on like that? Who would literally come running, or hop on a plane, if I needed them? My two sisters are the only people I can think of who fit this description. And they actually have done it for me, and I for them. If that’s what friendship means, they are my best friends.

I don’t tell them everything though. They grew up at a different time, and have views that are different from mine in a lot of ways. For that I need someone else, and luckily I do have one friend whom I can talk to about absolutely anything, and I know she will never disapprove or judge. We lived together after college in a house on Cambridge Street, at a time when we were both pretty wild. We know a lot of stories about each other, but of course we would never tell. Even now, forty-plus years later, we still confide in each other about all kinds of things. We each know that the other will be okay with anything we say. We live in different parts of the country, but we still manage to see each other every couple of years. And of course there are lots of phone calls, emails, texts, and facebook messages to keep us connected in between.

Most of my closest friends are women, but I have one really dear male friend who I met my freshman year of college. I dated a roommate of his, and he dated a future roommate of mine, and we became close complaining to each other about the problems in our relationships, then and later. Over the years we have seen each other through many joys and sorrows. He even crashed one of my college reunions, driving from New York up to Cambridge on the spur of the moment. There is a song in the show I’m Getting My Act Together and Taking it On the Road (which ran off-Broadway from 1978-81, and had my cousin, a semi-famous actress, in the cast) called “Old Friend,” which always made me think of this particular friend, especially this stanza at the end of the song, after the main character sings to her old friend about how she leans on him every time another relationship of hers falls apart.

We’ll meet the year we’re sixty-two
And travel the world as old friends do
And tell each other what we’ve been through.

In the 1980s I was sure that this part of the song would actually come true. Now we are both past sixty-two (how shocking!) and it hasn’t happened yet, but we are still good friends and still talk about things we’ve been through. So maybe the song didn’t quite get it right, and we’ll travel the world the year we’re seventy-two. Or eighty-two.

In addition, I am lucky enough to have several other friends who are important in my life in one way or another. Mostly from college, a couple from law school. None of them lives nearby, so we don’t see each other very often, but no matter how much time passes between visits — years, or even decades — we pick up right where we left off and it feels as if it has been no time at all. Maybe, in the final analysis, that is the real definition of friendship.

Postscript:  Two days after I posted this story, Retrospect Media made it the Readers’ Choice story and wrote about it on facebook, with the picture of Bette and me, and a link to the story. I shared that post on my page, and tagged Bette in it. A week later she read it and commented,

“Oh Suzy, I am honored to have been your friend at any era in our lives! Loved your thoughtful story – touching and so true.”

The next month she flew to Sacramento in her private plane and we had a three-hour lunch. It was the first time we had seen each other in twenty years, but we reconnected as if it had been no time. Here’s the picture from our lunch. 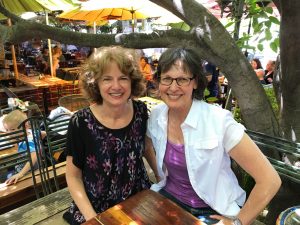 I don’t think we’ve changed that much from the picture at the top of the story taken when we were three.

7 Responses to You’ve Got A Friend