A Father and Son Reunion by Charles Degelman
100
(147 Stories) 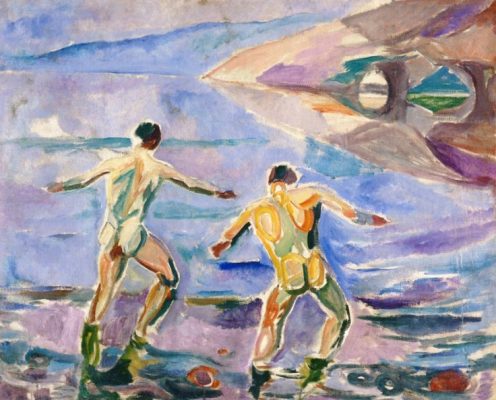 Humidity hung in the New York air like dirty laundry, rendering the city blurred and misty. Summer trees drooped green and heavy and the city’s red-brick, gray-granite facades shimmered out of focus. I felt as if sweat was falling into my eyes, the salt blinding me, but I was sitting in air-conditioned comfort in a fern bar at 81st Street and Amsterdam Avenue halfway through a lunch of white wine, French bread, and poached salmon salad.

Reuniting with an unrequited spirit

As I chatted amicably with my partner, a jolt of anxiety kicked at my chest with a shock of recognition: today marked the anniversary of my old man’s death.

At two o’clock in the afternoon on July 16th, decades earlier when he was exactly my age, he had thrown one end of a quarter-inch rope (he would have called it “a line”) over a pipe suspended from the ceiling of his cluttered Boston laboratory, knotted a noose into the other end, dropped it over his head, and stepped off his worktable. He never said goodbye: no note, nothing.

Now, my old man was dying again, this time inside my psyche, slipping down a nightmare slope into the  unexplored water of an imagined River Styx. I felt desperation run through my system like adrenaline and my gut recoiled from the sharp kicks of his long-dead homunculus.

I felt his spirit press against my heart and lungs as it gasped for breath, fighting against the choice it had made. The dance progressed in paroxysms and I felt a strong pulse of regret in the blind, violent attempt it made to save itself. Slowly, the bucking in my organs weakened, subsided, then stilled, the body still warm, the spirit lingering, not wanting to go.

“Not a good way to die,” the spirit gasped with a familiar irony. I lost the signal. It was gone, leaving me alone opposite my partner in a fern bar at 81st and Amsterdam. I had reunited with the unrequited spirit of my father.

Tears fell on the back of my wrist and onto the cool, pink flesh of the salmon, sacrificed on a bed of greens. I dropped the fork from my shaking hand. “Either the fish is bad, or I’m about to keel over,” I told my partner. “I just felt my old man die… again.”

We left money on the table and walked outside into the pressurized mist of the underground day. Her compassion embraced me, but I could still feel my old man inside. “Look at what this guy decided to do,” I said. “What if …?”

“But you won’t.” My partner took my arm. “Survival,” she said, quoting a familiar comic line, “is the key to the benefits program.”

Slowly, the spirit vaporized into a wisp that twirled up into the humidity. I had to go on, alone. And I did go on alone, my partner by my side, walking through Central Park toward Fifth Avenue, yellow cabs hissing by on our left.

Inside the black rock of the crossto 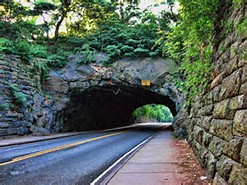 wn tunnel, a creature barked once, loud, close at hand. A shadow roared past in darkness, moving ahead of us toward the wet green light of trees hanging over the tunnel’s mouth.

“It’s just Anubis, the gatekeeper of the afterlife,” my partner assured me.

“That was not a good way to die,” I said. As we walked, I returned to my reunion, rerunning it, determined to explore, to get it over with, to find a solution, to ease the pain. “But I get to live,” I said out loud to my partner and the traffic. “I get to go on and experience all this.”

We emerged from the tunnel into the rich, green light of Central Park. When we reached the Museum, I sat on the smooth, green slats of a bench and sucked in the people, walking pretty, graceful, and alive under the shelter of trees. Trees, people, dogs, cars, cabs radiated light along Fifth Avenue, survivors, reaping the benefits of the program, talking with one another, reaching out to strangers and finding common ground in where they are and what they see and feel. The moment felt unique, an opportunity to experience life, the unique arrangement of people, the words they were speaking, the sound of taxi horns.

I was ready to accept it, this moment, not angry, sitting alone. I pushed  my wife off to the museum. I stayed on the bench and wrote. Passersby revealed their secrets to my eyes, my practiced eyes, experienced with viewing, out in the world, alive.

Long ago my old man had died. I survived to taste the rich broth of all things terrestrial, each precious object throwing off its own unique light, the patterns spiraling, morphing in front of me like a kaleidoscope.

My dark-skinned, curly-haired New Yorker walked back down the corridor between the trees from the museum, carrying a shopping bag full of art books.

8 Responses to A Father and Son Reunion

Chair For Life
by Betsy Pfau