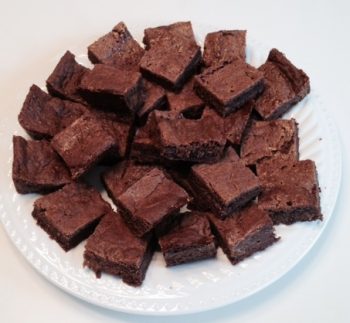 Thanks to a program that no longer exists, I was able to attend the local college while still a senior in high school. After filling out the necessary paperwork and expressing my urgent need to study Italian—a class not offered at my school—I was approved to begin classes on campus in the fall of 1968. That local college? The Berkeley campus of the University of California.

My TA was a young woman with long blonde hair and big round glasses, who moved constantly in class, waving her cigarette in the air. Back then, there were actual ashtrays in the classrooms, and many of the students smoked. Including me, on occasion. To this teenager, it felt very sophisticated to sit among upperclassmen and practice blowing smoke rings.

One day, a male classmate invited me over to his dorm to get high. Demonstrating my full complement of street smarts and good judgment, I agreed to go. Once in his room, with the door closed and locked, he brought out a joint and lit up. We passed it back and forth and waited for something to happen. When we heard footsteps in the hall, he panicked. “If that’s the RA. . . .” We both knew the trouble he’d be in if we got caught getting stoned. I quickly assessed my options: hide under the bed, or fly out the window of the fifth- floor dorm room. The bed was too low to the floor, but that window . . .

Luckily, the footsteps passed the room where we both stood, frozen, hoping the smoke hadn’t somehow slipped out under the door and into the hall. By this time, I was feeling the effects and was hungry, thirsty, and paranoid. We waited a few moments to be sure, then left his room quickly. Back on the street, he offered to buy me a milkshake. That sounded like an excellent idea. It tasted wet and cold, but the two sensations were separate. As I drank it, I noticed the cold and the taste, but not simultaneously. Weird. And then I started to see the tiny colorful acrobats doing cartwheels ahead of me on the sidewalk. “Do you see that?” I asked him. His reaction told me he didn’t.

I think he walked me to my bus stop, but by then I was too enchanted by the sights and sounds that weren’t there to notice him. I’d been stoned a few times before, but I’d never hallucinated or felt so out of my body as I did then. He left, I guess, and I got on the bus. To get home from Berkeley I needed to transfer to a second bus, so when my first ride ended, I stepped off slowly and tried to maintain. But at this point, on a busy corner of University Avenue, I sank to my knees and uploaded that milkshake into the gutter. Did anyone notice? Would a passing policeman grab me for being a vagrant? Paranoia had me in a panic.

The bus I wanted came and went. The signal to cross the congested street changed several times while I waited, rooted to the sidewalk, certain that if I stepped off the curb I’d be flattened by a truck. Time slowed down as I pondered the best way to get across the street and not get run over. I thought I was stuck there forever, unable to cross four lanes of traffic safely.

Just in time, a friend from school happened by and led me across. We were catching the same bus, and once we got settled in I said, “I am so stoned. I can’t possibly go home now. My mom would kill me.” She said, “Come home with me, sleep it off, and we’ll figure something out.”

We walked to her house from the bus stop, a short walk that seemed to last forever. Her father was home, but she waved him off with a story about my terrible headache. I collapsed gratefully on a bed, and fell into a deep sleep. When I woke up and felt a little more like myself, I called home and told my mother I’d been invited to stay for dinner at my friend’s house, and would get a ride home later. All was well, or almost well. My friend’s dad may have picked up on the real story, but he didn’t let on. I am grateful for these acts of kindness to this day.

A couple of days later, back in class, I told my TA what had happened and pointed out the guy who’d offered me that laced-with-who-knows-what dope. She called him over, made him apologize, and read him the riot act in two languages. She was livid as she stuck up for me, knowing full well that I was still basically a high school kid and presumed innocent. If good judgment comes from experience, and experience comes from bad judgment, I learned a lot more than Italian that quarter.

For years afterward, the smell of marijuana set my teeth on edge and made my stomach flip. In those days, in Berkeley, it was hard to avoid that unmistakable acrid aroma. It seemed to be everywhere when young people gathered together. I would hold my breath and try to move away from the smokers, but it wasn’t always possible at an outdoor concert or an anti-war demonstration.

It’s been interesting to reflect on this experience now that the legalization law in California—where I still live—has taken effect. I doubt I’ll be tempted to light up any time soon, though. In recent years I’ve nibbled a brownie or two with mixed results, to be honest. Legal or not, I’m not sure the appeal is there anymore. I won’t be smoking, that’s for certain.  The truth is: The days when I would eagerly inhale ended on a long, strange trip during a sunny spring afternoon in Berkeley nearly fifty years ago.

14 Responses to A Long, Strange Trip