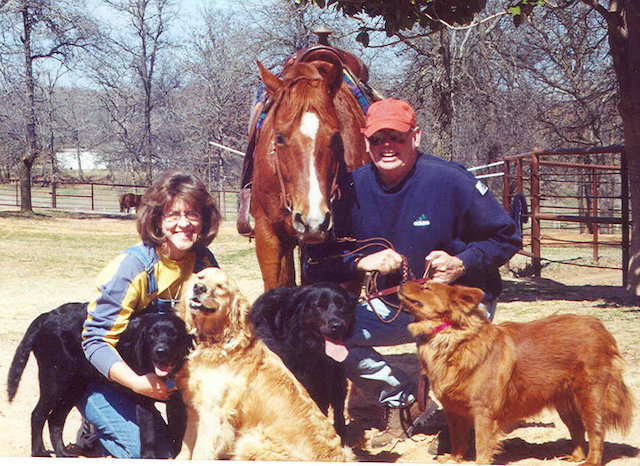 My wife Anne, me, and our millennial menagerie in the year 2000. Star is the big girl.

The spring of 1995 was the watershed season of my life. It was the brutal ending of one chapter and the beginning of another, which would take years to write.

My first horse auction turned into a lifesaver in a time of painful and life-changing events.

And, like a western square dance, it was that point where you change your partner and resume the dance with another, at least for awhile.

In my case, I simply chose a different kind of partner.

I was hanging out in my native Oklahoma, on leave from my faculty post in Boston, and I was hitting life’s reset button while licking a deep wound from recently losing the love of my life in Indiana.  Such itinerancy has always been a prominent part of my profile, and it was one reason the marriage fell apart.

My marriage had become star-crossed; a modern-day metaphor for the medieval German legend of Ladyhawke. In that story, a witch’s curse is placed on Capt. Navarre and Lady Isabeau. That curse prevents them from going forward as lovers, as she becomes a hawk by day, and he a wolf by night.

The tale has a happy ending for Navarre and Isabeau. Not so with my story. At least not for five more years when my new soulmate, Anne, would enter my life.

For a week I had also been immersed in a larger tragedy, covering the Oklahoma City bombing as a reporter for an Oklahoma City newspaper. That assignment, which would continue for several more weeks, added even more intensity to this life-changing season.

Seeking a distraction from the pain of losing my wife and the daily sadness of the bombing aftermath I was covering, I decided one sunny Saturday morning to drive south an hour from Norman to Ardmore and check out a horse breeders auction.

I was really not thinking of buying a horse, but I thought it would be fun to see some of the finest equines in Oklahoma and Texas strut their stuff in the arena, as buyers competed for ownership.

Had I just gone into the arena, taken a seat, and enjoyed the sale for a couple hours, it would have been a pleasant-enough outing. Just not the great one it turned out to be.

Arriving before the auction began, I veered off into the barn where the neatly bathed and groomed horses awaited their moment in the sale ring. As I walked the sawdust aisle past the stalls, I realized I’d never seen so many beautiful animals in one place before.

until I came to the last stall on the left and a two-year-old Quarter Horse mare bearing the hip number 153. Her registered name was Dark Evening Light, but I called her Star, and I was instantly struck.

Her sorrel coat was so fine and smooth, three of her legs bore gleaming white socks, her ears stood at attention, and it was all topped off by a white lopsided blaze smack in the middle of her face. Just between two of the softest brown eyes that seemed to peer right into my soul.

In the vernacular of equine enthusiasts, Star sported a lot of chrome.

“How would you like to come home with me, big girl?” I found myself asking her.

She didn’t say no.

For those who don’t know, a Quarter Horse is a well-built animal bred for speed, and reputed to be the fastest horse over a quarter-mile track. She certainly sent my heart racing on this April day.

It was love at first sight, and I knew she was exactly what I wanted. She could make the pain go away, in time. 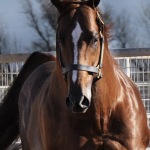 It would be several hours before we could ride off to the sunset, though, because she wasn’t scheduled to show until late afternoon. And, of course, I had no idea how much I’d have to pay to make this new dream a reality. Nor, for that matter, did I have a trailer to get her back to Norman. Nor did I have a place to put her back in Norman. And, oh right: I had no real cash on me. But I did have a brand new Master Card with a $6,000 balance.

I would need all of it.

I went back into the sale arena and sat on my hands while horse after horse went up for auction, afraid I might get impulsive and be tempted to bid on a lesser candidate before Star.

As I sat through this parade, I realized this wasn’t the first time I had lost a woman and opted to go forward in life with a horse instead.

It had been my senior year at the University of Oklahoma: 1968. I had been dating Susan for some time, and was so positive we would be married, that I cobbled together enough cash to surprise her with an engagement ring.

I took her to dinner for the formal proposal and was so sure she would spill her soup in her rush to spit out “YES!”, that I didn’t even notice when she said No.

After a few seconds of a reality check, I found my voice: “Not sure I heard that right, Susan. Once more, please?”

After all, since “no” can sound so much like “yes,” I thought I’d better check, and this time I heard the subtle distinction. For a couple reasons, the kind that don’t make much sense to anyone beyond 21, she had — in fact — said no.

Although I’ve been eternally grateful since then that she did so, it took awhile for my sanity to set in and displace my shock and awe that night. But we made it through the dessert, and I took her home. Then I went home, talked it out with my big sister, went to bed and had a good night’s sleep.

A ringer of a horse

When dawn broke, I vowed to push forward. Zales would not take the ring back, so I decided to trade it for something that caught my eye earlier in the week: a horse named Shorty. Surely this kind of 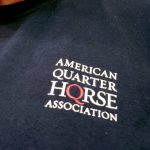 relationship would be easier to handle, and everyone knows how loyal your horse can be.

Everything was going okay until the next evening when Susan called to tell me, sheepishly, that she maaay have been a bit too hasty with the “no.”

She wanted the ring, after all.

I was about to ask if she would settle for a horse instead, because that’s what the ring had morphed into. But I reached for a delay tactic and said instead, “Let’s think about that, Sue. This has been an intense day for you, and maybe you should take another day to think it over.”

The subject was never revisited.

As I’ve taught Interpersonal Communication in college over the years, I have sometimes told that story, and It’s drawn some laughs. Funny thing is, though, a couple of those former students have since texted me and said they tried my tactic, and it worked for them, too.

It certainly kept Susan and me from making a serious mistake, and this woman who had said no because she felt God was calling her to marry a Baptist preacher, has had a long and happy marriage to a Catholic banker.

Back to Star, waiting eagerly in the barn to start a new life with me. It was approaching 5 p.m., and she was one of the last horses to enter the sale ring that afternoon. Watching her go through her paces, I resolved that no one was going to separate me from this magnificent animal.

The bidding began, and it was lively. A half-dozen of us were battling at the start but, after a series of $500 bumps, I leap-frogged a thousand over the last bid, and there were only two of us left. Another $500  later, and there was just me.

Star and I were now a twosome, I had replaced a beautiful wife with a beautiful mare, my Master Card was now molten plastic, and I figured out the rest of the logistics before nightfall.

Driving home, I felt less alone than before. From that point on, Star and I would spend several years happily exploring the hills and trails of Oklahoma and Tennessee. She seemed to make it her mission to get me over the emotional hurdles I faced.

Out on the wooded trails, coaching her over and through the hurdles of nature, I tried to do the same for her.

14 Responses to A Star is Born