Prompted By Separating the Art from the Artist
14 comments. 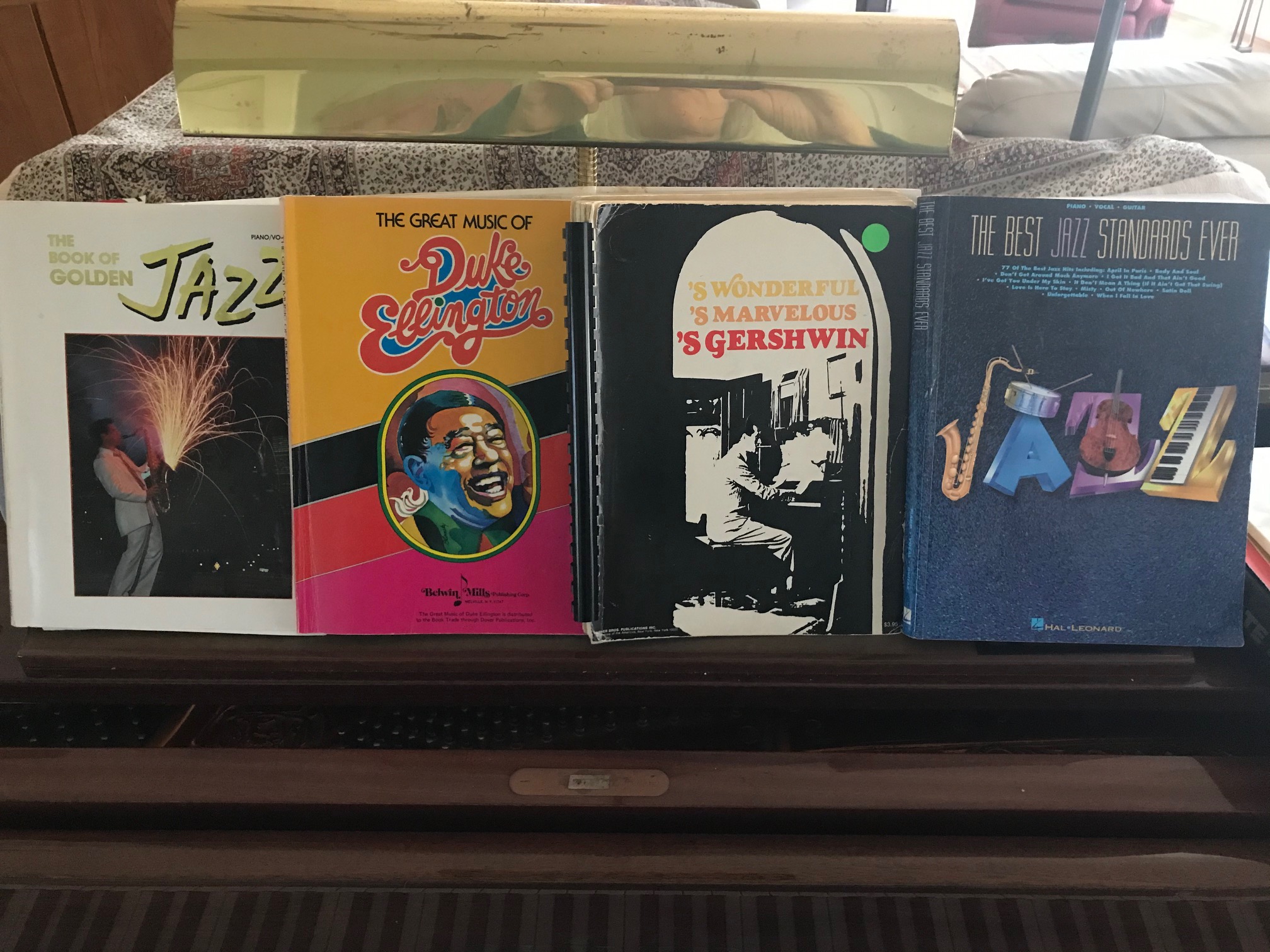 Then, in the fall of 1963, an amazing thing happened.  The State Department, through the United States Information Service (USIS), sponsored a goodwill tour of American jazz musicians.  None other than the Duke Ellington Band—yes, that one!--made an astoundingly extensive tour that, according to google, went from New York to Damascus, Amman, Jerusalem, Beirut, Kabul, New Delhi, Hyderabad, Bangalore, Madras, Bombay, Calcutta, Colombo, Kandy, Dacca, Lahore, Karachi, Teheran, Isfahan, Abadan, Baghdad, Beirut and Ankara.  You may have noticed Dacca in that list.

My dad really enjoyed music.  He played flute in high school, but took to the piano more.  He tried to catch my mother’s eye with a rendition of “Laura” on the piano at the Peking American Club, though this didn’t seem to impress her much.  He played jazz standards by ear or from a fake book, which both mystified and enchanted me, and I happily inherited much of his sheet music.

In the mid 1950’s, he acquired a hi-fi stereo system and a record collection—I remember the Hi-Lo’s, Connie Boswell, and Benny Goodman, but there were many more.  On Sunday mornings, it would be Bach.  In later years, he would take my mother to Blues Alley or Wolf Trap near Washington DC to hear Johnny Eaton.  Most evenings over a cocktail, they would listen to music; the favorite always was Ella Fitzgerald singing with the Duke Ellington Band.

From 1962 to 1964, when our family lived in Dacca, East Pakistan, music options were pretty limited.  I remember eagerly snatching up albums left behind by ex-pats heading home—anything would do.  I never would have gotten to know Marty Robbins (Gunfighter Ballads), Dorothy Provine (Roaring Twenties), or Beach Boys (Little Deuce Coupe) otherwise, and every lyric still takes up too much space in my brain.  My parents, who didn’t share my enthusiasm for these cast-off records, would invite one of the local drum musicians to play on the verandah, and have their cocktails in the twilight.   Haridas would sit on the floor, and coax out complex sounds with his hands, as he rubbed and patted and tapped on the drums nestled between his legs.

Then, in the fall of 1963, an amazing thing happened.  The State Department, through the United States Information Service (USIS), sponsored a goodwill tour of American jazz musicians.  None other than the Duke Ellington Band—yes, that one!–made an astoundingly extensive tour that, according to google, went from New York to Damascus, Amman, Jerusalem, Beirut, Kabul, New Delhi, Hyderabad, Bangalore, Madras, Bombay, Calcutta, Colombo, Kandy, Dacca, Lahore, Karachi, Teheran, Isfahan, Abadan, Baghdad, Beirut and Ankara.  You may have noticed Dacca in that list.

When the news came, my parents were over-the-moon starstruck. It was insanely wonderful. What could possibly be better?  Right in their own out-of-the way backyard where these things just didn’t happen. USIS organized the concert, along with a reception at the house of the USIS head, with whom they happened to be best friends. Of course my parents were invited, and just thrilled with the opportunity not only to hear their idols live, but meet them firsthand.

I wasn’t there (a continent away at boarding school that year), but the stories were vivid. The music of Duke Ellington’s band was certainly wonderful.  However, the band itself must have been exhausted from the travel, enervated by the heat, and maybe a bit unimpressed by the venue.  They had already had to change out some of the touring band members who had caused problems.  And who knows what slights they may have suffered. Let’s grant a bit of slack. But meeting them in person was not the dream come true my parents had hoped for.  Maybe not all showed up, and the band members who did, disdained conversation with the fans at the reception, proceeding to become extremely drunk at the free-flowing bar.  Maybe not all members, maybe Billy Strayhorn, but drunk definitely happened.  And probably drunk happened to other attendees as well.  It wasn’t pretty.  Maybe even a disaster as things got tense. After all the excitement and buildup for the visit, the reality of meeting their idols left my parents deflated and disappointed.

The next day the band was off to Lahore, and ultimately back to Turkey where, on November 22, they got the news Kennedy was shot, which ended the tour.

My parents still loved the music of Duke Ellington, but maybe they didn’t play it quite so much anymore.

Postscript:  Not to leave a sour taste in anyone’s mouth, I include Sir Duke’s tactful summary of the tour here for reference.

Ellington, after the tour:

“We were appointed by the Cultural Committee – one of President Kennedy’s favorite (sic) projects – to represent our country in the East on a long tour last fall under the sponsorship of the State Department. We were accepted, as some people put it, as “ambassadors” of the United States of America in Syria, Jordan, Afghanistan, India, Ceylon, Pakistan, Iran, Iraq and Lebanon,… We were also in Kuwait, Cyprus and Turkey, but we did not play there because of the assassination of the President. In Turkey, everything was flying high. There was a reception at the ambassador’s residence, – and I was always in the receiving line at such receptions – but immediately after this one the whole thing blew up because of the tragedy in Dallas…

“Our music was wonderfully well accepted. Tickets for concerts were usually sold out two or three hours after they were put on sale. For one reason or another, I found we were already quite well known. The records had been going there steadily and they had to reach somebody!…

“We did practically no playing like we do normally. We’d spend a great part of the week working for the State Department and going to receptions. This was a new experience for me, and the guys in the band were wonderful representatives. They handled all of this activity gracefully, so that I was very proud of their offstage performances. The State Department paid us our fee and expenses then arranged for local charitable organizations to take over the presentation of our concerts. These organizations benefited by the entire proceeds and this created a lot of good will.

“We became very proud of the State Department for the way they received us and the way they presented us. The ambassadors and consuls from England, France, Holland, Germany, Japan, Russia, Yugoslavia and many other countries would be at the receptions, and I think the tour was a success from that point of view, too…

“One of the things we did everywhere, in additon to the concerts, was the lecture-demonstration. I would come out cold on the stage and talk for twenty minutes before introducing the members of the band…

“At the press conferences, we would talk about jazz and, very often, the race situation in America…”

14 Responses to And the best of all, Sir Duke