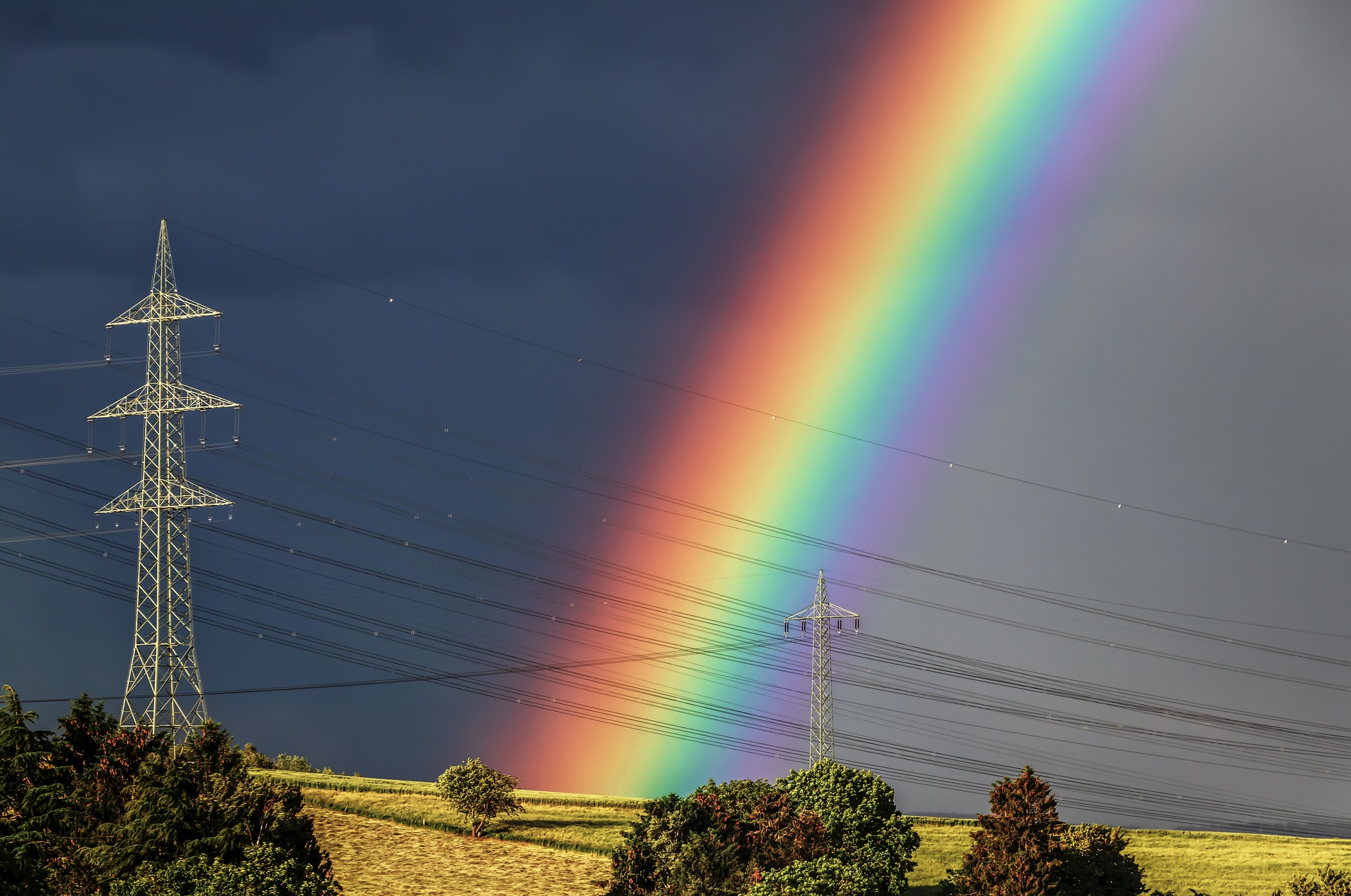 To this day, no one has known this, but I am making it public now. Any time I see a rainbow, I quietly freak out. Yes, they are lovely, and others make a fuss over them while I try to control my anxiety.

Each time, shortly after I saw a rainbow, something bad would happen. Thus began what my husband and I called "the year of calamity and death."

It wasn’t always so. Until my mid-30s, I wasn’t superstitious about anything. Then, one February in the early 1990s, I was driving down the freeway after a rainstorm. The sun was barely out, and deep gray rain clouds covered much of the sky. An odd rainbow peeked out, looking like an evil eye. I remembered it because it was so unusual.

Within days of my seeing the rainbow, my then-husband’s mother was diagnosed with incurable liver cancer. At that time I didn’t think much about the rainbow, with everything else that was going on. But in the following months, I started noticing other rainbows, even at odd times of the year for California weather. Each time, shortly after I saw a rainbow, something bad would happen. Thus began what my husband and I called “the year of calamity and death.”

That year, it seemed almost weekly, people–often young people–friends, relatives, acquaintances–would become ill or die. Both our fathers had cancer (they recovered). My husband’s best man was killed in a boating accident. Husbands of close friends died. My professional mentor died, which changed the course of my career. We went to a birthday party for an older person who recovered from illness and later the same day a funeral for a young friend. It got to the point when we almost changed our outgoing phone message to say, “If you are calling to tell us someone has died, please don’t, just hang up now.”

Just as suddenly as the calamity began, it ended, and things went back to somewhat normal. The rainbows would reappear, though, from time to time, never bringing good news. Years later, I saw one shortly before my father was diagnosed with his final illness. And yes, this February, I saw a huge rainbow as the coronavirus was becoming a menace.

Having been involved in science, I know all the logical explanations for what is happening. Correlation is not causation. There is ascertainment bias. Certainly, I must be remembering the rainbows I saw before a bad event, not any others when nothing happened. My lizard brain is now programmed for alertness and fear from these memories. The explanations all make perfect sense, but no matter what I do, the superstition won’t go away. I still cringe every time I see a rainbow.