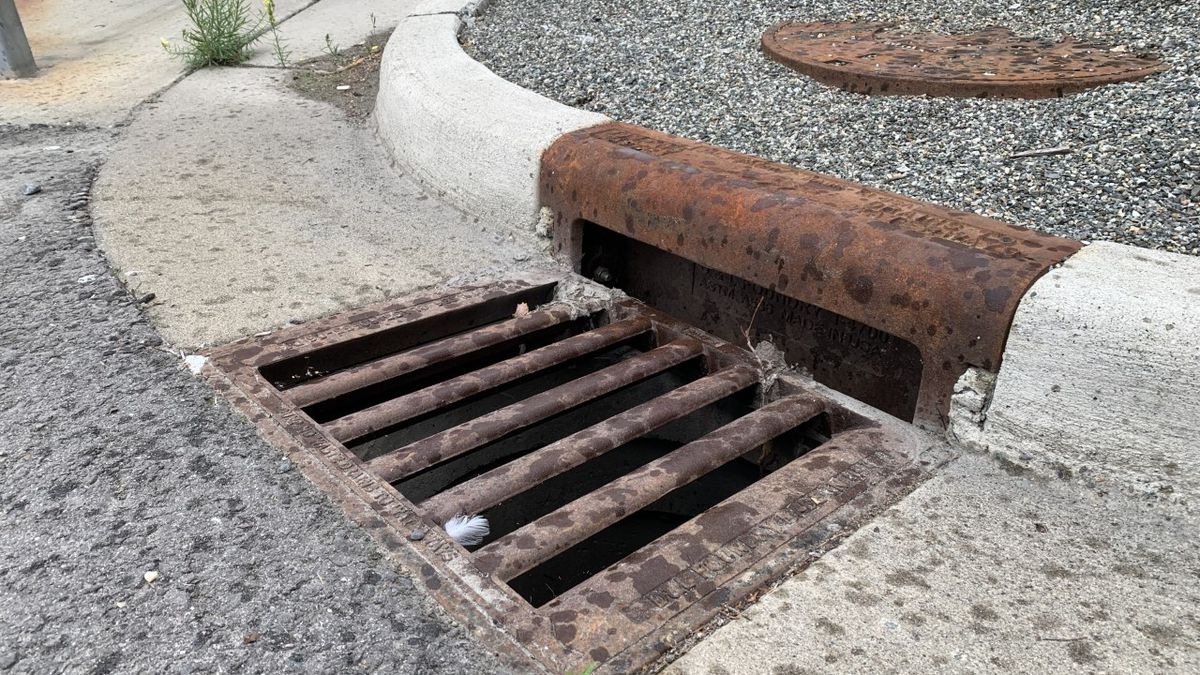 The time I almost lost my phone when it fell out of my pocket and went skittering down the storm drain.

The time I almost lost my phone when it fell out of my pocket and went skittering down the storm drain.

It was early September and, as we did for so many years, we had driven the 400 miles from Sacramento to Whittier to take Molly to college. We had spent a couple of days getting her moved into her dorm room, making Target runs to pick up things she only realized she needed after we got there, buying the books for her courses at the college bookstore, and generally getting her settled. Now, on the first day of classes, we were going to drive back home, but first we would take her out to breakfast at Mimo’s Cafe, one of our favorite restaurants in Whittier.

We parked the car in one of the diagonal spaces on the opposite side of the street. I was wearing a pair of shorts with fairly shallow pockets, and my phone was in my pocket. As I stepped out of the car, the phone fell out of my pocket and onto the street. I lunged for it, but not quickly enough, and it went skittering along the street into the gutter and then down the storm drain as I watched in horror.

I walked over and knelt down, peering through the slats. Yes, there it was, I could see it plainly, lying on a bed of leaves. This being Southern California, it hadn’t rained in months, so there was no danger of it getting wet. I reached my arm in, but it was way beyond my grasp. My husband and daughter both said guess you’ll have to get a new phone, but I said no way, it’s right there and I’m getting it back. My husband said it probably broke in the fall, so I told him to call it. He called and we could not only hear it ring, but we could see the face of the phone light up as it moved in a circle from the vibrations.

My husband and daughter were both hungry for breakfast and wanted to go across to Mimo’s, but I said I’m not leaving this spot until I get my phone. So they went, and left me there. But they did ask the people in the cafe if they had some kind of tongs that I could use to try to reach the phone. Meanwhile, I was figuring that I would probably have to make a call to the Whittier Sanitation Department to have them come and unlock the manhole cover and either send one of their own people down or let me go down to get it.

The owner of the cafe (who, by the way, looks a lot like Desi Arnaz) came out to give me his longest tongs, but they weren’t long enough. He left and came back with a broom, which was long enough to touch the phone, but couldn’t pick it up. He was out of ideas and had to get back to his customers. I needed to make some calls to find the right City office, but of course I didn’t have a phone to make the calls. And I wasn’t walking away from the storm drain because I felt that I had to keep my eyes on the phone at all times.

As I was kneeling there in front of the drain, a young African-American man came walking over with a push broom. I thought at first that he worked in the Cafe, but no, he might have been a customer, or just someone passing by who heard the conversation between my husband and the owner, and had an idea about how to retrieve the phone. He thought the push broom, with its long flat bottom, would work better than a regular broom, and he could sweep up the phone with it somehow. When that didn’t work, he went and got some duct tape and made loops of it, sticking one side to the broom and using the other side to stick to the phone and lift it up. That almost worked. It did stick to the phone, but wasn’t strong enough to pick it up. I was still kneeling there, watching him, barely breathing as he attempted each maneuver. I had basically not moved since first seeing it fall.

I still had in mind the idea of getting someone from the City to come and open the manhole cover. But the young man was not ready to give up his efforts yet. And his third idea was the charm. From somewhere he got a long-handled dustpan, stuck it down into the sewer, and scooped up the phone in that. Slowly he raised it up and eased the dustpan out, being careful not to tip it or else the phone would have slid off.

He extended the dustpan to me with a flourish! I was so relieved to have my phone back! And it didn’t have a single scratch on it! I was effusive in my thanks for his help. I may have hugged him in my exuberance. I offered him a twenty dollar bill, and I can’t remember whether he took it or not. I kind of think he didn’t. And then he just disappeared.

I finally had my appetite back. I crossed the street to Mimo’s and dug into the breakfast burrito my daughter had ordered for me. And it was still hot.

18 Responses to Call Me, Maybe