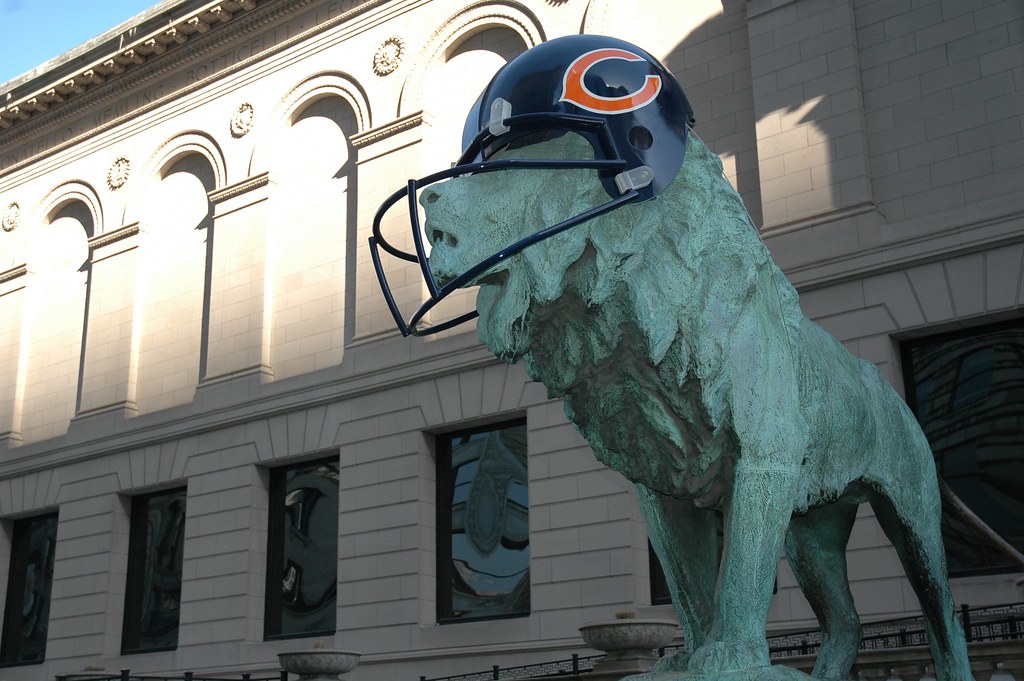 1986. The last time I cared about the Super Bowl. We had the “Punky QB” named McMahon, Walter “Sweetness” Payton, William “The Refrigerator” Perry, Dan “D-Animal” Hampton, Dave “Double D” Duerson, “Samurai” Mike Singletary, “Speedy” Willie Gault, and “Da Coach,” AKA Ditka. My kids, ages 15, 13, and 9, had become versions of Robert Smigel’s infamous Superfans, who were local favorites and later huge hits and Saturday Night Live in the early nineties. We never missed a game on our march to Super Bowl XX.

Thirty-five years after the giddy fun of singing the Super Bowl Shuffle and celebrating Da Bears’ victory, this former Superfan is done.

The Super Bowl Shuffle was performed endlessly by my kids. They knew every word and could imitate all of the gestures. In case you don’t remember Super Bowl XX and are not from Chicago, its chorus was: 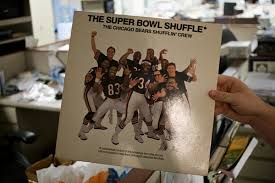 We are the Bears Shufflin’ Crew
Shufflin’ on down, doin’ it for you.
We’re so bad we know we’re good.
Blowin’ your mind like we knew we would.
You know we’re just struttin’ for fun
Struttin’ our stuff for everyone.
We’re not here to start no trouble.
We’re just here to do the Super Bowl Shuffle.

The members of the Shufflin’ Crew had their breakout solos:

Walter Payton rapped,
“Well, they call me Sweetness,
And I like to dance.
Runnin’ the ball is like makin’ romance…”

Willie Gault’s verse included,
“This is Speedy Willie, and I’m world class.
I like runnin’ but I love to get the pass…
Now I’m as smooth as a chocolate swirl,
I dance a little funky, so watch me girl…”

And our favorite verse from Jim McMahon, who usually wore his signature headband and sun glasses,
“I’m the punky QB, known as McMahon.
When I hit the turf, I’ve got no plan.
I just throw my body all over the field.
I can’t dance, but I can throw the pill…” 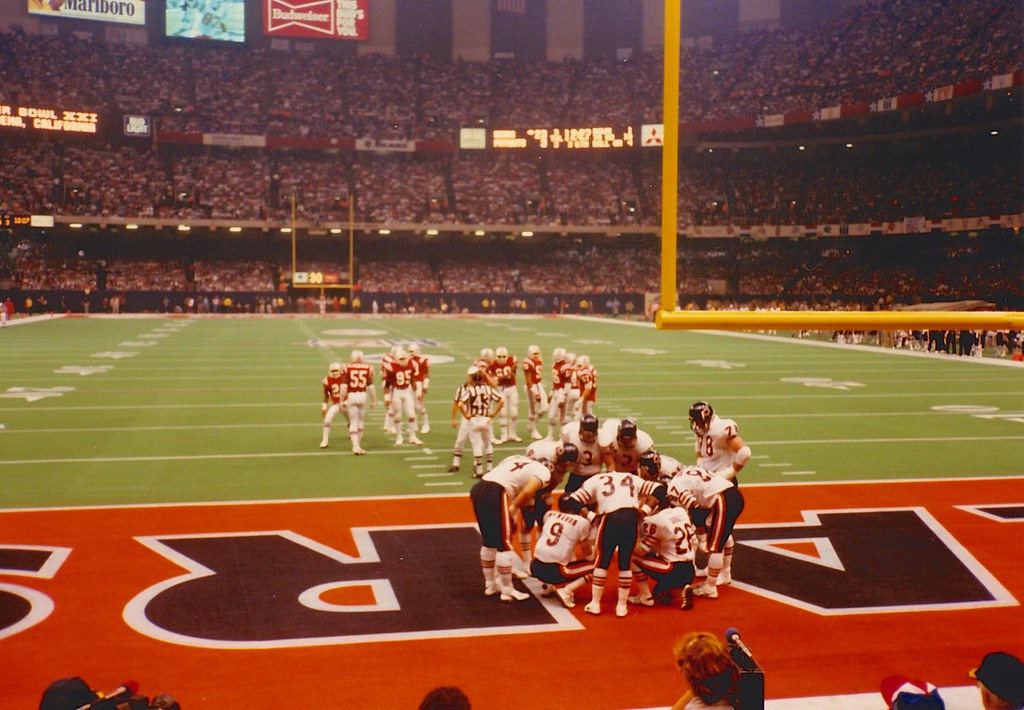 The only Super Bowl party I remember attending was that year, although it’s possible I went to one in 2007 when the Bears lost. In 1986, we went to our friend’s party dressed in our Bears paraphernalia. Everyone was super excited until my 13-year-old daughter threw up and she and I were exiled to watch at home. Not so thrilling to view the actual game with a miserable and feverish kid, although my husband and other two kids had a grand time. Despite not being able to enjoy the actual, and only, victory of Da Bears in the Super Bowl, I did savor the aftermath. Chicago was giddy as it celebrated its beloved team with a parade and Grant Park rally. We had videotaped the game and celebration and watched them several times to relive the miraculous achievement. What ever happened to that videotape? What ever happened to those guys?

Well, several members of the Shufflin’ Crew have done very well for themselves in the 34 years since Super Bowl XX. Most notably Ditka, affectionately still known as Da Coach in these parts. Now 80, Ditka made a fortune as a sports commentator, restaurant owner, entertainer, celebrity pitchman, and all-around person of interest. His politically conservative views have made him less amusing and endearing to me. He was an adamant critic of NFL players kneeling during the national anthem to protest racial discrimination, arguing that America has been free of oppression for the past 100 years. I guess you could say he’s been monetarily successful, but he’s no beloved hero to me.

Other success stories include Dan Hampton and Mike Singletary, who both made the Football Hall of Fame. Hampton became a broadcaster, while Singletary ultimately had a career coaching in college and the NFL. Willie Gault was both a track and football star, did some acting, and according to some sources has been financially successful. Walter Payton was a Chicago hero until his death on Nov. 1, 1999, at age 45 of bile duct cancer and liver failure. After retiring, he had success in several business and worked to help others through the Walter Payton Foundation.

It is the members of the Shufflin’ Crew whose lives took a bad turn after the Super Bowl glory and football ended for them that shape my current feelings about the sport. That “Punky QB” with his cool demeanor was part of a class action suit against the NFL for its negligence in treating players who suffered multiple concussions and head injuries in service of entertaining the fans.  In his prime, he was a wise guy who suffered numerous concussions, a broken neck and a lacerated kidney. The team doctors treated his problems with pain pills and injections.

McMahon now has symptoms of dementia, and he is likely suffering from Chronic Traumatic Encephalopathy (CTE), brain degeneration caused by repeated head trauma. His teammate and star on defense, Dave Duerson, killed himself at age 50 due to depression and CTE symptoms. Both men willed their brains to science, as CTE is a diagnosis made only at autopsy by studying sections of the brain

Another sad outcome that reveals a different aspect of football is William Perry. In 2008, “The Refrigerator” was diagnosed with Guillain-Barre syndrome, a chronic condition that causes nerve damage. By 2011, heavy drinking, health problems, and lack of money left him a 425-pound, wheelchair bound man with diabetes. He sold his flashy Super Bowl ring and moved into his late father’s house under the care of his brother. According to an article by Parnav Guur published in Medium, “Perry’s only income comes in the form of monthly government disability insurance, social security, and NFL pension payments.” I guess no one teaches football heroes how to manage their money once the fame and glory have passed.

These days, I’m not much of a football fan and have no desire to watch this year’s Super Bowl. While my husband, son, and sons-in-law are still prone to shout or cheer when someone makes a brutal tackle or sacks the quarterback or is called for unnecessary roughness, I have lost all interest in this aspect of the sport. I ruin the games I do watch with them by calling out “unfair” or “too rough” or “time out.” I hate the excessive displays of forced patriotism and don’t get why teams with lousy quarterbacks (think Da Bears 2019) don’t sign Colin Kaepernick as a backup or even starter. I guess I dislike the owners’ politics as much as I detest the unnecessary violence. Thirty-five years after the giddy fun of singing the Super Bowl Shuffle and celebrating Da Bears’ victory, this former Superfan is done. 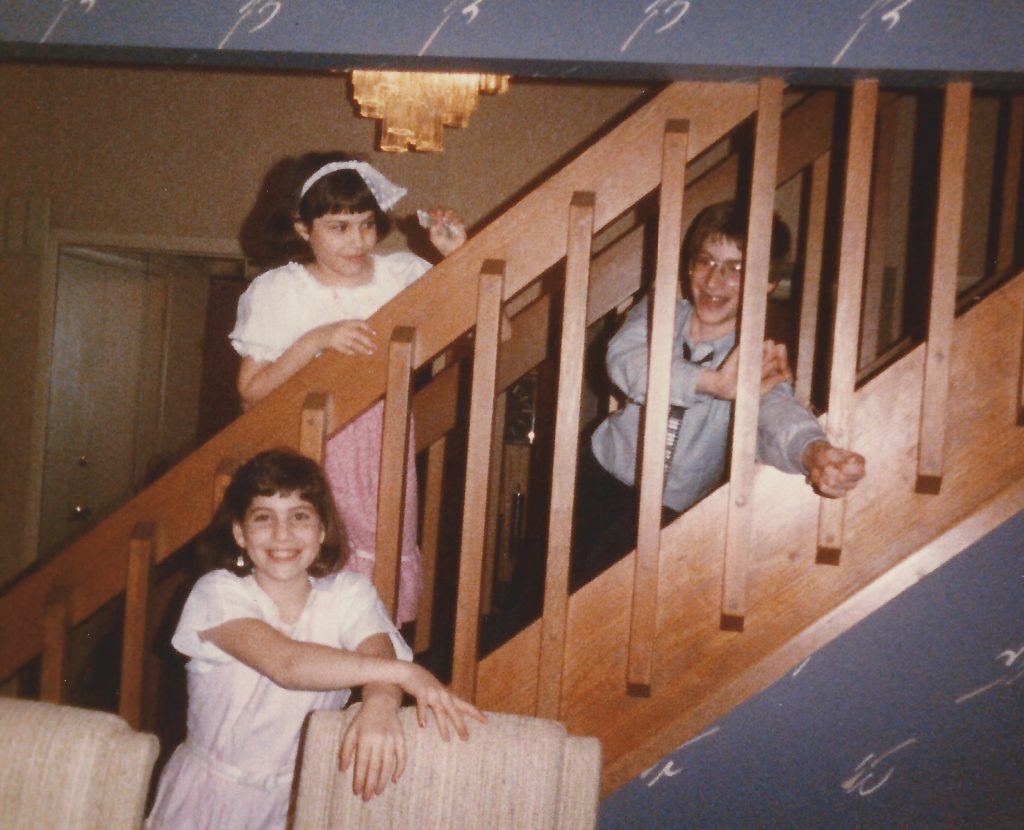 My kids in the Super Bowl XX era