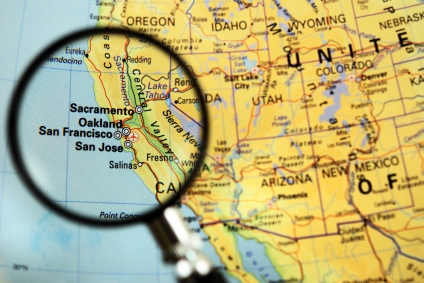 I do not have a good sense of direction. I never have. From seventh through twelfth grade I went to a school in another town about twenty minutes away. (My mother always said that every place we needed to go was twenty minutes away. Looking at Google maps now, using city streets to get from my house to the campus, which is how we always went, confirms that it actually would take twenty minutes. In those days going into Manhattan also took twenty minutes.) Anyway, at some point my mother decided I should learn the route, so that if anyone else ever offered to drive me, I could give them directions. It took me months to learn the whole route, but I finally did it. There was nothing instinctive about it, it was all rote memorization. And it was all “turn left here, turn right there,” I never had a sense that this is just the general direction we need to go. Occasionally it was “turn left at the Esso station” or “turn right at the ice cream parlor,” which worked better for me than just street names.

I do not have a good sense of direction. I'm usually good with maps, unless I have them upside down. And grateful now to have GPS.

The one place I could actually do pretty well finding my way around as a teenager was Manhattan, because all the numbered streets and avenues made sense. If I was on 48th Street, for example, and I knew I needed to go uptown, I could walk one block and know if I was going the right way or not. If I got to 49th, I could keep going. If I got to 47th, I had to turn around and go back the other way. Most of the time I picked the wrong way, but at least I knew my mistake quickly! I also knew that the pattern on the one-way streets was Even-East, so I could orient myself that way. If it was an even-numbered street, the traffic was going east, and if it was an odd-numbered street, the traffic was going west. Of course that didn’t help me on the two-way streets. And down in the Village, where the streets had names instead of numbers, I was hopeless.

The New York subway, however, was another matter. You would think that would be easy too, if the signs say Uptown on one platform and Downtown on the other. But I do remember one time when I was going to or from my friend Amy’s house, and I got confused. I took a train in the wrong direction, and didn’t realize it until I was in the middle of Harlem. I had to get off that train and cross to the other platform to get a train in the opposite direction. Standing on the platform I couldn’t help noticing that I was the only white person in the entire station. I don’t remember if I was nervous or not – I might have been too clueless to recognize the potential danger. However, later when I told people what station I had been waiting in, they definitely freaked out. Oh well, I got where I was going, so it all turned out okay.

I could generally do pretty well if I had a map, once I figured out which way to hold it. That’s where it helps to know where north, south, east, and west are in real life, not just on the map. I remember being in Amsterdam by myself when I was nineteen, and looking on a map for wherever it was that I wanted to go. It appeared to be only about three blocks away from where I was standing. I started walking in exactly the opposite direction from what I should have done. Once I had gone the three blocks and didn’t see what I was looking for, I figured I must have been mistaken about the distance and I should walk another block. And another. And another. It never occurred to me to turn around. I finally got to where the street ended, having walked a mile or more. At that point I was exhausted, and I think I just took a taxi back to the hostel where I was staying. I don’t remember what I was trying to find, but I do remember the frustration of realizing I had walked so incredibly far in the wrong direction!

Nowadays there is GPS in cars and on phones. I use it for walking as well as for driving. Sometimes I have qualms about where the GPS is taking me, but I know I just have to trust it, because it has a much better sense of direction than I do.

And if you’re wondering about the song title title, I never got lost trying to get to San Jose, but for an amusing story about driving from Palo Alto (which is near San Jose) to Oakland, please check out Girls Just Wanna Have Fun.

16 Responses to Do You Know the Way to San Jose?