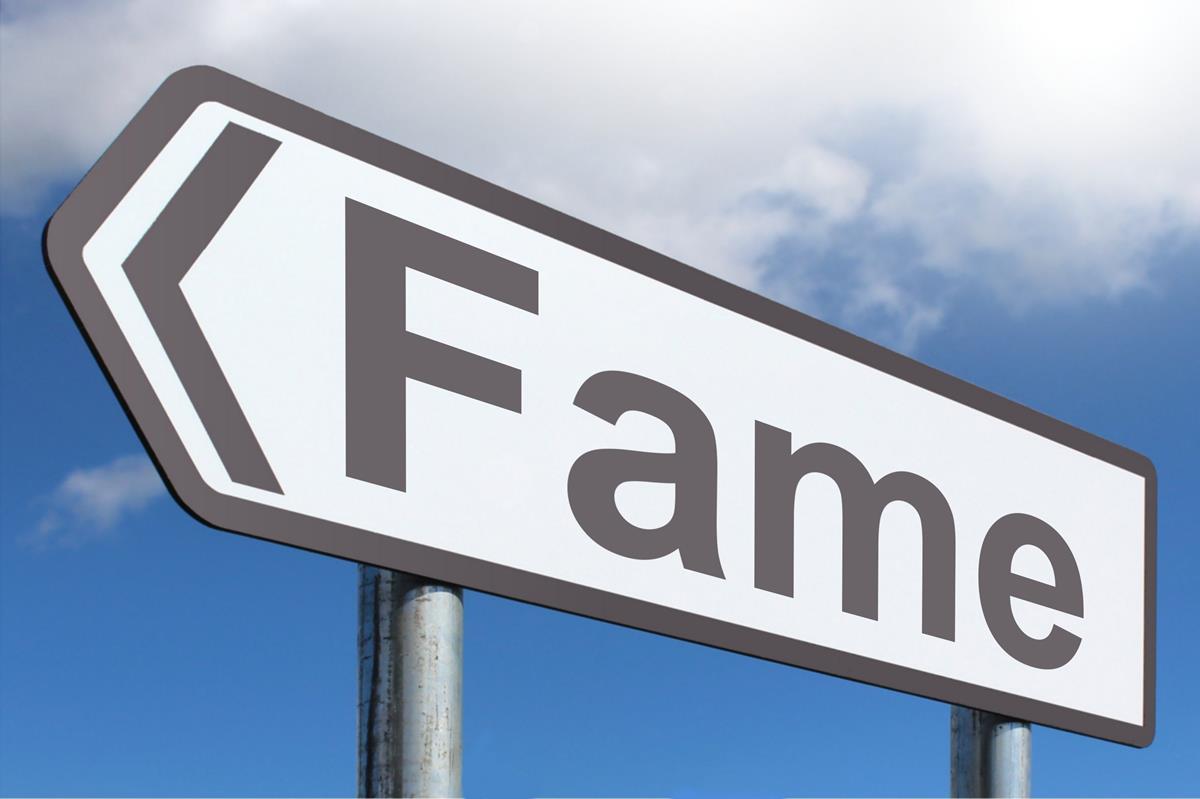 In 1980, when the movie Fame came out, my kids were 9, 7, and 3. Maybe we took them to see it and my youngest likely slept through it as she did through most movies that only interested her older siblings. But I know for certain that they watched the television show inspired by the film that ran from 1982 to 1987. I remember my daughters belting out the lyrics:

Most successful people follow their dreams and achieve things that bring great meaning to their lives. For a very few, lightning will strike and they will become famous. But for most, the satisfaction will come from a job well done and a life well lived.

During those years, the girls were pretty good figure skaters, but neither of them expected to become famous or Olympians like their idol, Kristi Yamaguchi. While a couple of their fellow skaters became briefly famous, there was a huge trade-off for those “15 minutes of fame” described by Andy Warhol. To be that good as an athlete meant sacrificing their educations and any semblance of a normal life.

Erma Bombeck, humorist and author of countless newspaper columns and fifteen books, many of which became best sellers, said, “Don’t confuse fame with success. Madonna is one; Helen Keller is the other.” Since she was rather famous in her day, I’m not sure if she saw herself as a Madonna or a Helen Keller in her profession. I suspect the former. Nevertheless, I loved her writing about the travails of a typical midwestern housewife and mother. She was funny. She was very successful. As she also said, “It takes a lot of courage to show your dreams to someone else.” But do millennials remember her name?

I suspect most folks who work hard at something harbor a fantasy that they may achieve both success and fame. I self-published a very modest book called Terribly Strange and Wonderfully Real back in 2016. In keeping with my outlook on life, I valued the process and was proud that I had accomplished my goal. The book contained the thoughts and memoirs of a recently retired woman (that would be me) who was staring down her seventieth birthday and mourning the death of her mother. Just completing it was a success for me. I declined to make any effort to promote it and yet, like anyone who bothers to write a book, I had a secret thought that someone would discover my book and hand me my fifteen minutes of fame.

Of course, that never happened. I have done a few things in life that were successes. I started a preschool that still exists 26 years later. After retiring, I took up writing and have published many blog posts. Most of all, I have had a beautiful marriage for fifty years, have raised three children of whom I am very proud, and am now enjoying eleven grandchildren. No fame in any of that, but definitely a fulfilling life.

My advice to my kids growing up was to find their passion, make the most of the gifts they were given, and give something back to others. I guess my aspirations for my children weren’t so different from Michele Obama’s, “I want a president with a record of public service, someone whose life’s work shows our children that we don’t chase fame and fortune for ourselves: we fight to give everyone a chance to succeed.”

Presidents and First Ladies are, by definition, famous. Artists, actors, authors, and athletes can achieve fame, although only a tiny percentage do so. Most have to find another path, and some achieve fame after they are long gone. For most folks, it is personal success that gives meaning to life. Fame does not always equate with giving anything of value to others. Think Paris Hilton or the Kardashians. Their drive for fame will be fleeting. Remember their names for a future trivia contest.

K. Rowling said, “The fame thing is interesting because I never wanted to be famous, and I never dreamt I would be famous.” What drove her to write the Harry Potter books and other works that have brought so much delight to readers young and old and have sold 500 million copies? I’m sure when she wrote in cafés in 1993, Rowling felt like a failure. She was a recently divorced mother of a young daughter living on welfare and beginning a teachers’ training course. Twelve publishing houses rejected her manuscript for Harry Potter and the Philosopher’s Stone. Nevertheless, she persisted, not because she wanted to be famous but because she wanted to achieve personal success. She had a passion for writing, made the most of her gift, and gave great pleasure to others. That’s success with fame being the icing on the cake.

Most successful people are not famous. They don’t create things because they want people to remember their names. They are the people who follow their dreams and achieve things that bring great meaning to their lives. For a very few, lightning will strike and they will become famous. But for most, the satisfaction will come from a job well done and a life well lived.

6 Responses to Fame is Not the Same as Success