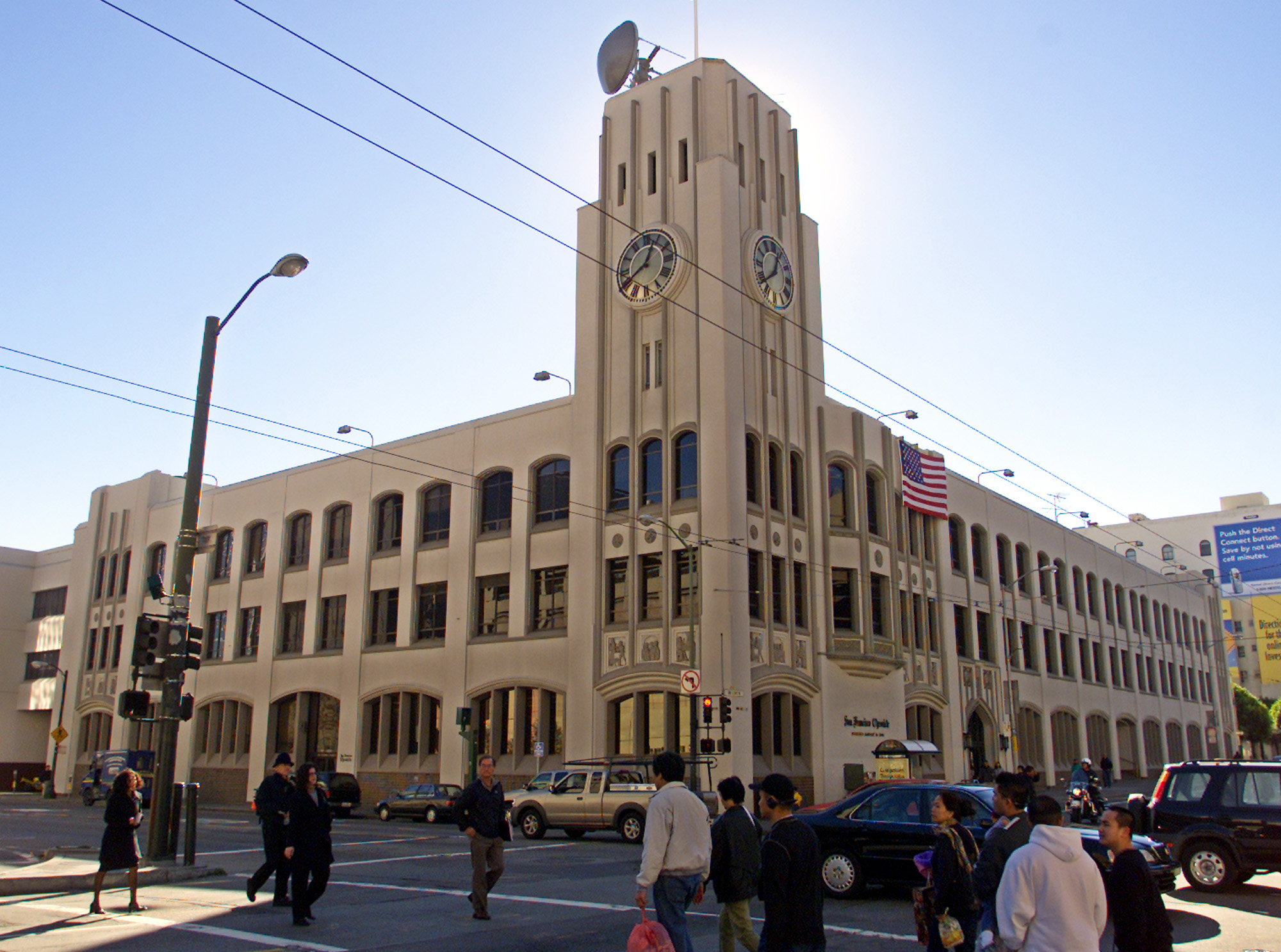 I never asked to be a movie critic. And yet it happened. People don’t believe me when I say this; they assume movie reviewing is such a plum job that I must have scrambled and hustled to get there. Not really.

In 1991 I’d been working at the San Francisco Chronicle seven years when the senior movie critic Judy Stone took a buyout offer and retired. In a crisp email, the assistant managing editor informed me I would forthwith be reporting full-time as a movie critic. There wasn’t any “Come in to my office to discuss…” conversation. No “How would you feel about doing this…?”

I was the logical choice, given that I’d been pinch-hitting for Judy when she was out sick or on vacation. Plus, I’d previously reviewed films for the San Francisco Bay Guardian, an alternative weekly. That job also came unbidden: I got it because my neighbor at the time was the arts editor and had a hunch I could do it.

Even though I had a lifelong love of movies, and a deep trove of cinema trivia in my head, I never thought I’d be a critic. I figured my take on movies was too idiosyncratic, too personal and off-the-mainstream. I later realized that every film critic is idiosyncratic — that taste and aesthetics are by definition deeply personal. If a critic writes safe, generalized pabulum that doesn’t spring from a strongly impassioned point of view, then you’ve got a problem.

For the next 12 years I reviewed movies full-time in addition to writing features and profiles on movie personalities. I saw between 200 and 250 movies per year, and wrote up to five reviews and feature stories per week. I got to meet Catherine Deneuve, Lillian Gish, Stephen Spielberg, Lucille Ball, Gregory Peck, Pedro Almodovar, Clint Eastwood, Laura Dern and hundreds more. I went to film festivals in Toronto, Sundance, Telluride, and Hong Kong. I had the privilege of championing artists like Krzysztof Kieslowski and Satyajit Ray, whose work might otherwise go unnoticed because their distributors had tiny advertising budgets; and I got to discover Oscar-winning filmmakers like Alexander Payne (Sideways, The Descendants) and Steven Soderbergh (sex, lies, and videtape; Erin Brockovich) as their careers were just starting. 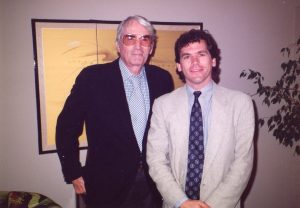 Being a movie critic brought me a minor level of fame in the Chronicle’s circulation area — at least among the people who read movie reviews — and a feel for the privileges and annoyances of being a public person. I was gratified when someone said, “You’re my favorite critic” or “I saw that movie you recommended and loved it.” It was fun to see my name quoted in a movie trailer, and then hear from a cousin back East or an old college friend who also saw the trailer. Who doesn’t like an ego boost? I enjoyed the dialogue with readers and the fringe benefits — like getting choice seats and not waiting in long lines; like getting comped for concerts and plays; like having my phone calls answered quickly. You can get spoiled that way, and I did.

Being semi-famous wasn’t always fun. When email became the standard communication mode in the early ‘90s, the feedback I received tripled or quadrupled. Some correspondents were kind and thoughtful; a lot were not. I learned that anger, not satisfaction or admiration, is the single greatest incentive when writing to a total stranger. Think about it: How often do you contact your utility company and enthuse, “Wow, the heat feels great on this blustery day. Thank you!”? 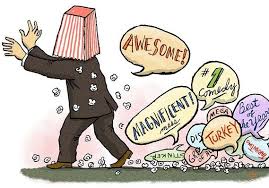 One day a fellow reviewer at the Chronicle asked me, “Are you getting a lot more hate mail now that everyone’s doing email?” I was. “You owe me the $10 I wasted on that piece of crap!” was a grumble I received more than once. Or, “Are you sure you saw the same movie I saw?” Or this lulu: “It is clear in the last analysis that the only thing coursing through the mind and pen of Edward Guthmann is viciousness of the lowest sort.” At least he could string a sentence together.

One hater used to cut my reviews from the paper, deface them with a large rubber stamp saying “BULLSHIT” and mail them back to me. (He did that with other critics, I learned.) People take movies personally and if you criticize something that touched them or reinforced their identity, they feel you’ve violated their entire being. Occasionally I got nasty phone calls at home — always anonymous. A colleague introduced me to a friend once who said, “I always know I won’t like a movie if you do.” How the hell do you answer that? 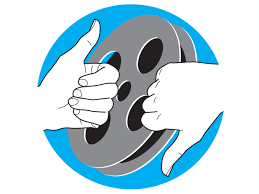 Once you’re semi-famous, you’re fair game. At a preview screening I was photographed kamikaze-style from three feet away by the since-deposed editor of a San Francisco literary journal. He hated something I’d written. “You might ask first before you photograph someone,” I said. “Ohhh, would the Chronicle?” he sneered. The next day, he posted the photo online and claimed I “lashed out” at him when he took the picture. 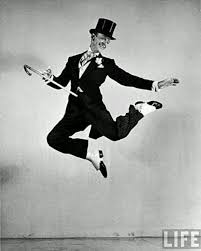 In October 2003 I wrote my last review, asked to be reassigned, and started writing author interviews and a variety of profiles. I bailed because my assignment editor was intolerable (a very long story), but as soon as I quit I realized how much I’d come to dislike the reviewer grind itself. Had the movies all been stellar, I might not have minded, but many were awful — and often in the same way that movies from the previous week were awful. I sometimes felt like I was justifying the stinkers by giving them any attention at all.

Suddenly my evenings were free. Slowly, I could recapture the original love of movies I developed as a 7-year-old watching Fred Astaire and The Wizard of Oz on TV. In that first year after quitting, I saw only one or two movies a month instead of four or five a week I didn’t have to sit through soul-destroying bilge to the bitter end. I only saw the movies I wanted to see, and if I was bored I got up and walked out. I was liberated! Like a frog in a pot of water that slowly comes to a boil, I hadn’t realized how accustomed I’d become to stress, discomfort and a begrudging sense of duty. 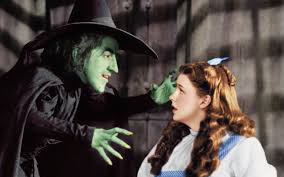 At the same time, I knew I was surrendering a kind of cachet and name recognition, that I would miss the communication with my readers and the cushy, glamorous aspects of the job. I felt a pang of regret that my 12-year-old nephew, who liked having a movie critic for an uncle, would lose his bragging rights and be disappointed for himself and for me. But I don’t regret my decision: I regained an ease and comfort in my life.

Most of the writing I do now is personal, and my relationship with movies has never been better. During Covid, I watched Turner Classic Movies and streamed new titles regularly. I found that old favorites have a new dimension, a new fascination. Having lived more, I appreciate them on different and deeper levels. I’m falling in love all over again.

17 Responses to Confessions of a Recovering Film Critic