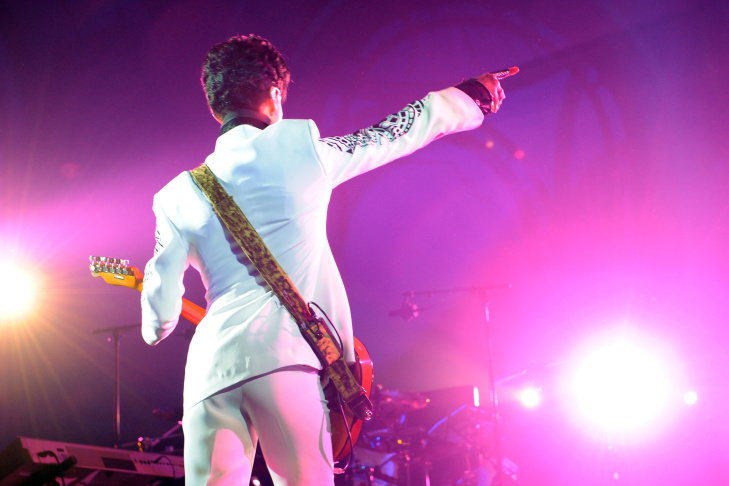 Toward the end of 2002, our first full year on Maui, we were approached by Irene, a local vacation rental agent. Would we be interested in renting our house out over the holidays? She had a client, a celebrity musician whom she couldn’t name, who was interested in booking it for a month. He wouldn’t be inviting all his friends or throwing wild parties, she promised. All he wanted to do was relax and kick back out of the public eye. She named a rental amount that, even after her 20% commission, seemed extravagant.

You turned down backstage passes, our friends asked? Are you CRAZY?

We looked at each other. We had been planning to go to California over the holidays anyway. And the amount was at the “offer we can’t refuse” level. Shit yeah. Why the hell not? 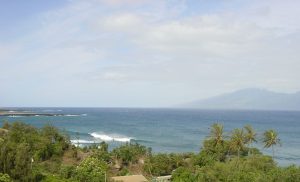 View from the lanai

Once we signed a nondisclosure agreement—which still did not name the mystery guest—the rental agent visited with Trevor, the guest’s head of security, in tow. The guest, he said, was especially interested in our piano, a glorious Bechstein grand. He toured the house and approved the setup, on a bluff overlooking the ocean. The only thing that worried him was the pool complex, with a spa stepping down to an infinity dipping pool, and the water cascading from there into the infinity lap pool. It was wide open to a spectacular view of the crashing surf below and the islands of Moloka’i and Lanai beyond, between which the sun set nightly. It’s too open, he said; it could be seen from the road below. Would it be okay if they brought in potted trees from a nursery and positioned them around the pool? They would pay the expense and remove them at the end of the rental. We looked at each other again. Block the view? Is he crazy? But we shrugged and said, sure.

The agent sent us the rental agreement, which again did not reveal the guest’s identity but listed an address in Minneapolis. By then rumors were swirling around the island via the “coconut wireless,” and they all seemed to center on Prince—or, at that time, The Artist Formerly Known as Prince. We weren’t really fans—our shelves of CDs were full of classical music, not pop—but of course were aware of him. He was apparently very religious and not known for drugs or partying. We signed the agreement.

The next three weeks were a whirlwind of activity as we made the house habitable for rental. It seemed like we made the 2-hour drive to and from Kahului, where Lowe’s, Costco, and even the previously shunned Walmart were located, once or twice a day. We purchased new sets of bed linens and towels for guest use. We put a lock on one of the master closets to store our own personal belongings. We scoured the island for the last bits of furniture that we hadn’t had a chance to acquire. We even wrote an instruction manual for our sound system and projection TV. 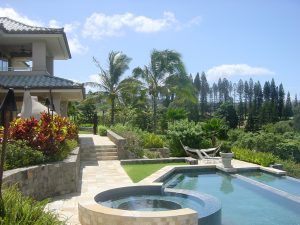 A few days before the guest’s arrival, Trevor visited again with a more critical eye. This time he focused on the master bedroom, which also overlooked the pool and the ocean. Can we get rid of the bed? he asked, indicating our elegant four-poster. He likes to sleep on the floor. Really? Okay, if that’s what he wants. We painstakingly dismantled the bed, dragged the heavy posts and rails down to the garage, and placed the mattress and box spring on the floor like a college student.

Trevor also didn’t like the sheer curtains on the glass door to the bedroom lanai, through which the sun streamed each morning. He needs it dark, he said. We rushed into Kahului and bought darker curtains, but even those didn’t pass inspection. Finally, Trevor went into town and bought rolls of black tarp with which we all papered over the sliding doors. It seemed criminal, blocking not only the view but access to the lanai. But the guest is always right.

As we packed up to leave, we surveyed the house with Irene and Trevor. The artist, still unnamed but now tacitly acknowledged as Prince, would be performing in Las Vegas on New Year’s Eve. Would we like to attend, Trevor asked? He could arrange backstage passes. Again, we looked at each other. Did we really want to arrange another set of flights, find suitable accommodations, and brave the New Year’s Eve crowds in a city we disdained, just to see an artist we weren’t really fans of? We thanked him and said no.

That’s the one decision we came to regret, after he died and we realized he wasn’t just a pop star, he was a cultural phenomenon.

We had a lovely holiday back in California and returned to Maui a few days before Prince was scheduled to leave. Irene called and told us Prince loved the house and wanted to extend his stay another week. No problem! We had a condo nearby where we could bunk for the duration. We arranged with Trevor to come over one day when Prince and his entourage were out and pick up some personal items.

But when we got there and opened the garage door to enter, we immediately realized a problem: trash bags of garbage that looked and smelled like they’d been there for weeks. Prince was so protective of his privacy that he refused to let the trash collectors in. We begged Trevor to let them do their jobs, but apparently he would tolerate no intrusions. 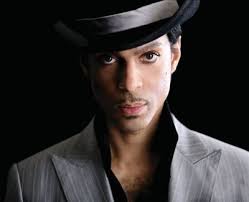 Prince ended up spending five weeks in our house. Trevor said he might have stayed longer but the roosters were starting to get to him. We were fully sympathetic.

When we finally moved back into the house, it was pristine and undamaged. He left behind only a few Christian tracts. And, in the garage, a mouse infestation that we resolved over time but turned out to be a problem for our next celebrity renter, Stevie Nicks. But that’s another story.

So that’s our brush with superstardom. We never met Prince, never attended one of his concerts. But we spent a lot of time and effort trying to satisfy his every desire. He ate at our table, swam in our pool, and slept in our bed (or at least on our mattress). And whenever we play our piano, we remember our mystery guest.