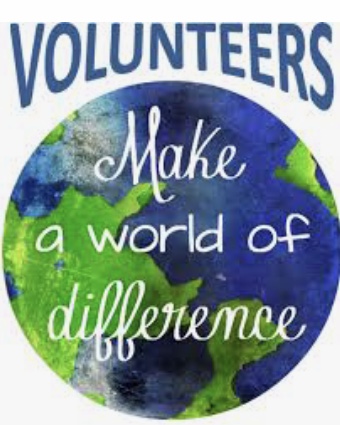 When we moved to Manhattan’s Yorkville neighborhood in the mid-1970s I was a young mother on maternity leave at home with a one-year-old,  and every day,  weather permitting,  we’d find ourselves  across the street in Carl Schurz Park.   The park was named in 1910 for the German-born Secretary of the Interior at a time when Yorkville had a very large German-American community.   And several excellent German restaurants can still be found in the neighborhood serving delicious sauerbraten and strudel.

One day as my toddler played in the sandbox,  I started a conversation with a woman named Cheryl who was sharing my park bench.   I told her that Carl Schurz Park with it’s playground,  gardens,  East River promenade,  and historic Gracie Mansion,   the mayor’s home,  was a godsend for me.  (See Kente Cloth)

“I volunteer with a civic group that supports the park.“  Cheryl said,  “It’s a good cause,  why don’t you join us?”. 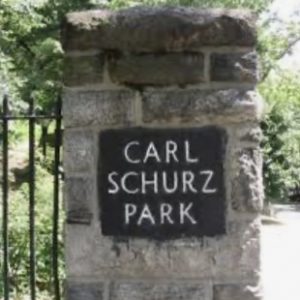 The city was in financial crisis at the time and our fundraising and event-planning efforts for the park were especially needed.   We formed a volunteer gardening committee to work with the city’s Parks Dept,  ordered new and safer playground equipment,   planned outdoor summer concerts,  and organized children’s and holiday programs.    We also established a strong presence on the local community board,  and ran an annual,  juried art show that attracts visitors from all over the city. 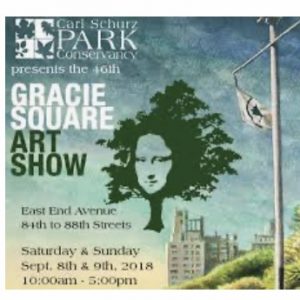 And I learned how much a handful of dedicated volunteers can accomplish and how rewarding working for a good cause can be.   Then after many fulfilling years on the board,  I stepped down making way for an eager,  younger volunteer to step in.

Years later,  when I retired from a long career in school libraries,   my  friend Karlan,  a recently retired public librarian herself,  called me.

“I’m heading a new organization called Literacy for Incarcerated Teens / LIT,”  she said,  “ it’s a good cause,  won’t you join us?“

LIT,   Karlan explained,  is a community-based non-profit committed to combating illiteracy in court-involved children and young adults by partnering with New York’s city and state agencies and school districts.   To this end LIT raises and allocates funds for the creation of libraries and book collections in juvenile detention centers.   And equally important is the funding LIT provides for teachers and librarians to create literacy and arts programming including read-ins,  poetry slams,  literary festivals,  museum trips,  and art,  music,  and writing workshops led by visiting artists and authors.

Having worked for decades at an inner city vocational high school,   I’d seen too many of our students with reading and other deficiencies in dire need of remediation.   Our faculty worked hard to help them,  and we celebrated those who graduated and went on to good jobs or to college.

But hard as we teachers and support staff might try,   the deck was stacked against many of these kids and they took the wrong path,  sometimes landing in detention centers like the ones served by LIT.   So this was certainly a cause dear to my heart,  and I joined Karlan on the LIT board.

Once during a writing workshop at one of the centers,  a visiting author read to the kids from one of his books,  elicited their responses,  and then encouraged them to write short pieces of their own to read aloud.

One student,  very pleased with the piece he’d just written,  asked if the author could come back and lead another workshop.    The author said that indeed he was coming back in two months.

“Damn”,  said the kid disappointedly,  “my time will be up by then and I’ll be out!” 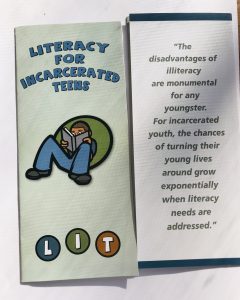