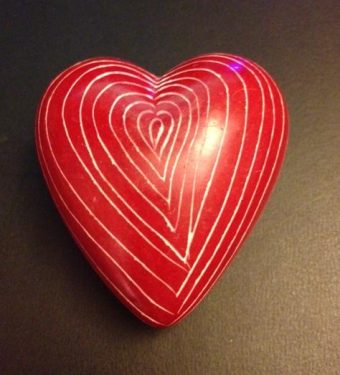 My story begins at the end of a harrowing week, the week my 81 year old father died. His kind heart, the one he always wore on his sleeve, finally gave out. He had warned me in so many words: you never have as much time as you think you do. He died on a Sunday morning in April.

I’d just returned home after having coffee with friends. Over my usual café au lait and bagel, I had told them that my father was tired, he was done, he was living a life he no longer loved. Good friends, they had listened and sympathized.

As soon as I got in the door, my teen-age son greeted me with a face I’d seen before–when he was about to complain of a stomach ache on a school day. “What is it?” I asked him, thinking: he has a rehearsal today and he can’t miss it, even with a headache or a stomach ache. In our family, with a long involvement in theater, the show must go on. He swallowed hard and finally said, “It’s…your sister called.” And then: “Papa Sam died this morning.” I burst into tears and held onto my son. And then I reached for the phone and called my mom. My husband came home moments later and found me sobbing into the phone.

Tradition dictated that the burial happen quickly. We settled on date, place and time. We wrote the obituary. We planned for food. All the arrangements got locked into place. Finally, we had to think about what to wear. I would be speaking at the service, and wanted to look nice. And so I ended up driving to the shopping mall with no ideas about what to look for and no real desire to be there.

It was destined to be one of those bad shopping days. Nothing fit, the colors were wrong, everything was too young, too old, too not-right. The racks in all the usual good luck places were out of magic. No marked-down sale items on hangers calling my name as I walked by. I remained unmoved by their fall from retail grace. Maybe I just wasn’t under the usual spell of enchantment, oblivious to the charms of the pianist gliding her fingers over the keyboard as she played  show tunes and standards designed to make shoppers reach eagerly for their credit cards, trance-like, at the counters throughout the cavernous store. Shopping at Nordstrom was usually a happy time, but not that day.

Halfheartedly running my hands along fabrics in spring colors, occasionally taking a hanger off a rack and putting it back — this was worse than I anticipated. What was I doing there anyway? Was shopping the best thing I could think of to do right then? What did that say about me?

I was drawn toward something. It was a red jacket, a blazer. The color was more of a  sedate scarlet than a perky cherry red; it had a quiet dignity that didn’t scream “red” so much as say it:  I’m red. Don’t make a fuss.

As if on a blind date with someone I had doubts about already, I walked back to the dressing room with the jacket, certain to be let down. I tried it on, while trying not to look at myself above the collar. I knew the harsh lighting would highlight the dark circles under my eyes, my washed-out skin and dull hair. As I looked in the three-way mirror, I decided that the jacket would do, but the sleeves were several inches too long. I had spotted the sign on the way into the dressing rooms that designated a day too far in the future for alterations on purchases made that day. It was not to be, this red jacket. Then Esther, the sales person who had brightly offered to help me, peeked into my dressing room and cocked her head.

“We can have those sleeves taken up and have it ready for you in a couple of days.”

“No,” I told her, shaking my head slowly. “I need it for tomorrow.”  I took one more glance in the mirror, and then began to take the jacket off.

She looked at me, thought for a moment, and asked, “Can you find something to do for about an hour? We can have it ready for you then. I’ll be at lunch, but someone else will keep an eye out for you.”

I nodded, mumbled my thanks, and waited for the seamstress to come in, still avoiding my reflection.  How could Esther have known what I wanted the red jacket for? Did she read it in my face? I didn’t think to ask. A short woman with a pincushion on her wrist entered the dressing room moments later, quickly pinned up my sleeves, then gestured for me to go as I shrugged out of the jacket.

I stepped out into the April sunshine and found a pretty card in a nearby stationery shop. I sat down and wrote a note to Esther, telling her that my father had always liked me in red and that I would wear the jacket at his service the next day and how much it meant to me that she was helping me, and as I wrote I could not keep the tears from falling. Shoppers passed me by, enjoying the afternoon, not really noticing the sniffling writer on the bench pouring her heart out to someone she would never see again.

I took out my cell phone and called my sister, letting her know that I had found a nice red jacket and that by some miracle of understanding, through the kindness of a stranger, it would be ready in time for the service the next day. She was glad to hear it. When the hour was up, I left my note for Esther, claimed the red jacket in its zippered bag, and drove home in tears.

I will always be grateful to the saleswoman who saw something urgent and desperate in a grieving daughter’s face. All these years later, every time I see that flash of red in my closet, I think of her—and how much my father would have loved hearing the story about Esther and the red jacket.

18 Responses to Heart on a Red Sleeve

The Drama Queen of Sears Customer Service
by babettesfeast

Keep the Customer Satisfied
by Suzy