Prompted By Cliques and Clubs
9 comments. 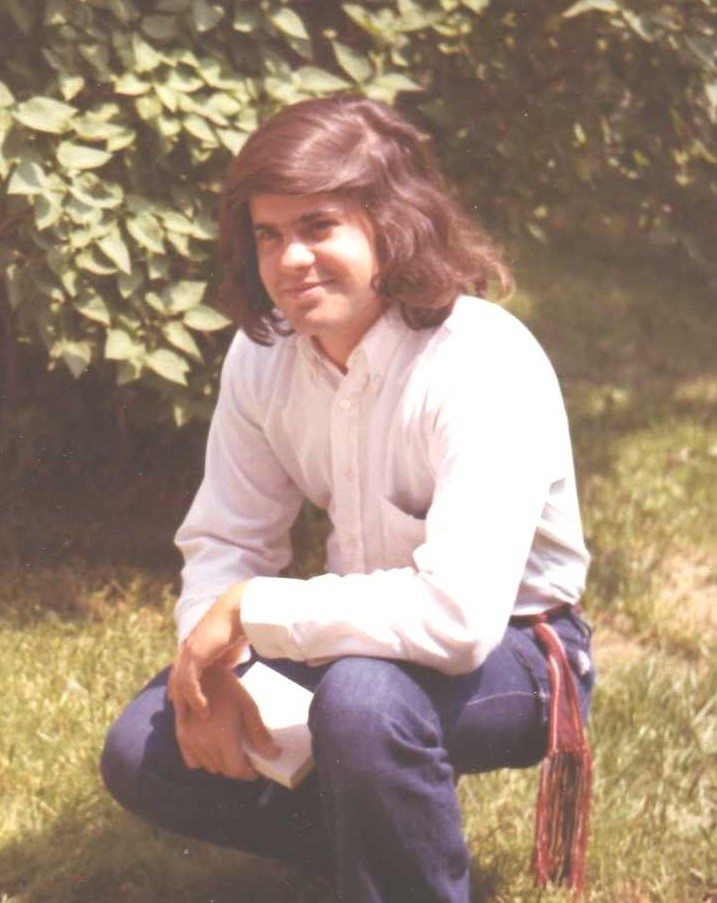 On the way home after graduation

On the Outside Looking In…

When I was in first and second grade, I went to Central Elementary, the “school on the hill”, the one which all the kids who would later be in the “in-crowd” attended.

…and I feel like I have been for most of my life.  When I was in first and second grade, I went to Central Elementary, the “school on the hill”, the one which all the kids who would later be in the “in-crowd” attended.  In third grade, however, we moved to a different house which was just two blocks from East Elementary.  The kids who went to that school were OK, although two of them later set the school on fire, but they weren’t nearly as rough as the kids who went to West Elementary.  (West was where we were sent after they burned East – we attended classes in the gym and cafeteria there and returned to the re-built East the following year.)

When I was in fourth grade, we moved to the farm, about four miles outside of town.  Our house (actually a trailer for the first three or four years) was about a quarter of a mile up a gravel lane from a gravel township road, and about a half mile from the nearest neighbors, who included a boy a couple of years older than me and his sister, a couple of years younger.  They had a pump in the house and an outhouse across from the house.

My brothers and I had chores to do every day, and some days, when we finished our chores, our mother would take us in to the city pool, which was up on the aforementioned hill.  But by that time, all the “hill-toppers” had already formed their friendship groups.  We wouldn’t have known the worl “clique” at that point, but we knew we were not part of those groups.  So we did lots of things at the farm, making bows and arrows, playing three-person “straight-base” baseball, looking for snakes, riding a pony, skipping stones, etc.  But mainly by ourselves.  And because we didn’t live in town, I never got to hang out at Gassers’ wall, the place on the hilltop where all the cool people got together in the evenings.

In middle school, which we called junior high school, I was finally back on the hilltop, where the junior/senior high school was located beside Central Elementary.  I did extremely well in junior and senior high, which made me a favorite of the teachers, but that, in turn, made me not so much a favorite of the other kids.  Add to that the fact that I was moved ahead a grade in math and science and started dating a girl who was a year older than me. Because of those factors, I didn’t have close classmates from my own grade, and I was resented by the students in the grade ahead, both for outshining them in class and for dating one of “their” women.

I was not very athletic – I stopped getting taller after sixth grade and actually lost about ten pounds between sixth grade and graduation, plus I really didn’t have the opportunity to play sports, since I lived on a farm and had chores to do every morning and evening.

Our school had two clubs for guys – Hi-Y was associated with the YMCA (the girls were in Y-Teens), and Key Club was associated with the Kiwanis Club.  I went to one meeting of Hi-Y, but I wasn’t really into any club that started meetings with a prayer, and besides, all the cool guys were in Key Club.  But I never got an invitation to that club.  After we graduated, one of the guys who had been in Key Club told me that I wasn’t invited to join because they just assumed I was in Hi-Y.

About the closest I got to participating in anything like a club was when I joined the yearbook staff my junior year and then became editor of the yearbook my senior year.  And I earned a varsity letter on the tennis team my junior year, although the tennis team letters were small letters, not like the big letters that the football, basketball, and baseball guys got.  (My doubles partner and I were the only people who won a match that entire season.)

Then I was off to Harvard, where I quickly discovered that my preparation in a small semi-rural high school in southeastern Ohio was extremely inferior to that of my east coast, prep-schooled classmates.  Nevertheless, I found that my ability to organize my thoughts allowed me to write papers that were at least acceptable, and my abilities in math allowed me to get through math classes with considerable ease.  The fact that I was only then taking calculus, however, was a problem in the advanced chemistry sequence I was taking.  Despite all that, I won a Detur Book Prize, and a John Harvard Scholarship (a whopping $25, woot woot!) as a freshman.

But as I prepared to head back to school from spring break of that freshman year, my high school girlfriend told me, by phone, that she was breaking up with me, and a wheel fell off.  I was introduced to marijuana and spent much of the next three years getting high and trying to find some meaning to my life.  I spent a lot of time hanging out with the group “Albatross”, going to their gigs, carrying their equipment, etc., until they broke up in the middle of our junior year.  Two of the guys in that group then helped start the “Modern Lovers”, and the keyboard player, went on to become part of Talking Heads.  That was the only group I ever really felt close to at Harvard.

I worked for a couple of years as a land surveyor, two more years as a math instructor at a small technical college in southeastern Ohio, and then entered graduate school at Ohio University (“Harvard on the Hocking”, there’s a story there!) where I earned a Master of Science degree in Industrial and Systems Engineering, while working as a teaching fellow.  By that time, I was married and dedicated to not repeating my undergraduate experience.  I often stayed up past midnight making sure that I completed every problem in every assignment.

I was a favorite of the professors at OU.  In fact, virtually every class I took, I ended up later substitute teaching when the professor left for a meeting or conference.  I was also a favorite of many of the undergrads, who would come to me for help in understanding what their professors were unable to explain to them.  My thesis was the basis for a paper published in the Journal of Optimization Theory and Applications, and I was accepted into Tau Beta Pi, the engineering equivalent of Phi Beta Kappa.

After graduating from Ohio University, I spent the next thirty-five years with American Electric Power, starting off in coal mining, then engineering education, and finally, the last ten years, in the R&D group, finally using the chemistry degree I had earned thirty years earlier.  In that last job, I was well-known to all of the vice-presidents and even the CEO, who would ask for my opinion about new novel technologies that had been brought to their attention.  Unfortunately, 99% of those new ideas violated the laws of physics and thermodynamics.  So that was a place where I felt like I really had a home, although it was clear that I would never become one of those vice-presidents.

I retired at the end of May in 2010, and immediately enrolled in classes toward becoming a teacher, something that I had always wanted to do but could never afford to do while raising a family.  I worked as a substitute teacher in Central Ohio for two years, where I was highly regarded for my knowledge of math and science, and for the ability to put those subjects together.  Then we moved to the Wilmington, NC area in 2013, and I have been subbing here since that time.  I work at three different high schools, primarily in math, chemistry, and physics, although I have recently become the go-to sub in French, because of the one year of French I took in 1967-68.  I am also becoming the go-to sub in Spanish, as a result of my concentrated effort to learn that language via Duolingo.  (This morning, I completed my 412th straight day!)

While my teaching does not qualify as a “club”, it is an activity that I enjoy, working with other teachers and particularly with the students.  In fact, about six or seven years ago, the students at Ashley High School voted to induct me into their “Eye of the Eagle” honorary society.  When I asked the counselor for that group whether it was unusual for a sub to be inducted, she told me that it had never been done before.  And a few weeks ago, the head of the PTSA at Ashley said to me “You realize that you’re a legend at this school, don’t you?”  So, it’s not a club, but it’s something that I feel good about.

I have gone on far too long here.  I have a much more interesting story to tell about my daughters’ experiences with cliques and clubs at a private all-girls school, but I’ll write a separate post about that.

9 Responses to I’m on the Outside Looking In…