Life Off the Fast Lane: Staying Home with kids by Risa Nye
50
(84 Stories) 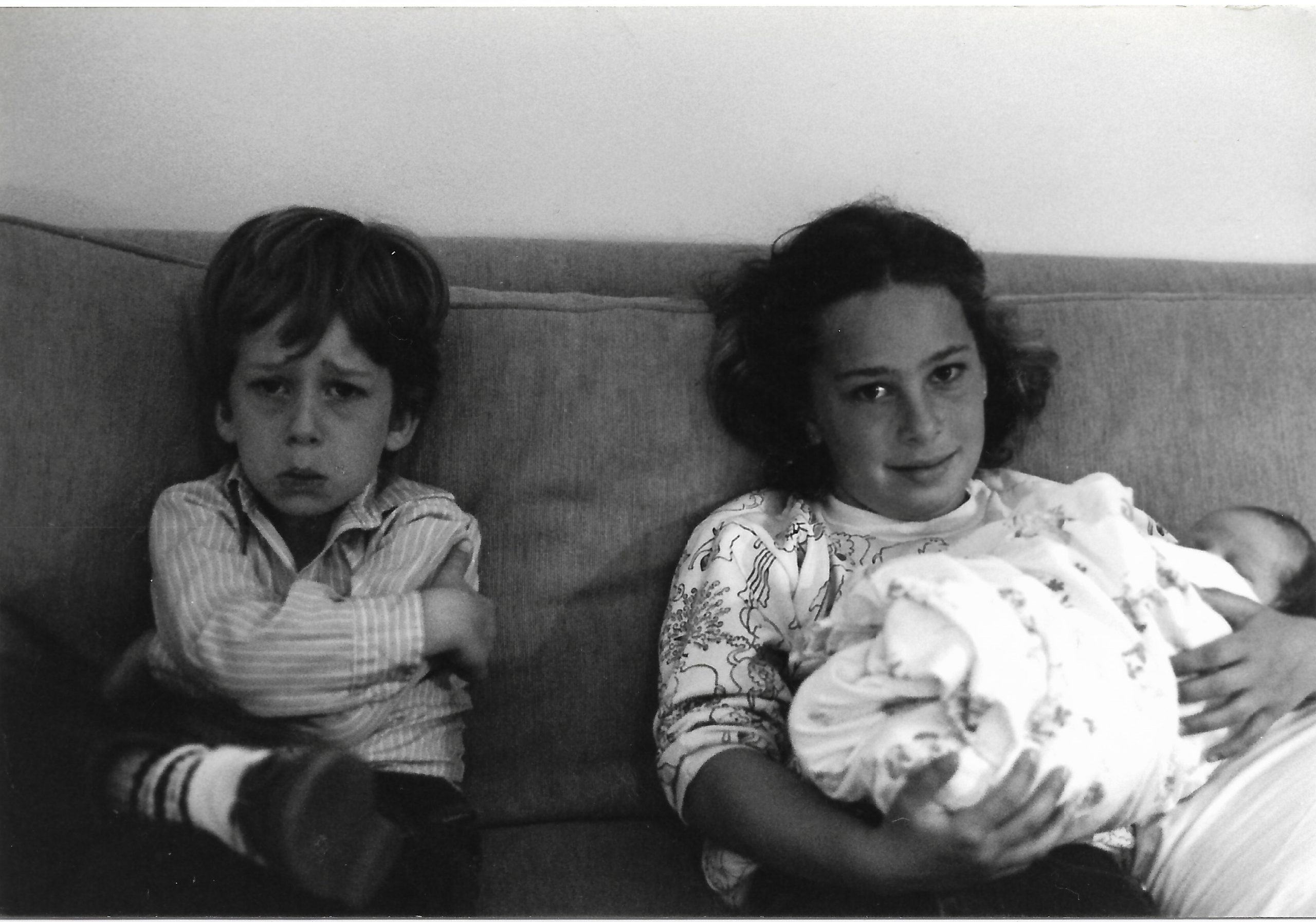 When I got pregnant with my daughter, I worked at the law school on the UC Berkeley campus, known then as Boalt Hall. I described my position there as “petty bureaucrat,” doing payroll and other administrative duties. It so happened that nine women on the staff became pregnant that year. Rumors circulated among staff that we would do anything to avoid the new dean, or that maybe it was “the water,” but the nine of us had due dates scattered  throughout the year. Mine was last, in December. All the other women planned to return to their jobs, but I had had enough of it and looked forward to staying home with my baby. Little did I know that I would not be able to actually stay home with her for real until she was four months old. I’ve written about her stay in the UCSF Intensive Care Unit before, so let us leap ahead to those post-hospital days when I finally got to be a SAHM.

I’d been working and going to school  from the time I turned 18. When I finally earned enough credits to graduate from Cal, I was 25 and pregnant. Not working for a while seemed like a very good idea. My husband got his first job as a lawyer about an hour south of where we were living, and we moved two weeks before my due date. We had barely settled into our San Jose rental when we went shopping for a car seat and other baby necessities. I remember standing in line to check out and having someone shout, “You’d better hurry!” They weren’t wrong: I went into labor the next night.

Being a stay at home mom wasn’t something I had always dreamed about. In fact, I thought I never wanted to have children, afraid I wouldn’t be a good mother. But something clicked when I turned 25, and all I wanted was a baby. I hoped I’d have a boy because I didn’t trust myself to be a good mother to a girl. So of  course I had a girl–and a girl who immediately demanded my full devotion to her well-being.

I stayed home with her as she grew healthy and strong, doing all the things that young mothers do: play groups, trips to the park, lots of stories, fun adventures with other young moms with kids her age. And that was fine. When she was 18 months old, we moved back north to Oakland, and I had a brief period of employment which meant finding day care for her. It felt weird to be away from her, and my job was thankfully short-lived. When my second child came along, I was at home full-time with the two kids. This was in the ’80s, the era of  “having it all”  for women–with very little recognition for women who chose to opt out of the rat race for a few years. These were the “and what do you do?” years, when saying you stayed home with kids meant the small talk at the party was over and you were left standing alone next to the 7-layer dip. On more than one occasion, I tried to impress a stranger at a party by telling them who had been on “Sesame Street” that day, then feeling my husband tugging my arm to save me from a conversation that had already begun circling the drain. Sad.

Did I go to graduate school with a two-year old and a five-year old  just to spite those snobby  women in their suits and expensive haircuts? Or did I finally realize that five years was probably long enough to feel less than. Whichever it was, after five years I went back to school. I did homework at night after the kids went to bed, and raced home from my morning class in time to get my daughter to school on time. Lucky for me, my school had a fabulous day care center for students’ children. I don’t know how I would’ve managed without it.

I did go to work after earning my degree (and having a third child mid-thesis), and that last kid got less of me, but had the benefit of the family village of his helpful big brother and sister, and dad. I worked part-time until the fire in 1991, then made a career shift–which meant more course work and other opportunities.

Those early years are precious to me now, although sometimes it seemed like pushing a rock up a mountain every day, with a pile of laundry waiting at the top.

I ran across this photo the other day, when my daughter was supposed to “dress like a mom” for school. 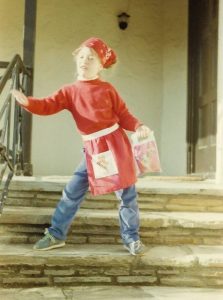 I swear, I never dressed like this. I was in jeans and a t-shirt, usually barefoot. At the end of the day, my neighbor and I would pour ourselves a glass of wine and play Boggle until it was dinner time.

The featured image here, taken at the hospital on 6/6/86, has been re-enacted several times by my three grown kids: two pouting while one holds the newest addition to the family.

13 Responses to Life Off the Fast Lane: Staying Home with kids