Meetings, Lateness, Driving and Can Deposits by Joe Lowry
25
(25 Stories) 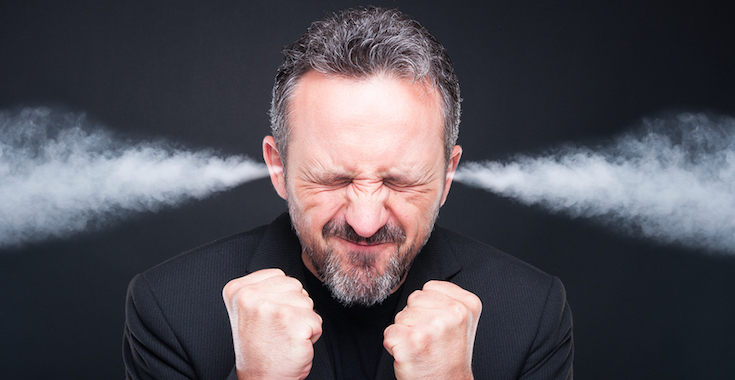 Ah, my pet peeves. I divide them into pre-retirement and post retirement. Many of them overlap, so I guess I can classify some of them as double (?) pet peeves. Fortunately, I do not have many pet peeves since I am a mellow person, but some things do bother me. However, those that our pre-retirement are fading into the past.

When I was employed, meetings could become a source of frustration. Many meetings went on for three plus hours. Someone was always bringing up side issues that should have been discussed off-line. Frequently, old issues that had been discussed before came up again. One example was when I worked for a pharmaceutical firm in research and development (R&D). We  were asked to develop a specific ophthalmic ointment. The product development manager stated he would not work on the project without the proper equipment, but finance did not want to spend money . The product development manager stated that if he made it, it was a waste of time to test it for quality and long-term stability. He even stated he did not want to waste my time to do the testing. Additionally, most of us in R&D were convinced that the FDA would not accept the data. After six months, we got the equipment, costing about $2,000 (1984 dollars). Then, we developed the product.

Later, I went to Lockheed, and they had good ways to keep meetings on time. All meetings were paid for using overhead money or project money. Everyone attending the meeting charged their time to overhead or a specific project. Overhead was always scarce, so there was a minimum of those meetings. Project managers wanted a minimum of people at the meeting to keep costs low and did not want them to run over the time allotted. In my 27 years there, I was only at one meeting that ran long. At that meeting, such good progress on the project was being made that the meeting got extended. Another thing Lockheed did to keep meetings on time was some principal people at the meeting would leave at the scheduled end of the meeting, whether or not all items were discussed. I remember one meeting when our team presented a project proposal that we needed some money and time budget. We knew that the man who controlled the budget was going to leave at 11:00am, and we made sure that we had finished on time. Otherwise, our requests would not have been presented if we ran over time.

Driving has some interesting peeves too. My favorite is the car that is speeding and weaving in and out of traffic. When I was working, I frequently saw this event when I was going to work. My thought was that I wish I had such a great job and could not wait to get to work, and I was willing to endanger other people to get to this job. I was just glad he or she did not hit me.

Another pet peeve is related to wasting my time, lateness. Most of the time, it just irritates me. I try to be on time, but things can happen and I realize that fact. However, people who are habitually late bother me. My worst experience was attending the wedding of a friend’s son’s. It was in San Francisco and I live in Milpitas (next to San Jose). I planned to go there with a friend, and we agreed to leave at least one and one-half hours early. I figured it should take about almost an hour to get there, and then find parking. My friend arrived just one hour before the event at my house, we got there fifteen minutes late and missed the opening. It was a traditional Hindu wedding, and the groom arrived by horse. We missed the horse, something I will probably never see in my life.

My phone peeve is the wait on hold “all are agents are busy now, but your time is important to us”.  That’s hard to believe.  My record holder is 48 minutes done by AT&T. Not only did it take too long  before a person talked to me, they did not take off the bogus charge on my bill. I have called again, and this time they promised to remove the charges. I will see if the promise is kept.

The can deposit in California has its own problems. In California, we pay a 5 or 10 cent deposit on cans and bottles. We can get the deposit back when we return the empty can to a recycling center. Of course, you cannot return it to the store where you bought the drink. In fact, I have asked the store where is the nearest recycling center, but most often I am told “I don’t know”. Sometimes I find a recycling center on the internet, only to find it is closed the day I go there.  Frankly, most of mine cans go into landfill today, and that is probably better than using a gallon of gasoline to go to a closed recycling center.  Maybe it will be improved in the future since the system is so poor, but I doubt it will happen.

My final pet peeve is cars with no front license plate, which California requires. Before I could drive the car I recently purchased  off a dealer’s lot, I had to sign a statement that the car had a front plate (it was a temporary plate till the permanent one arrived). Why do I care about a front plate? The other day, a Tesla almost hit me in a crosswalk. A few months ago, a Mustang decided to pass over the double yellow line and almost hit me. Fortunately, I made it to the shoulder and the pickup truck in the other lane got to his shoulder, avoiding a nasty accident. However, I could have given a better description to the police, even if I saw only part of the plate. In both cases, neither car had a front plate.

I am sure I have more, but these are the big ones to me.  However, they are minor compared to some of the major problems in the world.

6 Responses to Meetings, Lateness, Driving and Can Deposits