Moe the Stooge by jonathancanter
25
(29 Stories) 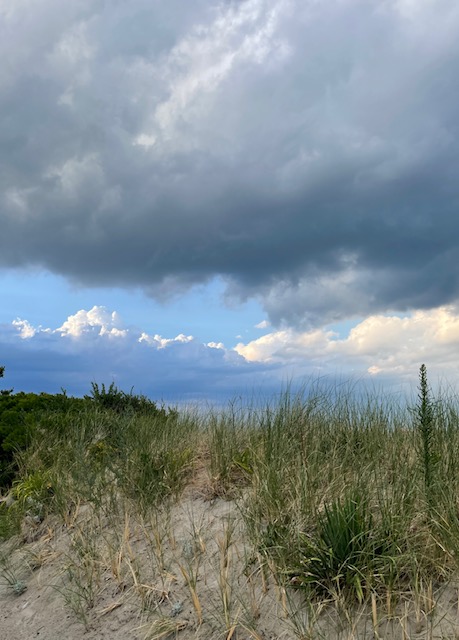 I am a couple days late to this show. I assume all the good Walter Cronkite seats have been taken.  But as Walter might have said when he finally woke up to the reality that the Vietnam War was unwinnable, “better late than never”.

In prior pieces in my recent—it feels like old times now—membership in this esteemed literary society I have recalled some of my early TV broadcaster memories, especially Dave Garroway with his classic “peace” sign-off (recalled in the context of his clinical depression, and the jarring end of his life), airing a film clip of a family of Hungarian refugees shot dead by murderous Russian soldiers as the family tried to cross a rickety slatted bridge to freedom (indelible, not far from the naked Vietnamese girl running in terror while her body burned from USA napalm, or the Buddhist monk self-immolating in the center of Saigon in a profound but unheeded warning as to how out of touch the American imperial mission was).

But never did I breathe TV’s pure serene until I heard Moe the Stooge speak out loud and bold—whack, smack, whack across Curly’s bald head—and then like some watcher of the skies when a new planet swims into his ken (John Keats, I apologize), I stared at the screen with a wild surmise, silent upon a peak in Chestnut Hill. See Keats’ “On First Looking into Chapman’s Homer”, from whose lofty aerie I leapt, to wallow in the muck of TV’s cultural wasteland, and there compose my Stooge salute.

But wait just one minute here.

I see that I slipped from the newscasters-of my-childhood prompt to a broader reverie of my first kiss with must-see TV, smooching Moe the Stooge, and it goes without elucidation embracing Curly as slowly he turned at the mention of “Niagara Falls”.

That may be because not much of the early newscasters stuck to my memory pad, or for that matter got within range of my ears or eyes.  I remember one fellow named Bob Emery who chaired a kids’ show weekdays in the Boston SMSA which crept along like a news show. He was ominously called “Big Brother Bob Emery”, and offered nooner milk toasts to President Eisenhower (in an effort I think to build allegiance to the Republic). I watched for lack of anything better (i.e., no cartoons) when I was taking a sick day.  I remember other “big brothers” from those days, who valued cultural conformity, including my grammar school principal who with one quick thumb gesture could drag a kid off the grass and up to the bench outside his office, for prosecution.

And to ramble off-prompt for a while longer, I turned off and dropped out of the TV-tied demographic circa college, high-nosed toward pop culture generally, and especially toward those acolytes of Spiro Agnew who (rattled by long-haired hippie radicals) ran scared into the arms of Right Wing jingoism, and sought restoration of imagined American values that had been bypassed by the post-WWII Super Highway of technology, entertainment, design, education, internationalism, corporatism, consumerism, modernism, feminism, personal freedom, voting rights, liberalism (“Own the libs, baby!”), and separation of church and state.

Continuing to today I watch next to nothing on TV except MSNBC, Boston professional sports (although after today I may quit on the Red Sox) (as if), children’s cartoons when part of my grandparent package (I highly recommend Grizzy and the Lemmings), and not more than five minutes of any series or show no matter how highly touted, exclusive of Homeland which I became addicted to, and Mayor of Easttown and Fauda, which snuck up on me like one of my old principal’s opposable thumbs.  I have zip tolerance for being chained to my couch. I’m restive.  I’m a rebel.

Viewed in a wider lens, I notice a persistent theme in my herein look-backs: hostility to any effort to sugar coat the 1950s.  I go for the sour side and the unpleasantries. I remember the early darkness of winter afternoons when for lack of a tissue I would wipe my nose on the upholstered couch.  I remember calves’ liver. I remember passing the wee hours with staticky AM babble piped in from NYC.  And high on the memory ladder, I remember sitting in the way back seat waiting for the road trip to end.  Ugh, like a bad dream.

Which reminds me of the old joke of the waiter who, serving a table of picky, impatient, bossy, demeaning, and complaining diners, asks the question: “Is anything ok?”

I feel sorry for that waiter, and wish to curtail my incessant hostility toward him.  The waiter deserves more tolerance (despite his spilling the soup in my lap, and everything else that gripes me).  In the spirit of finding and nurturing the good, and suppressing the bad, I will end where I began, with Walter Cronkite who, like an early day Liz Cheney, stood up for truth in the face of vested and misguided oppositional interests. A milk toast to Walter and Liz! 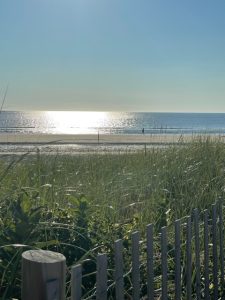 Which reminds me of the old joke of the waiter who, serving a table of picky, impatient, bossy, demeaning, and complaining diners, asks the question: “Is anything ok?”

13 Responses to Moe the Stooge

We Just Disagree
by Suzy
In the Before Time Retroflash.
by Khati Hendry