Prompted By Lost in Translation
17 comments. 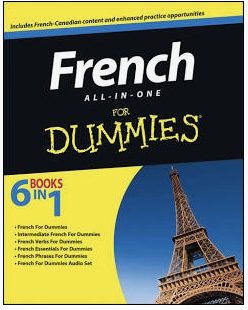 I originally published this story for the RETIREMENT prompt,,  but if you haven’t read it or don’t remember it,  I hope you’ll read and enjoy it now!

When I retired after my long and happy career as a New York City high school librarian I had many options.  I could apply for a waiver and return to work part-time at a city school, sharing the week with another librarian as some colleagues did.  I could apply to the public library for a position.  I could try my skills in the private section.  I could join the Peace Corps and run a library in a country were libraries were scarce  and sorely needed,  as one admirable friend did.

I considered but rejected them all – as much as I loved being in the library world,  I felt I’d been there and done that.

Then I thought I might pursue my earliest dream of a life on the stage and audition for a neighborhood theatre company.   I could no longer play an ingenue,  but surely there would be some roles out there for a seasoned,  older woman!  But I rejected that idea too.

But one thing I had always wanted to do was to speak French.  My husband Danny is an excellent linguist and speaks French beautifully.  His Hungarian-speaking mother and his German-speaking father met and married in Paris in 1937,  and two years later fled Europe for South America on the cusp of World War ll.  They took their common language – French – with them,  learned Spanish in their new Bolivian home,  and Danny learned both languages as a child.

It happens I studied French in both high school and college,  but I must admit I’ve always spoken it poorly,  or as Danny would unkindly tell me, “tu parles francais comme une vache espagnole”  – you speak French like a Spanish cow.

So now that I was retired I was determined to finally master that beautiful tongue and enrolled at the renown Alliance Francaise.   I studied there for an academic year,  and the following summer went to France for a language immersion experience with my teacher Marie-France,  and Tricia, Janeen and Deborah,  three lovely women from our class.

We had a fabulous time with lots of laughs and adventures, and of course great food and lots of wine.   My vocabulary increased,  and I mastered more French grammar,  but my ear and my pronunciation –  toujours terrible!

So even now when I speak French to my husband,    “il m’ecoute comme une vache espagnole”  –  he listens to me like a Spanish cow. 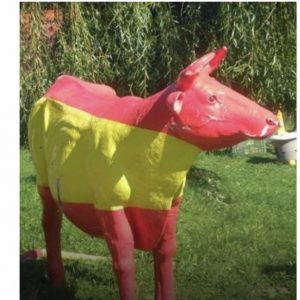