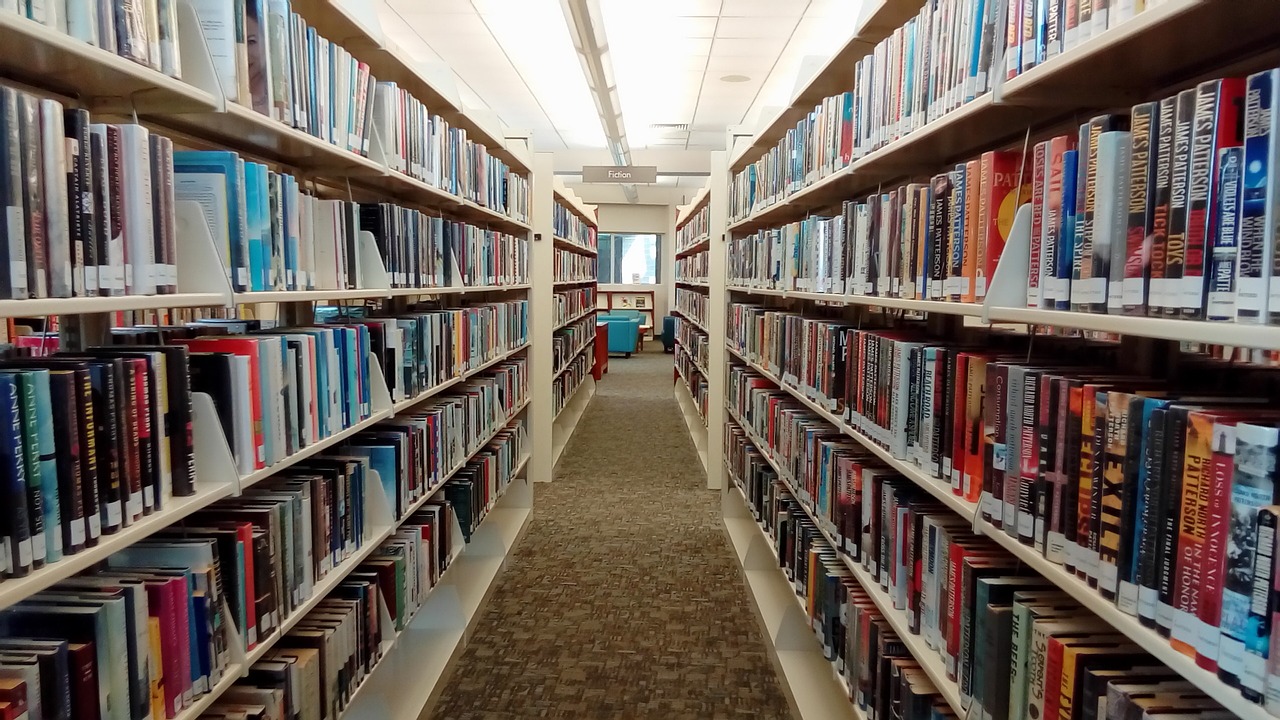 First let me recognize public libraries, which have been a part of my life ever since I can remember. By age 10 I had “graduated” from the children’s room at the Verona, New Jersey library to all the adult areas, aided by a note from my mother. Today I enjoy the Santa Clara, California city libraries, which are always packed with people from rambunctious toddlers to 90-year-olds: a great use of my tax money.

In an instant, there was a rumble and a slight jerk, and then a slow roll, as I watched the stacks of books opposite me rise about a foot and a half, and gently fall, as if carried by ocean waves.

One of my most interesting memories of a library started just a week or two into my first semester at Mills. It had been just a couple of months since I’d moved to California, and I was thrilled by the scent of eucalyptus trees on campus and the character of the older buildings. At that time, the library (the Margaret Carnegie Library, now an administration building) was a small, but elegant structure. As I studied there one morning, seated at a round oak table, from across the oval in the center of campus I could hear the chimes of El Campanil, the bell tower, every 15 minutes.

The following image doesn’t do the building justice, but gives an idea of what it looked like before other buildings were constructed around it.

In an instant, there was a rumble and a slight jerk, and then a slow roll, as I watched the stacks of books opposite me rise about a foot and a half, and gently fall, as if carried by ocean waves. I looked over at the librarian, Miss Reynolds, and asked her, “Was that an earthquake?” “Oh, yes,” she replied, and calmly went back to what she was doing. Wow, my first earthquake!

After that I learned a lot about earthquakes and the buildings at Mills. Turns out the Hayward Fault, now considered one of the more dangerous in the Bay Area, runs right through the campus, under a lake. Also turns out I was in a safe place, because the library, El Campanil, and several other campus buildings were designed by Julia Morgan, whose structures were well known to be earthquake resistant. These Mills buildings survived the 1906 “big one” and the 1989 Loma Prieta quakes, while the oldest building, Mills Hall, had a lot of damage in 1989.

Although Mills now has a newer, larger, and very beautiful library, I recall the little Julia Morgan building as a memorable introduction to California.

13 Responses to Shakin’ in the Stacks