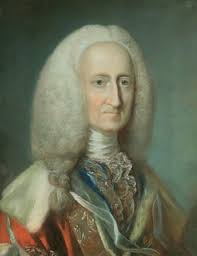 I spent my early years in a small Massachusetts town. Founded in 1712 or thereabouts, Littleton took its name from one Lord of Lyttleton, whose ancestors seemed to have difficulty taking the authoritarian ardor of Charles I seriously. As keeper of the King’s Great Seal, one Lyttleton Lord refused to sign off on a royal execution order, putting him in some disfavor. When Charles was executed, the Lyttleton clan was vindicated.

In the womb of this arcane atmosphere, my imagination flourished...

All had been forgiven by the beginning of the 18th century and a patch of land between two lakes in the New World was given to the Lyttleton family, regardless of the fact that the indigenous tribe of Nashoba had occupied the rolling, forested land for centuries.

Littleton’s name resulted, not from a simplification of the Lyttleton surname but because of a typo. The town’s name celebrated the Hon. George Lyttleton, M.P. To acknowledge the gift, George sent a church bell as a gift to the town. But darn if there wasn’t a bit of corruption afoot and the official in charge of receiving the bell in Boston told the authorities that no Lyttleton existed. He sold the bell. 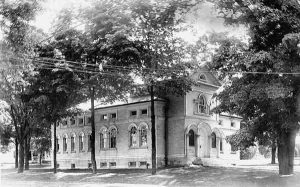 The Littleton Public Library occupied a Civil War-era edifice on a manicured triangle of lawn and well-trimmed maples wedged between the Unitarian church, the fire station, the sweeping lawn of the Prouty estate, flooded in the winter for skating. Across King Street, St. Anne’s Catholic church sat in red-bricked splendor.

The inside of the library offered a draped and tapestried silence that raised the hair on my arms. Portraits of the town’s ancestors, including the Lyttletons in powdered wigs and the Houghtons with their mutton-chop whiskers, hung in arcane dignity In the main reading room, where a vast, polished reading table hosted a matched octet of bent wood Windsor chairs. In the corners, velvet-upholstered armchairs engulfed kids my size.

Near the arched doorway opening on the librarian’s counter, a monumental grandfather clock ticked ponderously. The tempo of its resonant tock never faltered, never rushed, never skipped a beat. The place smelled of old wood and thick fabrics. In the womb of this arcane atmosphere, my imagination flourished and my child’s distracted attention focused on the pages of Treasure Island, A Connecticut Yankee in King Arthur’s Court, The Prisoner of Zenda, The Three Musketeers, Two Years Before the Mast, everything by Edgar Allen Poe…

My family home was filled with books, but I could concentrate easier in the cloistered stillness of this dignified room. And then, there were the stacks — two levels of them, separated by a floor of thick glass tiles. The shelves rose to and through this opaque ceiling and every object on display on the second floor cast its murky image down into the rows below.

There was the shoe of the town giant, a Kimball of course, one of the families who had dug the stones from the fields and built them into walls, who had planted the apple orchards and cleared the forests to plant potatoes and corn, who hayed the rolling hillsides, and built the peg, post, and beam barns that had housed the milk cows and chickens and pigs steadily since the early 18th century.

The Kimball giant’s shoe was a cobbled, buckled monstrosity about eighteen inches long, its ancient leather cracked and musty. Apparently this Kimball made his living by transporting sacks of grain on his broad back, to and from the various farms and the granite grindstone mill that stood by — you guessed it — Mill Pond and at the end of Mill Road. 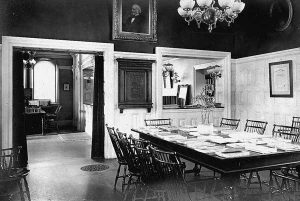 A heavy, paneled oak door stood at the end of one row of bookshelves in the glass-floored second story, its thick wood splintered by bullet holes, shot through by a cluster of drunken revolutionaries who had assaulted the door’s domicile. The house housed the town doctor, who also happened to be a Tory. Even at my young age, I could appreciate the irony of townspeople, wrought by rum and rebellion, blasting away at the doorway belonging to the one man trained to attend to their health. Littleton’s own premature Cultural Revolution, and, of course, there were no available accounts of the town’s midwives.

Also stashed on the translucent second-story floor, a navigator’s sextant, a town crier’s bell, a spear from Fiji brought home by an adventurous young Littletonian who had gone a-whaling, and a glass case full of parchment documents filled with graceful but illegible scrawls.

As I grew older, we used the library to rendezvous for homework and flirtations, the golden silence broken by scuffles and giggles and the cellophane rattle of purloined snacks. But most vividly, I remember the awe I felt at the ticking of the great clock and the time warp of library literature that raised the hair on my forearms and saturated my heart and mind with peace.

10 Responses to The Time Capsule