Prompted By That Summer
2 comments. 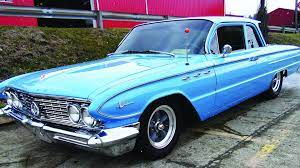 …and the livin’ was not easy if you grew up on a farm.  Summertime meant that I spent my summer hoeing weeds in the two gardens, picking sweet corn and beans to sell on the streets of Logan, the small town in southeastern Ohio where I grew up, and, with my two younger brothers, pitching manure from the barn into a spreader to put on the fields as fertilizer.  There were occasional trips to the swimming pool in town, or to the swimming hole in Old Town Creek, within walking distance of our house.  There was also baseball, Pee Wee League, Little League, and eventually Pony League.  But basically summertime was hours of boredom and time away from school, which I loved.  I got very excited as the new school year approached, and was among the first to check the signs on the door to find out whose home room I would be in, and who else would have that same home room.  Nevertheless, there have been two summers in my life that were especially memorable – 1965, and 2004.

While we were practicing parking, the brakes went out on my dad's Buick LeSabre!

In 1965, I turned 16 years old, which meant that I could finally get my driver’s license.  I had been driving on the farm, first a tractor and then a pickup truck, since I was about ten.  My dad allowed me to drive the pickup about a fifth of a mile down to the bridge, and then walk from the bridge up to the barn, where I would milk the cows (by hand – I could put the football players on the ground wrist-wrestling), then carry the buckets of milk back to the bridge and drive back up to the house.  (After a few weeks of that, I started just driving the truck all the way to the barn.)  So by the time I was fifteen years old and could take driver’s education, I already knew how to use the steering wheel, the accelerator, the brakes, the manual gear shift, and so driver’s ed was a breeze.  I scheduled both my permit tests and my driver’s test for August 4, the day I would turn 16.  On the morning of my birthday, I took the permit test, and scored 100% on both the signs and the laws parts of the test.  The examiner asked me if I would like to schedule my driving test, and was surprised when I told him that I had already done that.

My dad then took me to the place where the flags were put up for the parking portion of the driving test.  While we were practicing parking, the brakes went out on my dad’s Buick LeSabre!  In a panic, I called my girlfriend, who called her dad, who said that I could take the tests in his car, a Buick Skylark that I had never driven.  I went to her house, got into the car with my dad, and drove to the highway patrol station to start the driving test.  I scored 100% on both the driving and parking parts of that test as well.  It was good that I passed, because I had a date with my girlfriend that evening!

The summer of 2004 was memorable because that was when I first met my now-wife, June.  We were both married at the time, but in very unhappy marriages.  I may have related our story in response to a previous prompt, but it’s a story that I love to tell, and I will tell it again in the “Dating” prompt.