Prompted By Nannies and Babysitters
16 comments. 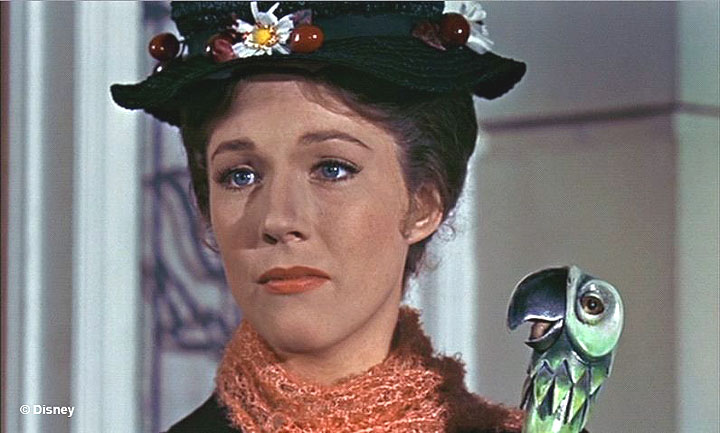 One of my kids came home unexpectedly from work to find the nanny supposedly watching her kids sound asleep. I remember the same thing happening to me when I discovered the sitter I had trusted to watch my child (now the mother in this story) for a few hours was dozing in a chair and had neglected to check on where she was for quite some time. After I paid her and she left, I found my daughter and her friend had locked themselves in the bathroom on the third floor of our house. They were fine, but I cried tears of guilt, anger, fear, and relief. I was lucky. As a stay-at-home mother at that point in my life, I could simply not hire this sitter again. My daughter had to scramble to find child care for her children so she could go to work the next day.

Parents check references and hope the person they hire is caring and competent. If they find Mary Poppins, they have to pray she doesn’t quit without notice.

Working parents have to rely on someone to care for their children, and finding the best arrangement is an agonizing process and very tough decision. Child care centers need to be carefully vetted. For the ones that are licensed, there is some degree of comfort in knowing they comply with safety standards and their staff meets minimal qualifications. As a former early childhood director, I know these standards are basic and often picky, things that can be measured objectively. Staff can meet criteria and yet not be nurturing for young children. Low pay contributes to high turnover, also not great for the little ones. Illness is another huge problem. Kids in child care centers spread viruses, leaving some of my grandkids with perpetual colds. But parents have to work, so unless their children are running fevers, vomiting, or have diarrhea, they go to child care. Jobs that allow parents to stay home with sick children are few and far between.

Some child care settings are informal arrangements in which someone watches a few children in her home. Many of these are unlicensed and informal, leaving parents in the same situation as those who hire nannies or au pairs to watch children in their own home. Parents check references and hope the person they hire is caring and competent. If they find Mary Poppins, they have to pray she doesn’t quit without notice.

Recently, I came across something I wrote when I was a preschool director I called “The Nanny Stories.” As a part-day early childhood program, we had many children who were in the care of nannies. Most of these women were truly wonderful. I’ll confess I poached a couple to work at the preschool once their nanny duties were finished. But those weren’t my stories. I wrote about the few who were not so terrific and my frustration with parents who seemingly didn’t act very quickly to make changes, even after I reported some frightening incidents to them.

There was the young au pair who was expected to drive carpool for her family and ended up being responsible for five little ones. She drove a three-year-old boy home in the carpool who was supposed to stay at school for lunch, so no one was home to receive him. The teacher tried to call his house to clarify why he had left his lunchbox at school, realized no one was home, and drove to his house to find him trying to cut grass on his front lawn with a hedge clipper. His parents were grateful and dropped the carpool. The poor au pair, not much older than a child herself and from a different culture, had no idea she was supposed to wait to be sure someone was home before leaving a child at the curb. She continued to drive the other children because their parents needed the child care.

The saddest nanny story I chronicled was that of Daisy and Colin. Colin’s parents, both physicians who worked 60-hour weeks, hired Daisy rather than using a daycare center because there was a baby on the way. It’s cheaper to have a nanny than pay for two children in daycare. Daisy was the most angry, controlling, and hostile caregiver I had ever met. She made no secret of the fact that she disapproved of the family’s values and felt Colin was spoiled and needed discipline. In the parent/caregiver and toddler class I taught, she ruled him with an iron fist, finishing his paintings and art projects so they looked nice and pushing him to write his name. Colin acted out in class, demanded a lot of my attention, and was aggressive with the other children. I could feel his powerful need for hugs and acceptance, but Daisy undermined my efforts to connect with him and guide him to more appropriate behavior. She demanded Colin “love” only her. When his baby brother was born, she bonded with the baby and became even more cruel in her interactions with Colin. I talked to Colin’s parents and described what I had seen, but their position was that, while they knew Daisy’s deficiencies, they were desperate to keep her so they could work. The next year was even worse. Colin was more anxious, aggressive, and demanding of teacher attention. When a teacher saw Daisy pull his arm very roughly, she reported this to his parents. Now Colin was old enough to talk, and the tale he shared with his parents was heartbreaking. Daisy had been hitting Colin and putting him in a closet to punish him. Daisy was fired and replaced by an au pair, but the boy had suffered 18 months of abuse under her care.

I will confess that at the time I wrote these nanny stories, I didn’t fully appreciate the challenges of finding good child care for parents who needed or wanted to work. Now that I have seen the struggles of my own children to find child care for my grandchildren, I have greater empathy but no good answer. In the almost thirty years since I wrote my nanny stories, if anything things are worse. According to the census bureau, between 1960 and 2016, the percentage of children living in families with two parents decreased from 88 to 69. For 31 percent of today’s preschoolers, that single parent must work to make ends meet. The biggest change, however, is that it now takes two working parents to make a middle-class lifestyle possible.

Finding good, affordable child care shouldn’t be so hard. Parents shouldn’t have to pay a significant part of their earnings (25.6% for couples, 52.7% for single parents) and still worry that their children are not safe. Quality of care should not be linked to family income. Other countries subsidize child care and cap the percentage of income parents have to pay. In America, our patchwork system forces parents to make difficult and costly choices, with consequences far beyond a sitter who let two five-year-olds lock themselves in a bathroom.