Prompted By The First Time
12 comments. 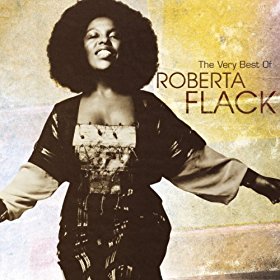 I love writing for Retrospect! It’s one of my favorite things to do these days. Almost all of my stories have titles that are song titles or lyrics. If I ever write a book, as I have occasionally threatened to do, it will surely have a song for its title. Recently I went back and renamed some of my earlier Retrospect stories that had more generic titles, replacing them with song titles, which was very satisfying. After I write a new story, I usually have to do some searching to find the right song. Only once have I had the song first and the story followed – We Shall Overcome. Even then, I had to give the prompt some thought before I got the song. However, this week the prompt called out this song to me and demanded that I write about it.

This song demanded that I write about it

The first time I heard “The First Time Ever I Saw Your Face” it was the Roberta Flack version, which appeared on an album she released in 1969. It didn’t become a radio hit until 1972, after being used in the movie Play Misty for Me. I’m not sure precisely when during that 1969-72 period I first heard it, but those years encompass most of the time I was in college. It was played a lot at college parties, especially as the night got late and everyone was feeling mellow (or wasted).

It turns out that the song was written much earlier, in 1957, by Ewan McColl, a British folksinger and political activist. He wrote it for Peggy Seeger (sister of Pete), who was his lover at the time, although he was married to someone else. He and Peggy eventually married in 1977. I find this story incredibly romantic. I can only imagine what it must have been like for Peggy, hearing it for the first time and knowing it had been written for her.

Thanks to Youtube, I have now listened to numerous versions of the song, by artists as diverse as Peggy Seeger, Peter, Paul & Mary**, Leona Lewis, Celine Dion, George Michael, and (believe it or not) Johnny Cash. Each one has its own appeal, but my favorite is still Roberta’s. Probably because hers was my first time.

12 Responses to The First Time Ever I Saw Your Face