Prompted By Trick or Treat?
21 comments. 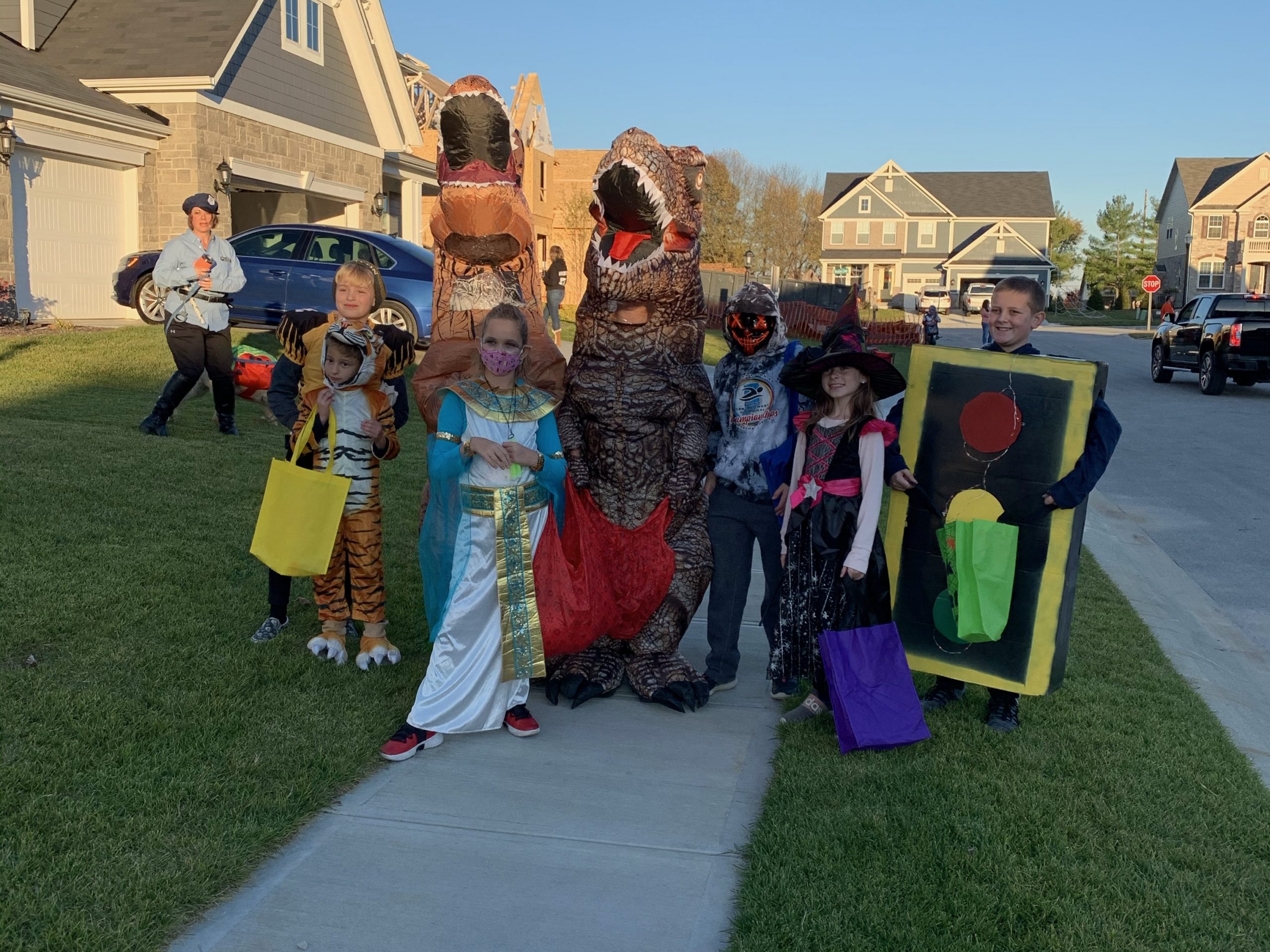 When did Halloween evolve into such a huge deal? I have a hard time remembering much about Halloween from my childhood. Perhaps that’s because I am trying to recall memories from 65 years ago. Once, I asked my mother what costumes I wore for Halloween, and she informed me that it really wasn’t that important when I was a kid. In fact, she didn’t think I went trick or treating until we moved to the suburbs in the 1952.

I do remember my younger brothers dressing up as … hobos. How’s that for politically incorrect and a total throw back to another era? I doubt kids today have ever heard that word, which is a good thing. My mother would make mustaches for them with blackened cork and tie a bandana filled with newspaper to a stick. I’m pretty sure I went with them as babysitter, which was no costume at all. I did host one Halloween party as a teen and remember dressing as a doll. No comments please. Those were different times. 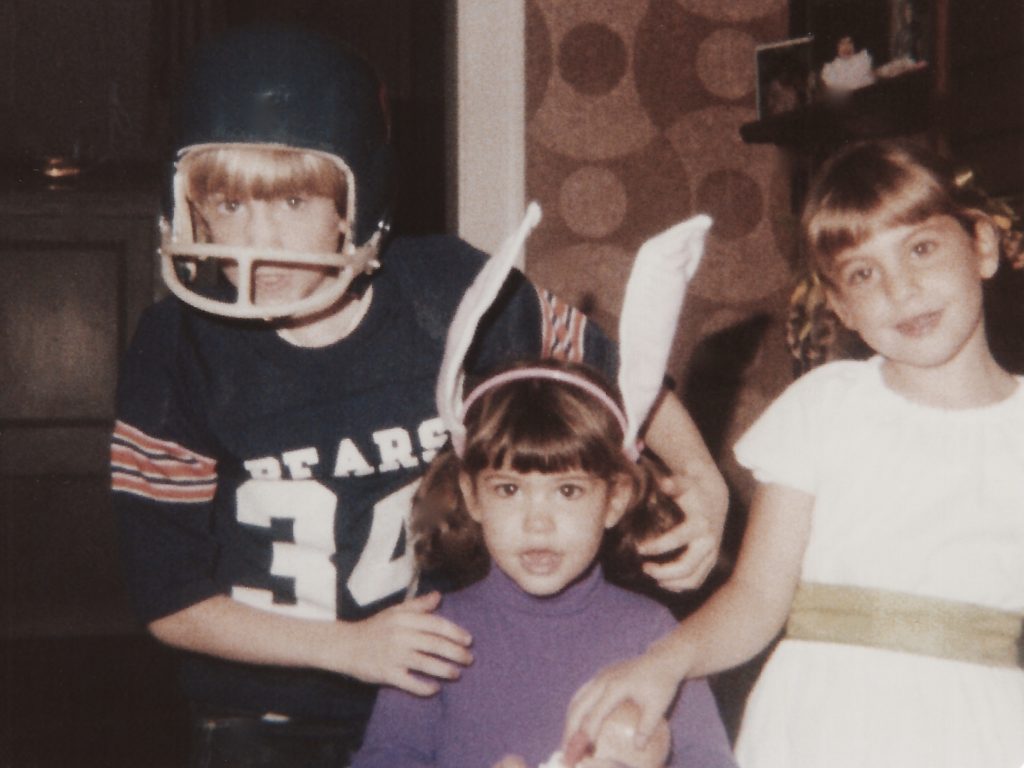 By the time I had three kids of my own, Halloween was a holiday that required costumes and mandatory trick or treating. Luckily for me, the costumes didn’t have to be elaborate. Plastic ones were all the rage. I think my son went as a generic Chicago Bears player for multiple years. Just a jersey and helmet – so simple. My daughters were figure skaters and, being a practical mom, they repurposed costumes from prior ice shows.

We decorated our house by carving one pumpkin and putting it in the front window, lit with a candle. My kids got to wear their costumes to school, at least when they were younger. And they went trick or treating to neighbors’ homes. That was it. The whole thing took up a day to choose the costume (except for my son – he didn’t even have to think about it) and a day to carve the pumpkin.

Fast forward to my grandkids’ generation. Halloween is quite a production. Costumes need to be considered months ahead and ordered online if there is not an acceptable one at Target or a Halloween store. Plastic is out, and my grandsons would never be happy being a generic anything. So, this year, we will have a ninja or two, Harry Potter, Glinda from Wicked, and others that could be described as simply creepy. My kids don’t spend a fortune on these (they easily could), but the planning consumes a lot of time. 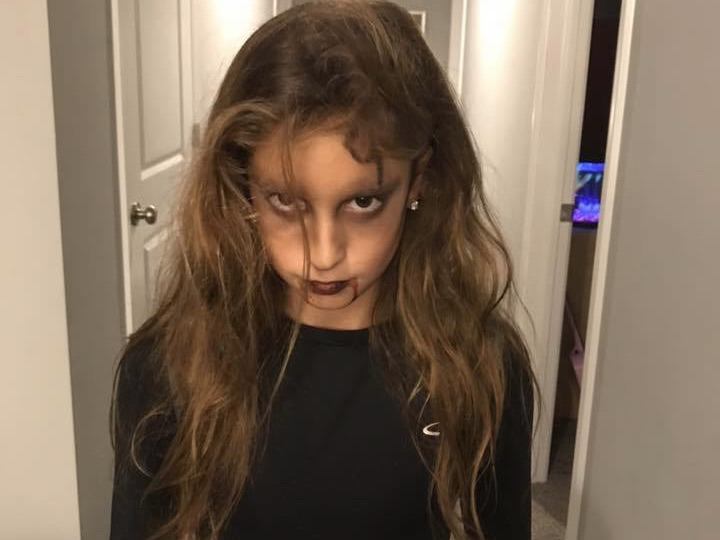 She’s a lot cuter most days 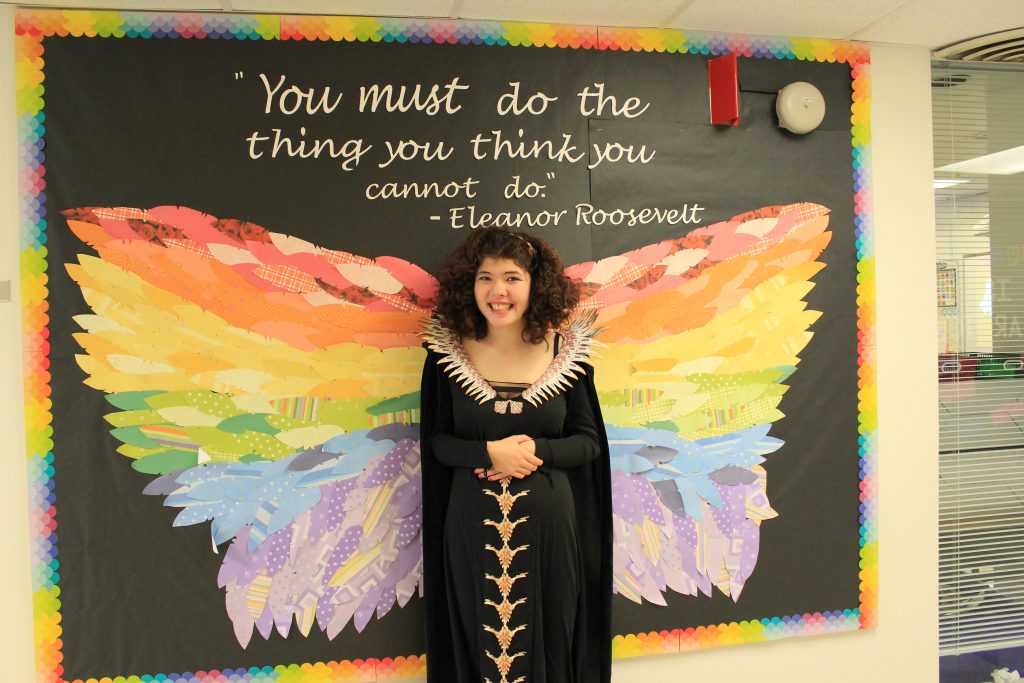 Not sure who she was supposed to be but the quote is great. 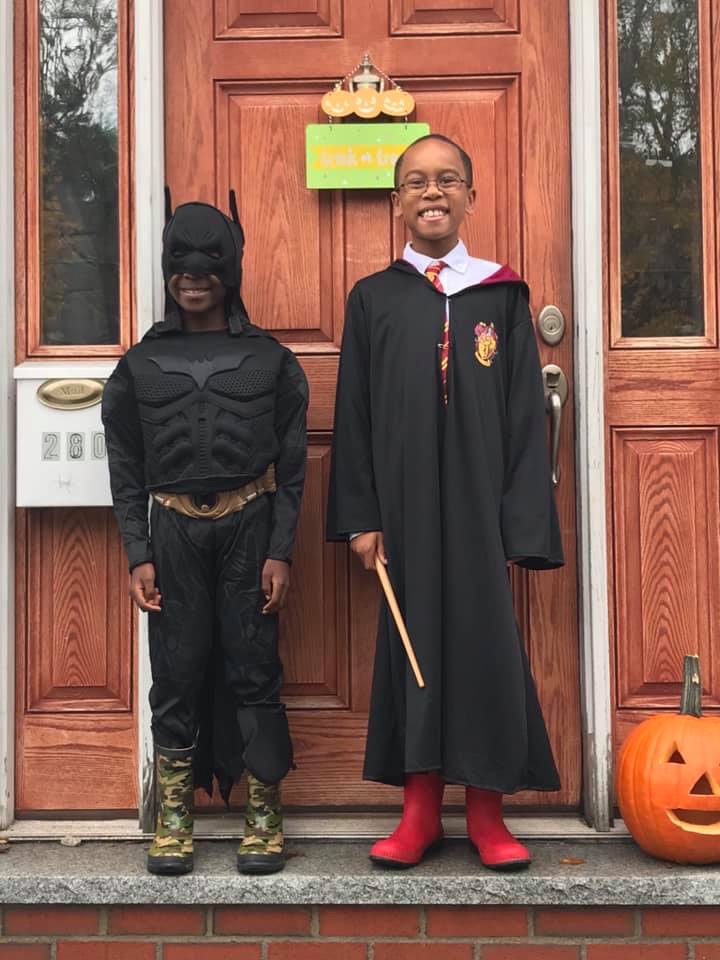 Then there is the issue of decorating the house and carving the pumpkin. Driving down one of my daughter’s blocks, I see every house decked out with spider webs, spiders, skeletons, a few witches (LOL – shouldn’t they be called Wiccans these days?), ghosts, scarecrows, graves, and other creepy creatures. The Halloween-Industrial Complex must be in seventh heaven. And one pumpkin is no longer enough. Each home is graced with several and some are decorated with spray paint, elaborate designs, and intricate carvings. You can Google this or look on Pinterest or YouTube for thousands of ideas. 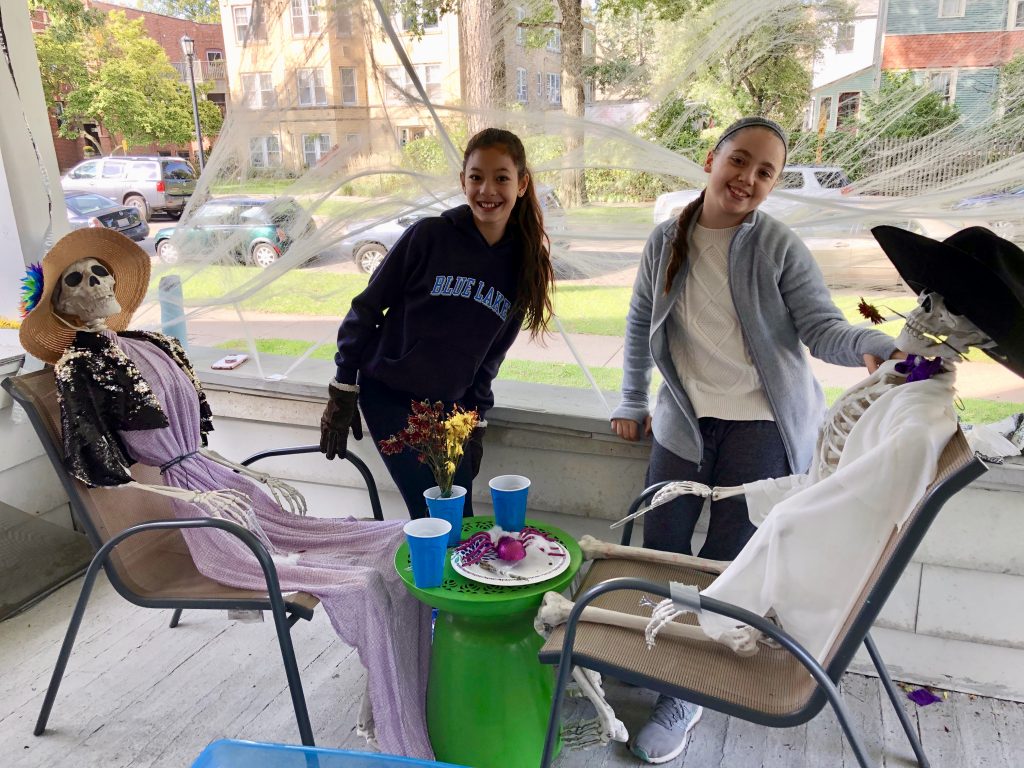 Getting the porch ready

Then there’s trick or treating, which used to be pretty simple. You got a lot of candy and you ate it. But now it’s hard to decide if it’s safe to take candy from folks you don’t know. And you rarely see kids going from house to house without parents accompanying them. So even this aspect of Halloween has become more complicated. 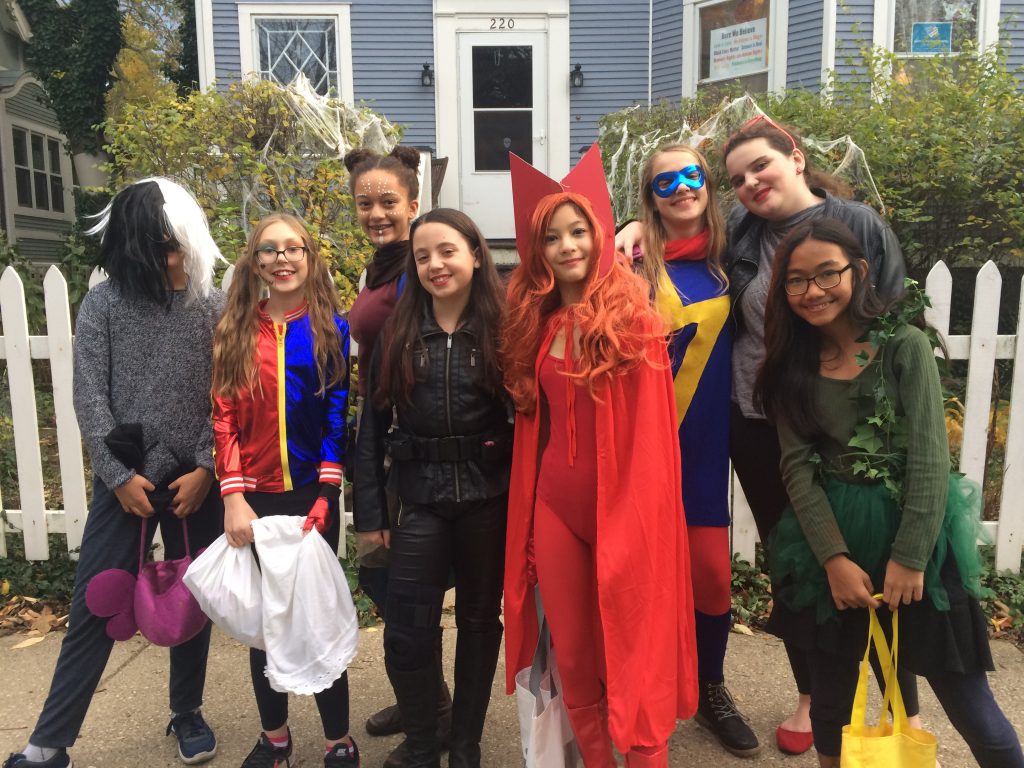 Trick or treat? I’ll claim the girl in red

There’s a part of me that loves Halloween. Every year, I want photos of my grandkids in their costumes. They look so cute. But part of me wishes Halloween were less demanding of my kids’ limited time. And another part of me wishes that Halloween, like every major holiday, was a bit less commercialized and costly.

Do I sound like the Halloween Grinch? Well, that’s who I am when a simple children’s holiday has become another opportunity for stores to sell outrageous amounts of merchandise to children and now to adults as well. Halloween has become an expensive excuse for bad taste, excessive partying, and competition to produce the coolest costume. Here’s to remembering simpler times when the only controversy surrounding Halloween was if your parents let you horde your candy or made you eat it quickly to get it over with. Trick or treat! 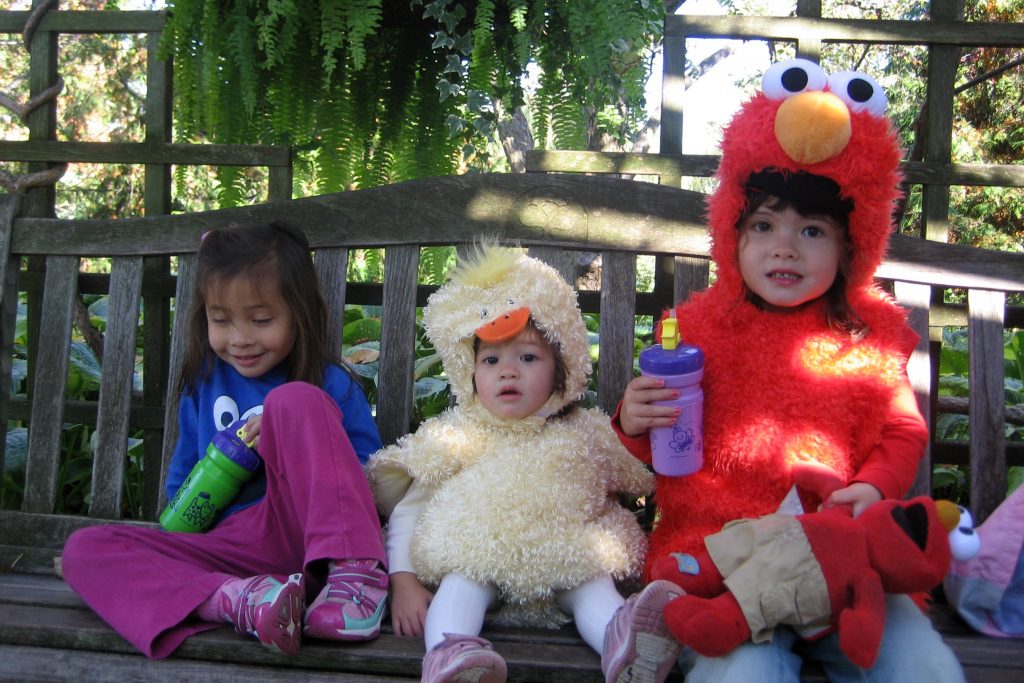 I have to admit they were pretty cute.

21 Responses to The Halloween-Industrial Complex