As a historical novelist, I love doing research. I can and do lose days at a time finding and reading background information from which facts, or a sense of place or time will emerge to inform my story. I am often asked where I learned about the story in my recently published novel, Even in Darkness, and the simple answer is, from my family.

Apart from serving to inform parts of my novel, the research I did into WWI German Jewish soldiers had another meaning to me. My grandfather, Ernest (aka Opa Ernie) was a gifted storyteller. Half the tales I remember him telling during long Sunday dinners around his dining room table were about the antics of the commanding officers and the other soldiers in his WWI cavalry unit. Never mind that it was the German Army, or that his hard-won Iron Cross First Class medal wasn’t enough to keep him from having to escape with his life from the Nazis two decades later. He fought for his country in the Great War as a Jew and a German just as he’d fought for his saber-fighting Jewish fraternity.

It’s hard to imagine, with the Holocaust looming in the recent past, that any young Jewish man would have joined the German Army to fight in the Great War, but they did in droves. My own eager grandfather left his legal studies at University in Munich to fight. Later, he would practice high-powered law in Berlin for 20 years, escape Germany, and eventually be re-admitted to the German bar in order to help Jews secure restitution from the German government. As much as he loved America and was forever grateful for the opportunity to live here, he never lost his pride in his WWI military service, or his identification as a German. He traveled frequently to Germany, and provided a welcoming home to every German consular official that came to our city.

This duality, which allowed him as a refugee from Nazi Germany and a practicing Jew, to also proudly embrace his heritage as a German, seemed not to bother him at all. It bothered a lot of other people, creating many uncomfortable moments for me as I grew up in the 1950s and 60s , realizing that others, particularly in the Jewish community, did not approve of my family’s continued connection to all things German.

But it was precisely my grandfather’s and his sisters’ capacity to embrace boundary-defying change, to live with resilience and to refrain from painting the evil that inevitably confronts us with a broader brush than necessary, that informed the best of who I have become, and that underlie the themes in the novel that is truly the story of my heart. 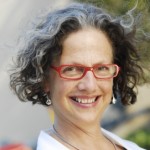