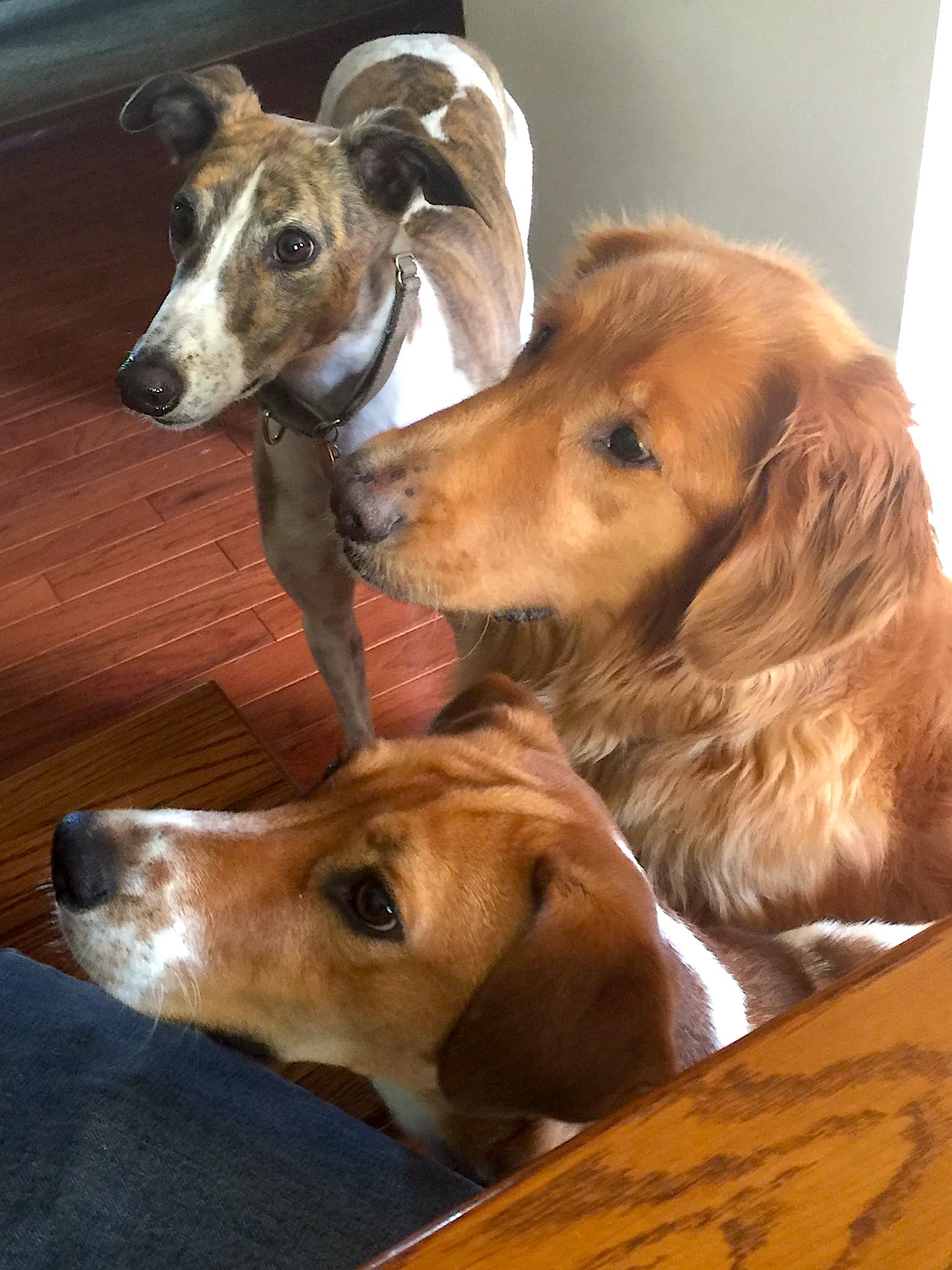 Yoyo, Charlie, and George are fixated on — what else — me eating.

and the skies turn gray

The indoors becomes our outdoors

and our minds give way.

Don’t bother Googling that ditty, because you won’t find it. But it does fit Anne and me and the trouble we often get into around this time of year. It’s when we become bored, and it’s the kind of boredom that could lead to a family feud, were it not for two saving graces:

Nearly every winter, it seems, my wife and I engage in a friendly feud about how many pets are enough.

As I scroll back in time, through the three-month span of December through February, I realize these are the months that so many of our 25 dogs and 5 cats have come into our lives over our 22+ years of marriage. 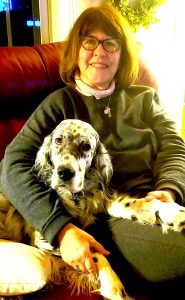 During these months, Anne and I choose to beat those winter blues by combing through the websites for discarded pets, finding the most doe-eyed of the bunch, then going and adopting them.

Anne is usually the troublemaker who gets the ball rolling. But nearly always, once the new animal has won my heart, I’m glad she is, and does.

Anne and I met online, back on New Year’s Eve 1999, and our coming together gave new meaning to the oft-stated dating post requirement, “Must love dogs.”

Still, during my times of protest over adding yet another dog, there is a tinge of tension around our place. It lasts until I see the error of my ways in doubting Anne’s sanity. It’s hard to stay angry with a woman who knows how to make you laugh.

In spite of herself

It’s not that Anne doesn’t know that the last thing we need is another dog or cat. It’s not like I’ve lost track of the number of sane moments when she has pleaded with me, “Jim, if I ever start talking about getting another dog, please just shoot me. OK?!”

Although I’ve never seriously thought about doing that, there have been times when I pondered padlocking the doors of our home from the inside and melting down the key.

That said, the latest three adoptees, our Foxhound George and our English Setter Blue, have proven to be worthy successors to their long line of ancestors who have since crossed the famed rainbow bridge. Those dearly departed were dogs like Margie and Charlie, the two Golden Retrievers who still claim large pieces of our hearts. 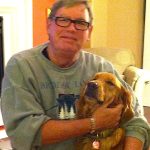 Then there was Maggie, who caused a vacuous vet tech to become vexed when we boarded both Maggie and her sister (of the same name) at the same time.

“But how will we tell them apart?” she actually asked. “I mean, they do have the same name!”

We’re talking about a reddish Chow and a very black Lab here.

Feeling sorry for her, we lowered the vet tech’s stress level by color-coding the two Maggie names.: Red Maggie and Black Maggie.

Then there was Hazel, the rescued cat who warmed up to us more like a dog would, and who helped us raise every pup we brought home during her lifetime. Hazel is the cat who made me rethink my skepticism about felines.

More logs on the fire

So these three latest additions, Yoyo, George, and Blue have kept the great-dog tradition alive in our home.

The first of these three is a greyhound who came to us as a young retiree from the track in Tijuana. Before she reached the age of 2, she had already convinced her owners she was in the wrong career.

After scanning her racing record and seeing the number of times she was marked as “DNF” (did not finish), we knew we had to call this lovable dog, Yoyo. I mean, she would just stop flat in mid-race and return to the starting gate.

As for George, he has the best eye contact of any dog I’ve ever had. So many times have we stared into each others eyes, I could swear we are talking to each other and understand each other perfectly.

Blue is the latest boarder at Willis Farms and, quite possibly, the zaniest and neediest dog I’ve ever met. This is a dog who would just lay down and die if she didn’t have a family showing her unbounded affection, 24/7. She is absolutely wonderful.

All three are perfect examples of how our boredom in the early winter months has resulted in making ours an even happier home, in addition to helping boost the value of Ralston-Purina on the New York Stock Exchange.

Still every time I head over to Costco, as I’m doing tomorrow, to pick up another 40-pound bag of dog food and a giant box of 120 Greenies to see us through next week, I wonder if this is what a septuagenarian  couple really should be doing.

I think about times like last month when I was recovering from knee surgery, yet still taking the three dogs for daily walks, all at the same time. On this particular day, Yoyo the Greyhound spotted a rabbit dashing across the street. Perhaps remembering what she was bred for, she took off after it. 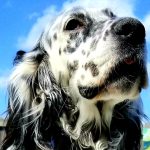 Unfortunately, this happened at the moment I was in mid-stride, stepping off the curb into the street. Yoyo (followed by George and Blue) bolted, my leg (the bad one) came down hard on the street, and my recovery was set back a couple weeks.

In the back of my mind was Anne’s oft-uttered plea: “Jim, if I ever start talking about getting another dog, please just shoot me!”

The word has long since gone out about us to all dogs and cats in need of rescue: “Check in with these two first!”

I know, I know … this reflection is supposed to be about feuds instead of a lovestruck family of humans and animals, Well, Anne and I are probably a couple months away from our next squabble over dogs and cats. 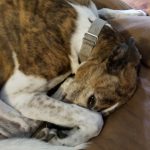 Then again, maybe not. Anne just told me she has found a site offering Black Friday deals on Collie puppies. She’s got that look in her eyes and, as I’m looking down at Yoyo, she is covering hers with a paw.

14 Responses to A friendly feud