Prompted By Auctions and Raffles
18 comments. 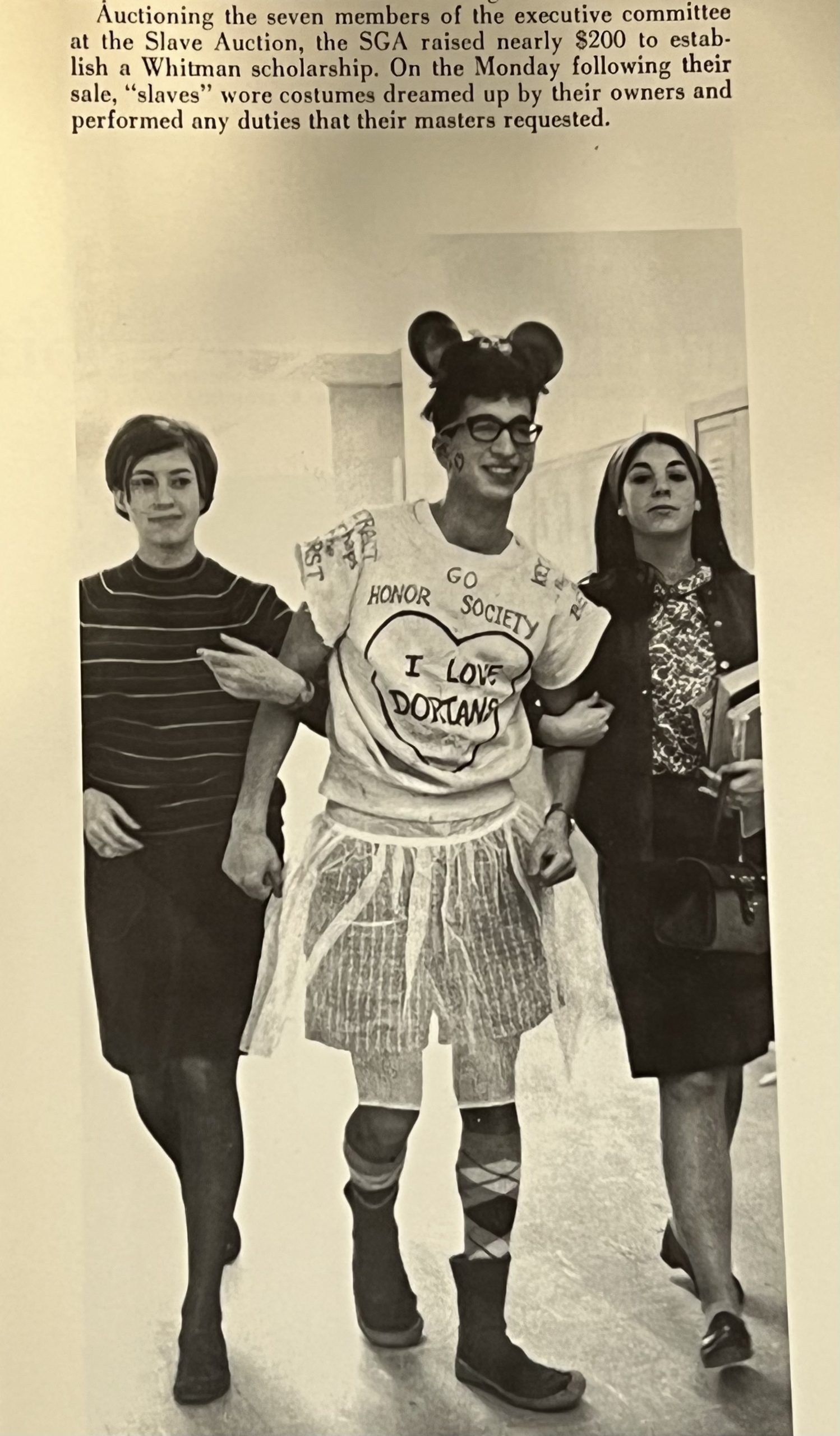 Somehow, the Student Government Association of my high school came up with the idea of a having an auction to generate school spirit and raise money for a scholarship.  You know, one of those fanciful ideas where someone is humiliated for a good cause.  The plan was to recruit male volunteers to be “sold”, for a term of some hours, at a “slave auction”.  It was 1967, in the middle of civil rights protests.

The plan was to recruit male volunteers to be “sold”, for a term of some hours, at a “slave auction”.  It was 1967, in the middle of civil rights protests.

When it was announced, there was not universal enthusiasm, but the only ones who spoke up were a couple of kids who were fairly new to the school.  Karl and Elsa I think they were, brother and sister, fellow travelers I knew in passing from the Unitarian youth group and the school’s John Peter Altgeld Society (an Illinois governor who pardoned three of the men convicted in the Haymarket affair and supported workers’ rights). I recall that they affixed a large poster with some sort of manifesto in the school lobby, objecting strongly to the whole concept, calling it racist and blind to history.

The school was stunned.  The white, suburban Maryland public high school students protested vigorously.  This wasn’t a real slave auction, just for fun.  Slavery didn’t exist anymore and dredging up that ancient history was pointless.  What was any different really than having a dunk tank as a fund raiser?  Gloria (one of two Black students in a school of nearly 2000) didn’t mind or think it offensive—we asked her.  Why make a big deal of something harmless?  Really, why are you making this a problem?

The auction proceeded, but it did spark some reflection.  Why were all the students in the high school white, while the only visible people of color in the community were lined up at the bus stops, returning to Washington DC after working in the suburban houses all day?  Was slavery really ancient history?   What were all those civil rights people talking about?

Karl and Elsa, the brave troublemakers, were vilified. However, there was no slave auction the following year.  This happened over fifty years ago, and yet (mostly white) people still ask what the fuss is all about when it comes to racial justice.  It is still fraught to take a stand and our actions still make a difference.

18 Responses to A Very Bad Idea for an Auction