All aboard! Next stop, Bellefontaine! by Dale Borman Fink
50
(55 Stories)

Prompted By Planes and Trains
14 comments. 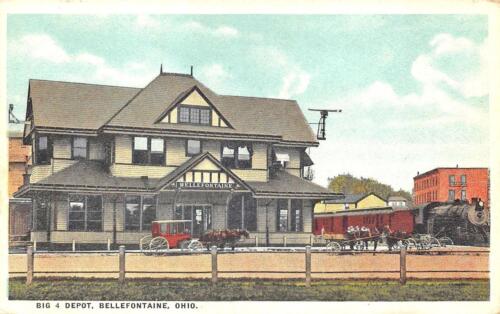 If every kid had a daddy

What a wonderful world!

The train made one stop

Between Indianapolis, Indiana, and Youngstown, Ohio

The conductor called out loudly, “Bell-Fountain.”

“Why did the train stop, Daddy?”

“Some people need to buy food,”

We had our own food, but we got off anyway to stretch our legs and use the bathroom in the station—Daddy, and Leon, and me

“Lainey” (my sister Elaine) was not with us,

Either she was not born yet

Or she was a tiny infant and

Mommy and she were not yet ready for train travel

I wouldn’t have known back then

The name was spelled as “Belle-FONTAYNE”

Spelling and Reading were in my future

But I knew a bell

And I knew a fountain

So I liked the name, “Bell Fountain.” 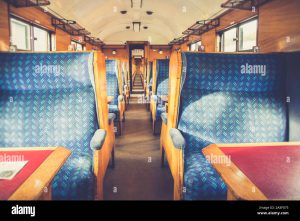 Could my aging brain have manufactured a flawed memory?  What makes me so sure, that our train stopped and we went to the men’s bathroom in Bellefountain?

“Bellefontaine was a railroad town from the 1890s to the 1950s,” says Wikipedia

“The city was the site of one of the largest roundhouses and repair centers on the Big Four/New York Central Lines.

“Trains stopped here to have steam engines serviced and to switch crews.”

Back on the train, the noise and shaking resumed. It was time to eat.

Daddy handed us each a plastic spoon and individually-sized cardboard boxes of Corn Flakes.

He showed us how to open the cereal using the perforations marked on one side of the box, and then to hold the box carefully on our laps with the opened side up

And right there on the train, as we sat up straight and carefully, Daddy poured some milk in each box!

We were pulling out of Bellefountain, the train was beginning its loud noises and shaking, and we were two happy boys gobbling our cereal and milk,

If every kid had a daddy

What a wonderful world! 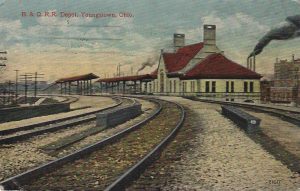 Our destination, Youngstown, Ohio. Uncle Marty would meet us and drive us to Newton Falls, my Dad’s home town.

14 Responses to All aboard! Next stop, Bellefontaine!