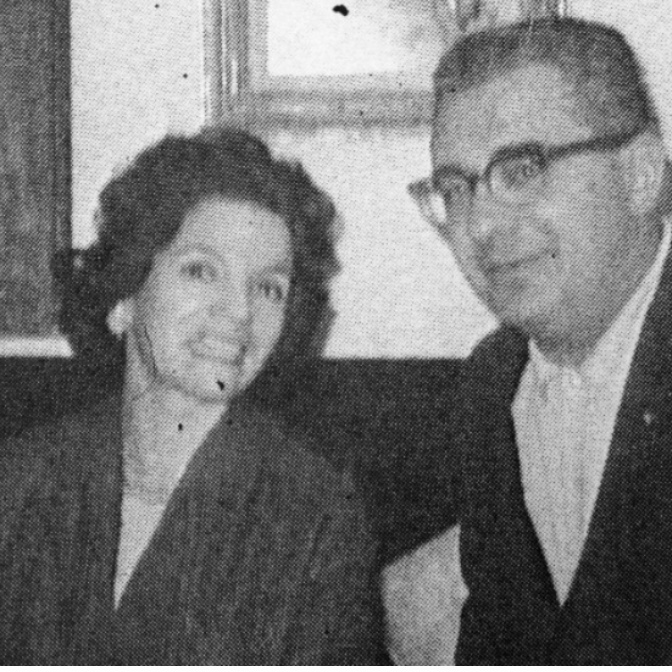 I’ve written about all my aunts and uncles before. (See Call Me by Their Names)

Here’s more about my wonderful aunt Babs and uncle Paul,  high school sweethearts who met as kids in the Rockaways.

Family legend has it that when he was in medical school at NYU,  and Babs was at Skidmore College in upstate New York,  Paul missed her so much he couldn’t concentrate on his studies,  cut classes to play Bridge,  and had to repeat a year.

But Paul eventually buckled down and he and Babs got married.   And although my cousins Debra and Robin weren’t yet born,  when Paul graduated from medical school his four-year-old niece was there – me!

Paul became an obstetrician and even once performed a hysterectomy on the family cat.   Always good with his hands,  he was a whiz with tools and his wife and daughters called him Mr Fix-it.  Indeed Paul could fix anything mechanical or electrical and once installed a complicated buzzer system between floors in my parents’ house.

And Paul was also an excellent boatman,  and after learning to fly in the Air Force during the Korean War,  he piloted his own private plane for years,  often flying up to Massachusetts to see his brother and sister-in-law in Northampton.  (See Rosie and Milt, the Literary Lady and the Second-Story Man)

On November 22, 1950 when Paul was a young intern at Queens General Hospital, word came that two Long Island Railroad commuter trains had collided on the tracks near Kew Gardens.

My uncle Paul was among the first responders on the scene and worked tirelessly to triage and treat the injured passengers as they were pulled from the mangled railway cars.  My mother proudly framed a newspaper photo of her heroic kid brother standing on a ladder propped against one of those damaged cars.  With 79 fatalities,  that train wreck is still the worst disaster in LIRR history. 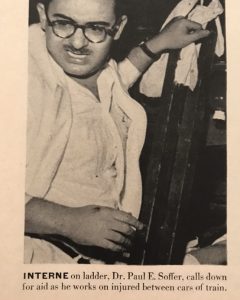 While Paul was finishing his medical training,  and before their girls were born,  Babs worked as a librarian.  In fact it was my aunt Babs who encouraged me to enter that field and so I did,  making it a 30 year, very rewarding career.   (See  The Diary of a Young Girl)

In the 60’s when Beatlemania was all the rage,  fans were asked to name their favorite of the Fab Four.  This is a button that Babs wore! 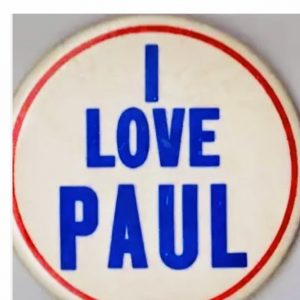