Prompted By What My Father Told Me
12 comments. 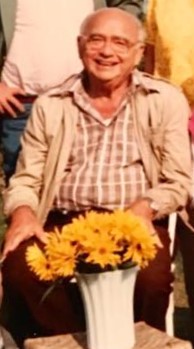 My father was a complicated man. He had quite a temper, but he was also very generous. I have written about the time he threw a milk bottle at me**, about his vanquishing the witch of my nightmares***, and about his treating patients who couldn’t afford to pay****.

His cardinal rule: to the outside world we must always present a united front.

The one cardinal rule that he drilled into my sisters and me: While we might disagree with each other at home, and even argue bitterly at times, to the outside world we must always present a united front. And he always did, publicly supporting us even when he privately disagreed with us.

* Thanks to Paul Simon for the song title

*** Father and Daughter (June 2017) — about the witch and so much more. I urge you to read this detailed portrait of my father if you didn’t read it back then.

12 Responses to Father and Daughter* (RetroFlash)