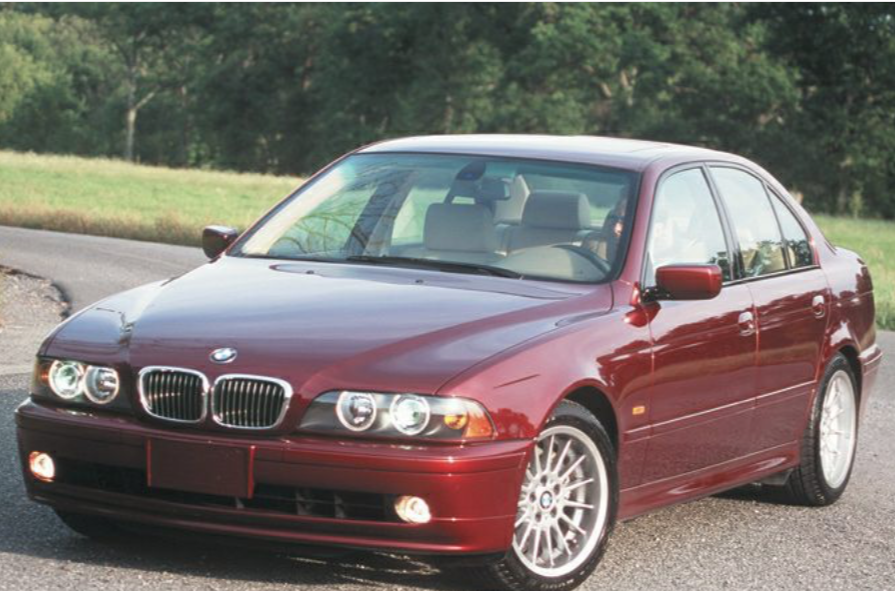 December, 2003, my first time volunteering for the huge “December Sale” at the School of the Museum of Fine Arts. My friend Barbara Cole Lee chaired this sale which ran over several days during the first week of December. She is a force of nature, brought in significant buyers from the art world and beyond and I wanted to do well.

That day, my shift was to begin at noon. I came from my quarterly neurologist appointment. I was still recovering from months of being indisposed with diarrhea and mild depression. I was rail-thin and had been taken off a medication that helped tamp down the migraines because diarrhea was a possible side-effect (I’d been on this medication without that side-effect for years, but never mind). I had my Filofax in the car, samples of a new drug and a new prescription for it. I was running a bit late. I hate to be late.

I got to the MFA with moments to spare before my volunteer shift began. There was a Rembrandt exhibit at the museum. I turned onto the street to the parking garage. The line of cars didn’t move; the lot was full. It took me ten minutes just to get past the line. I turned the corner and turned the corner. I’d park on the street and risk a ticket. I didn’t care, I had to park the car and get in, quickly! I found a space and ran. Snow was in the air. I grabbed my red apron, name tag and away I went. 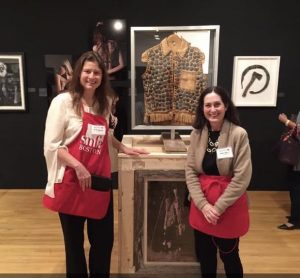 With Jill Armstrong (a volunteer who became a friend) in front of a Brian Burkhardt jacket, many years later

This was the first public day after private, evening parties and it was busy. At the end of the day, I had a huge sale, but was late getting out. Now the snow was really swirling around and Jeffrey was due home from his Sudbury school on the van. He had a psychiatrist appointment later in the afternoon. I walked the long block around the museum to where I was certain I’d parked my car. It was nowhere to be seen. I checked up and down the block. No where. I had no time to spare. I tried to call Dan. He had gone to a movie and was not yet home. I went back into the sale. No one offered me the use of a phone. I still had an old Motorola flip phone. One of the staff people told me there was a direct line to call a cab just inside the museum. I ran over there and called a cab which materialized in 10 minutes.

I pulled up to our house just as Jeffrey’s van pulled into the driveway. He was in a snit and wouldn’t think of going to therapy. Dan arrived a few minutes later. We had a quick huddle and took the appointment without Jeffrey. One could only push him so far.

I called the authorities to search for my missing car. I assumed it had been towed, since I was parked in a Resident parking zone. It turns out, there are three different authorities that cover that area of the Fenway; the regular Boston Police, the traffic police (meter maids) as this was Resident Only parking and Metropolitan Police (I don’t know what they do). I called Boston Police to see where my car had been towed. (Dan asked me VERY carefully if I was SURE I knew where I’d parked. I pulled out a map and pinpointed the spot. I was CERTAIN.) The police told me to call back later, as they didn’t have any reports, but they might not be the ones who towed it.

I finally called close to dinner time. The policeman said, “Come to a police station and make a report lady. Your car’s been stolen”. I was stunned, but found a station a few miles away and made the report. Then the next day, I began the process of what’s entailed in dealing with a stolen car. This was a very nice, two year-old BMW 540i 6 speed. I had totaled its predecessor (which looked just like it) in a serious accident on the Mass Pike about two years earlier and replaced it with the same car. When I called our insurance agent the next day, he mentioned that. “Yeah, same car. I replaced it with the same make and model.”

I had to send my key (and Dan’s) with a copy of the police report and get a signed and notarized affidavit, affirming that all I’d said was true and send it to the insurance company. We received a check for the replacement value quickly. We took a quick trip to Martha’s Vineyard to get our third car so I had something to drive until the new car I ordered came in.

It snowed heavily the next few days, but we were shoveled out and the  Museum School sale was a huge success. Six weeks later, I got an overdue parking notice on my car. WHAT? Could this be true? The ticket had an address (not the place where I was SURE I’d left my car). I went to check it out. And there was the car, buried under snow. The plow had taken off the passenger side-view mirror, but the rest was intact. I realized that I still had the little plastic valet key in my wallet. I unlocked the car and got out my Filofax and every other personal item. I called Dan. “Should I move the car?” “We don’t own it”, was his reply. “The insurance company does. You have to call them.”

I was beside myself. I DO NOT LIE. I was very careful when I called. I didn’t want to be accused of fraud. I said, “The car has been located.” He was so nice. He said, “You’d be surprised how often this happens. Someday you’ll laugh about this.” I cried.

Dan tells me they were happy to get the car, since now they could auction it and get some money towards their claim. A moment later, the police called. “We found your car.” No shit.

There were $900 worth of tickets on the car (after a certain amount of time, there were fees on top of the original tickets and the meter maids kept ticketing). I didn’t have to pay, since I’d reported it stolen, but I did have to go to the Parking Bureau in Boston City Hall to get it all squared away. I probably paid $25 just to park downtown.

I volunteered for many more years at that sale. I always began my shift when the doors opened, so I would NEVER have trouble parking again.

Was this truly a “senior moment”, as the prompt implies? I never thought so (I’m writing because my friend John, in a comment on my other story, reminded me of this story, which I haven’t written about). It was a stressful day, at a stressful time in my life. Stress, while rushing around, can bring forgetfulness. And this is a good story, even if I still can’t laugh about it.

22 Responses to Finding the Car

Foiled by Finkel and Foyle
by Marian