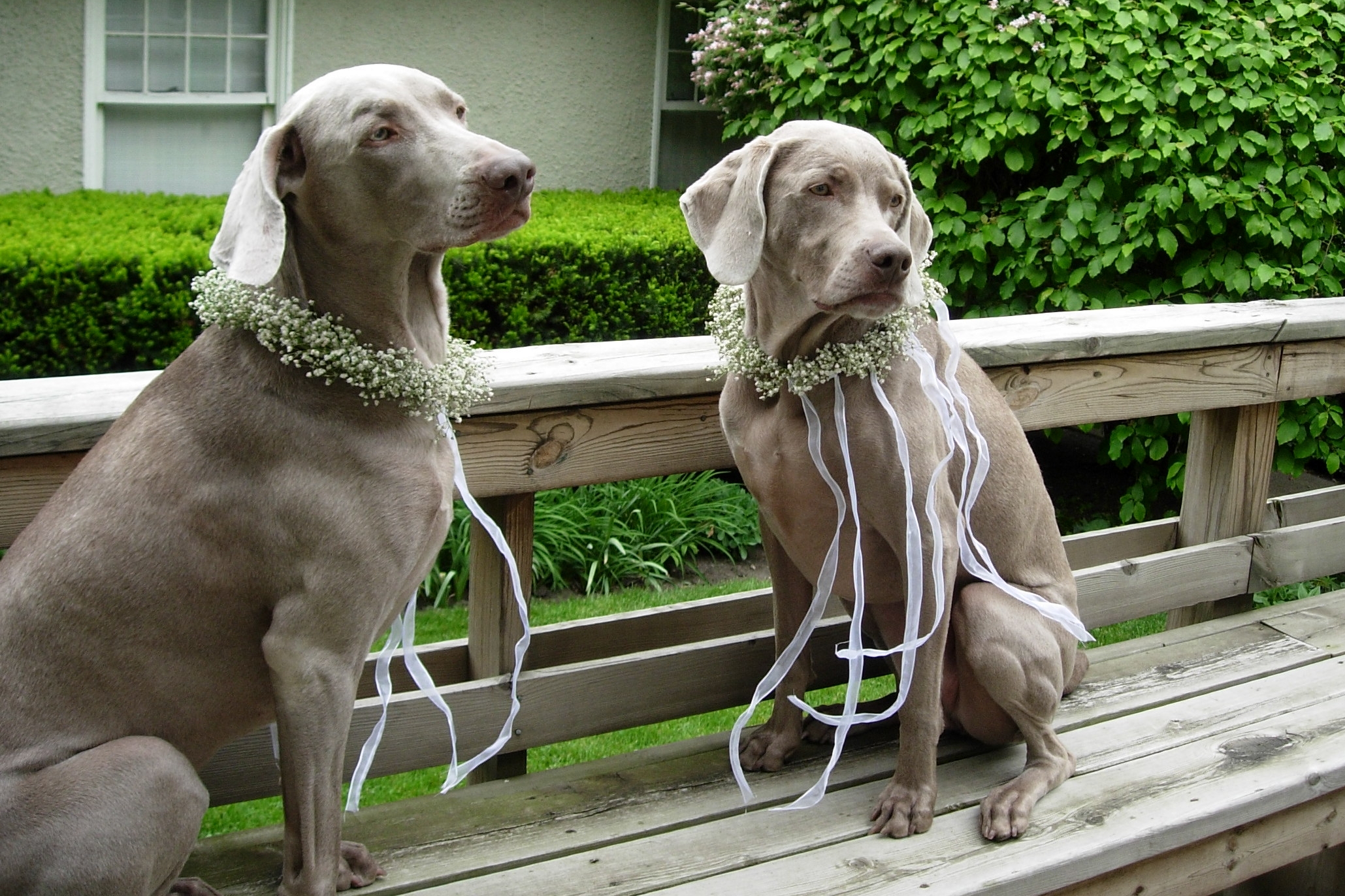 Savannah and Aspen in fancy dress

When my parents broke down and finally let us have a dog, it was literally a “doggie in the window” of a hardware store with a sign that read “free puppies.” My father named him Checkers, although that was the name of Nixon’s dog and we hated Nixon. Still, not a bad name for a black and white dog. Probably a better choice than the awful free puppy I christened Tigger, which we all know is a cat’s name. Sadly, Tigger grew into an ugly black dog, too much for me to handle with two young children and a third on the way. We were all relieved when our handyman adopted him as a guard dog, which tells you something about his temperament. I have no pictures of Tigger. 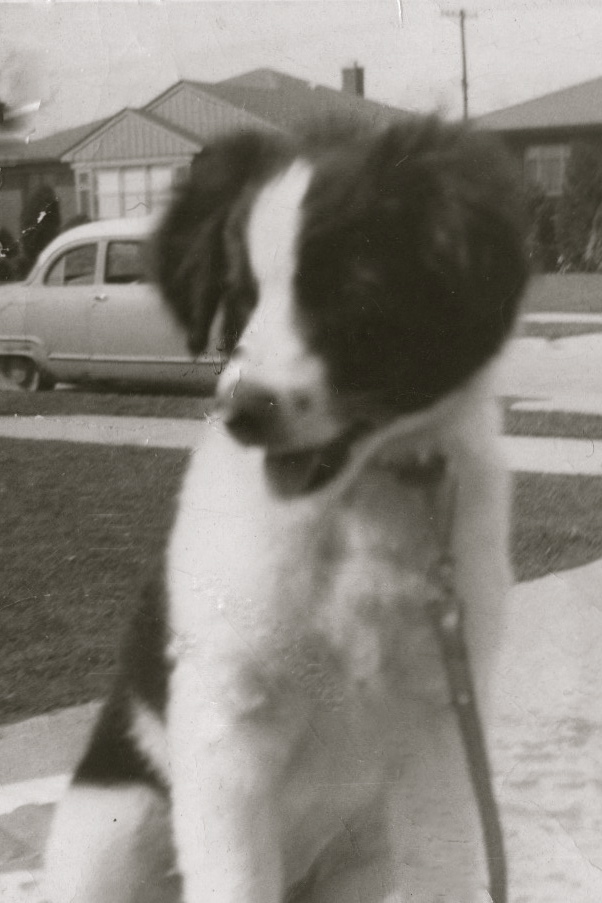 Checkers as a pup

Allowing kids to name their pets leads to the most creative and special pet names.

Because our son was allergic to dog and cat dander at the time, we next opted for an 8-month-old Yorkshire Terrier already named Rocky. That name never suited the mop-like critter who came to us paper trained and never fully understood that we preferred he do his business outside. Next came Tami, a kitten born to our friends’ cat Ninja. My older daughter had naming rights for that pet and thus chose the girly name with unique spelling. 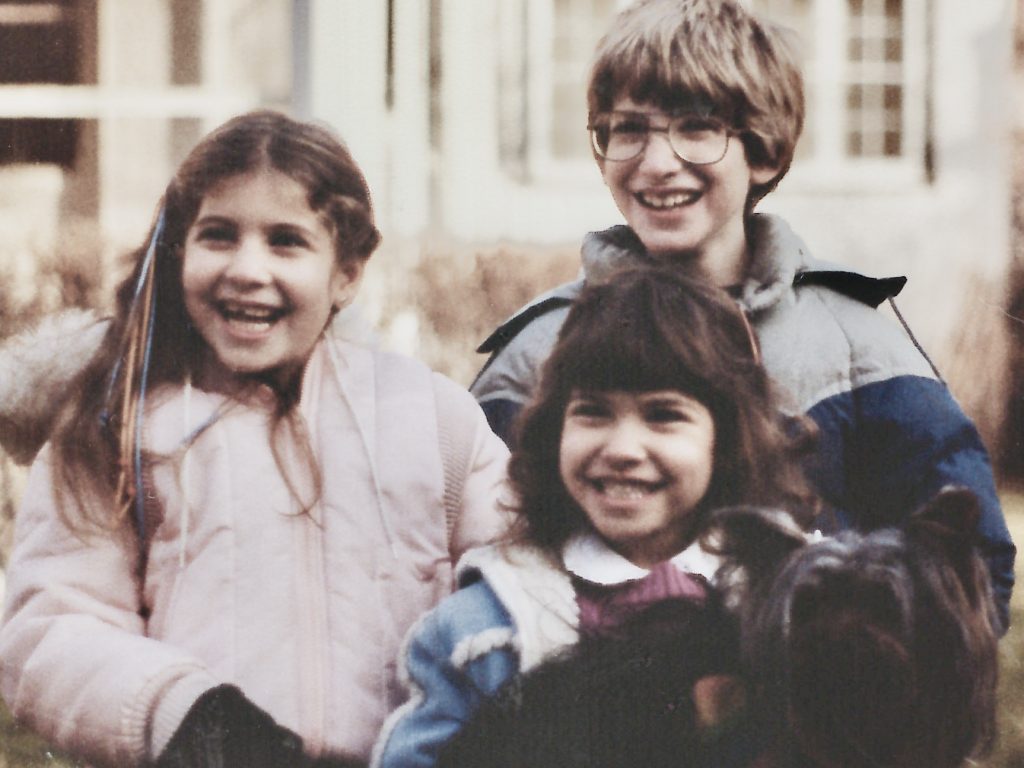 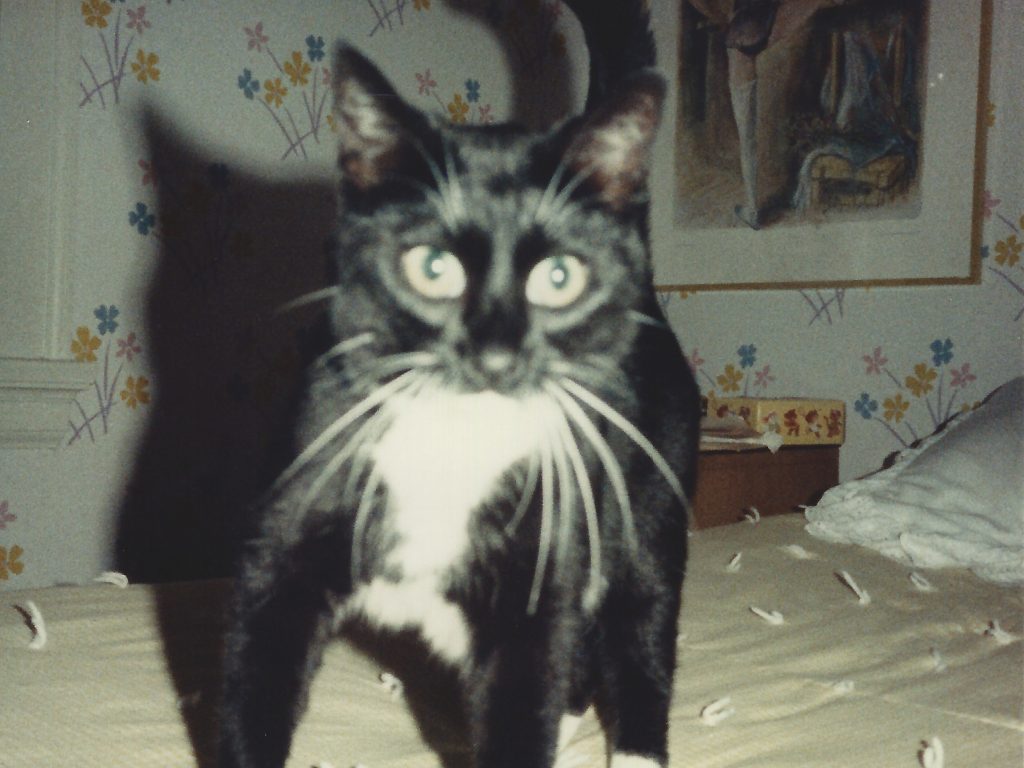 But is was our youngest child, an animal lover who ultimately became a veterinarian, who takes the prize for naming pets. Her best friend next door had a cat named Heidi who had kittens christened Gray Guy and Shy Guy. Her friend kept Gray Guy, who eventually came to be known as Gregory. When one of my  friend’s cat had kittens, my daughter pounced, insisting taking one of them would be good for the aging Tami, who was peacefully co-exiting with the aging and incontinent Rocky. Thus, Pippen joined our household. This was during the height of the popularity of the Chicago Bulls. Pippen, AKA Mu Mu, was a great cat. Much like his namesake, sometimes he decided to rest rather than play. Turned out he had a heart condition and didn’t live long past his first birthday. 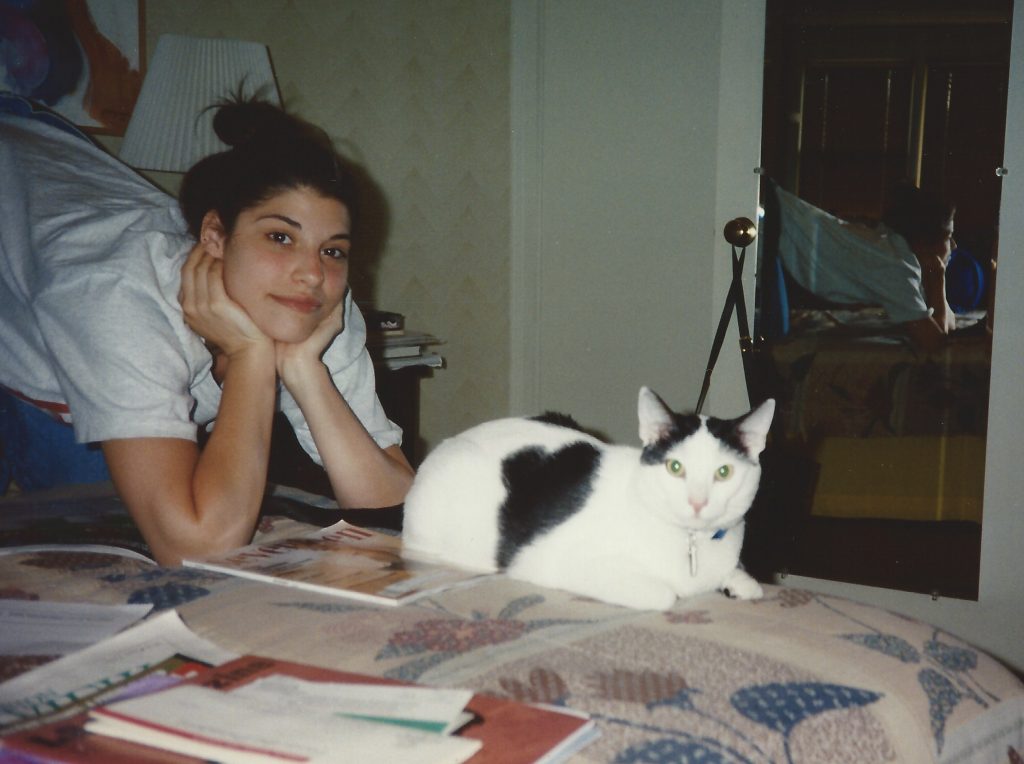 Pippen with the future vet

Of course, she demanded a new cat, ostensibly because Tami was bereft (she wasn’t). This time, we adopted one from the Tree House, a no-kill cat shelter. The paperwork was copious and we promised to be wonderful owners. This kitten was named Katerina, a name a girl of a certain age would choose. But that name evolved to Tree-Bert (maybe she climbed trees since we l let our cats roam outside in those days?) to Kat-Bert to Bertie to Bert. 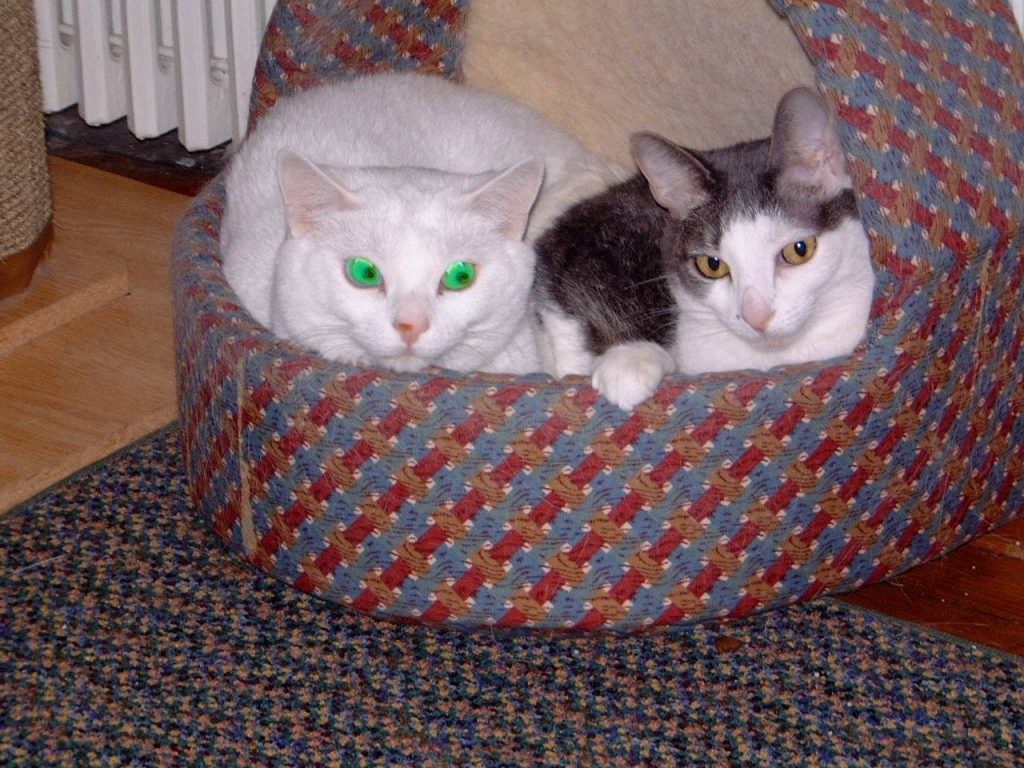 Bertie was a pretty good cat, but when Rocky and then Tami died, once again my daughter insisted our pet needed a companion. B.J. (remember B.J. Armstrong?) moved from a cage in the local animal shelter where our daughter volunteered to living under our beds. He never received an endearing nickname because our daughter left for college and we were left with Bertie and the people-hating B.J.

Our animal-loving daughter had two Weimaraners post-college, Savannah (Van Van) and Aspen (Baby Brown) which are the featured image. But when she added more pets as a parent, she let her kids choose the names. Thus, Flynn Rider from the cartoon Rapunzel (AKA Flinner, Lou Bob, Flinny) joined her family. After the death of the Weimaraners, Flynn Rider’s brother Rex (for T-Rex, of course) moved in. Rex also goes by Sexy Rexy, The Lorax, and Rex-a-pod. Her next addition, a female, was named Charlotte Grace (AKA Gracie, Guacamole, Guac, and Mole). The latest to join the menagerie was christened Boise (back to naming pets for cities, or in this case a college) who will also answer to Boysenberry, Berry, and Stinky Jinky. Oh, and I forgot their snake (Freudian slip?) named Marge (from the Simpsons) Bouvier (to honor Jackie Kennedy?).

Allowing kids to name their pets leads to the most creative and special pet names. One of our grandsons wanted to name his new cat Window because that’s where she liked to sit. While she is now called Winnie, I smile when I remember her secret first cat name. Aside from Flynn Rider and Rex mentioned above, my grandkids have named a minnow Tsunami, a crawfish Nick (to honor a friend), and a beta fish Ash. Several goldfish were named Glub-Glub. But my all-time favorite was our son Jonathan insisting at age three that the parakeet we got for him be named Jonathan. After some convincing, he settled for Jonny, which is a good thing because the poor bird perished when he and a friend knocked its cage down. 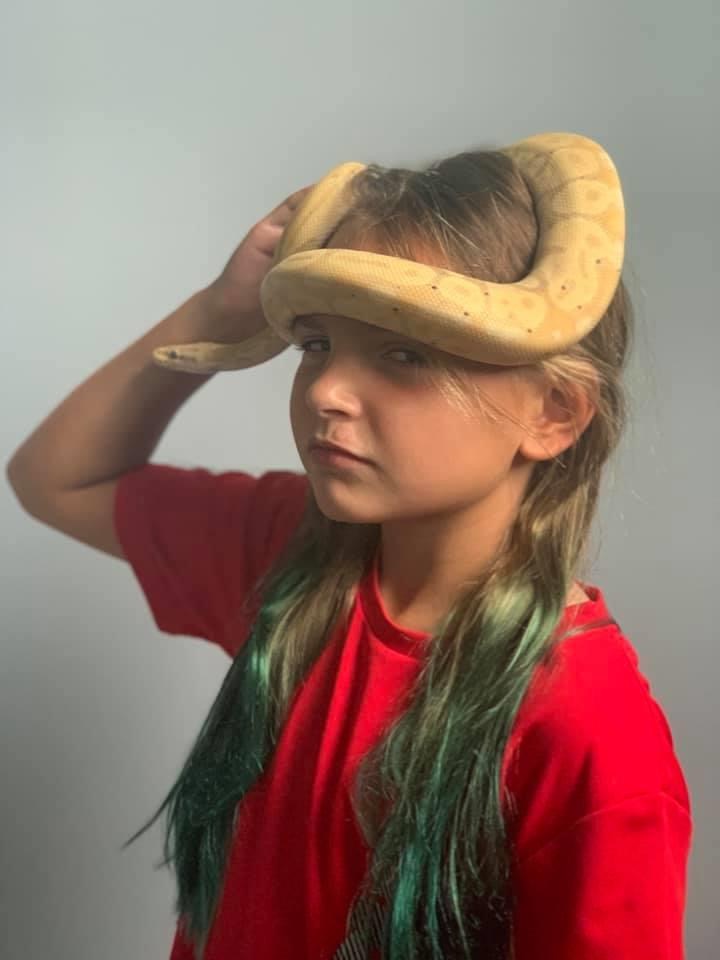