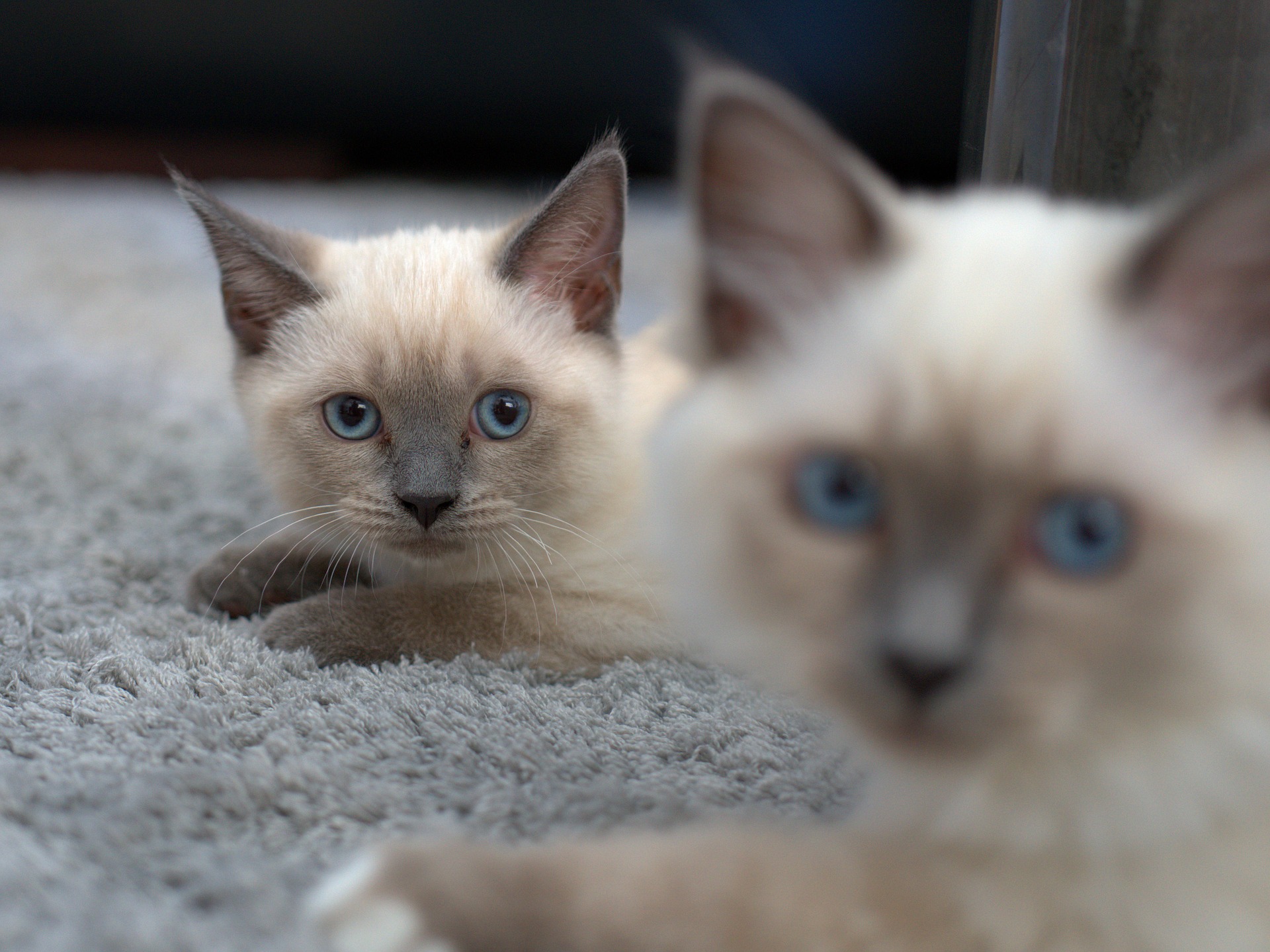 Latte looked very much like this, except her points were light brown.

Naming pets has always been creative and fun for me, and despite having grown up with Dick and Jane, I always avoided Spot and Puff. Here are some of the pets in my life, my own and other people’s, that deserve recognition for their names or other notable attributes.

Here are some of the pets in my life, my own and other people's, that deserve recognition for their names or other notable attributes.

Most appropriate name. The award goes to Dusty, my first mammalian pet. This tortoiseshell Persian kitty also had a layer of gray in her coat so that, no matter how clean, she always looked like she had rolled in dust. Speaking of clean, she did learn to avoid skunks after the first spraying and my cleaning her off with tomato juice.

Most clever name. The award goes to Nibblet, the little guinea pig I had in middle school. Slim and delicate, she caught a cold and died within a year. Kudos go to my mom, who despite an aversion to rodents justified by being a New Yorker, let me have Nibblet.

Scariest pet. The award goes to Kati (apologies to our Retro writer Khati), the Doberman who lived next door to us for a year. The family who owned her had lived in a dangerous area in Greece, and the dog was trained to kill–literally. It was terrifying when Kati dug under the fence and ended up in our yard, but no matter–she could also leap over the fence from a sitting position. We were relieved when the family moved.

Most loyal pet. The award goes to Coco, my old boyfriend Hugh’s Aussie shepherd/Aerdale mix. Affectionate and protective of children, Coco taught me how to appreciate dogs.

Cutest name. The award goes to Dingle, the little Basenji pup we found abandoned in Hugh’s front yard, with a collar and a bell around his neck that went “dingle.”

Most exotic name. The award goes to Bokhara, my former husband’s enormous calico Persian cat, named after the region that produces beautiful rugs. Bokhara and I became fast friends coping with a home remodel gone wrong. Because she weighed in at over 18 pounds, it took two people to get her into the car to go to the vet.

Favorite personal pet. The award goes to Latte, my beautiful Siamese mix cat who was with me for 19 years. I named her Latte because, as a kitten, she was milky white with coffee-colored points. She was my dedicated companion through divorce, moves, and many ups and downs. I still miss her.

Oddest pet. The award is a tie and goes to Artemis and Baby, the boa constrictors. When my block was flooded in an El Nino, Latte and I spent a restless night at my neighbor’s house, in the room where his snakes resided (see my story Fish in the Street, Snakes under Glass). Artemis was the circumference of my thigh, and thankfully Baby was smaller. Out of concern for his human guests, my neighbor didn’t let his pythons roam free that night.

Sneakiest pet. The award goes to Rudolph, Dick’s grand standard poodle that was long gone before I came into the picture. Rudolph was very fast and got into many scrapes, including stealing a bunch of sausages off a coffee table and running away with them, and teasing and then outrunning the neighbor’s German shepherd. Dick arrived at a clever solution to forgetting the answers to those annoying security questions, such as “What was the name of your first pet?” needed to access websites. He uses “Rudolph” as the answer to all the questions.

Most improved pet. The award goes to Lexie, my brother and sister-in-law’s border collie mix. We don’t know the details, but Lexie was horribly abused before she ended up in a shelter. She was adopted and returned–twice, hiding and trembling at the slightest disturbance. This was her last chance, before she would have to be euthanized. My sister-in-law, whom we call “the dog whisperer,” worked miracles with Lexie over about a year. She turned Lexie into a loving member of the tribe. Lexie died last year at the age of 14.

Luckiest pet. The award goes to Buddy, my friend Penny’s feisty terrier mix, who confronted coyotes outside her desert home, ended up in a coyote’s mouth, and lived to tell the tale. Penny’s husband had to charge the coyote with a shovel to let go of Buddy, who never learned to fear the coyotes. Buddy lived to the ripe old age of 15.

Most lovable pet. The award goes to Penny’s other dog Charlotte, the smallest Yorkshire terrier I’ve seen. I don’t like “yippy” dogs, but Charlotte is quiet. She doesn’t take to strangers. However, she loves to be in my lap, and Penny tells me I’m the only person that she approaches.

Best new pet. The award goes to Hugo, rescued twice by members of Dick’s family. A scrawny puppy who turned out to have elements of Labradoodle and Maltese, he was found in a dump in Tijuana and fostered by Dick’s sister Connie, who liked him so much she adopted him. Hugo turned out to be too active and athletic for Connie (she fell when he escaped his harness), so Dick’s daughter and son-in-law adopted him. Hugo loves to fetch and run around their big yard, and is friends with everyone.

Most compassionate human. The award goes to my bonus grandson Max. Stuck alone in his small apartment during the pandemic, he began fostering abandoned animals. This spring he took kittens, two male siblings abandoned at two weeks old, getting up several times a night to feed and care for them. They are now healthy and ready to be adopted.

12 Responses to My Pet Awards