Prompted By Nannies and Babysitters
13 comments. 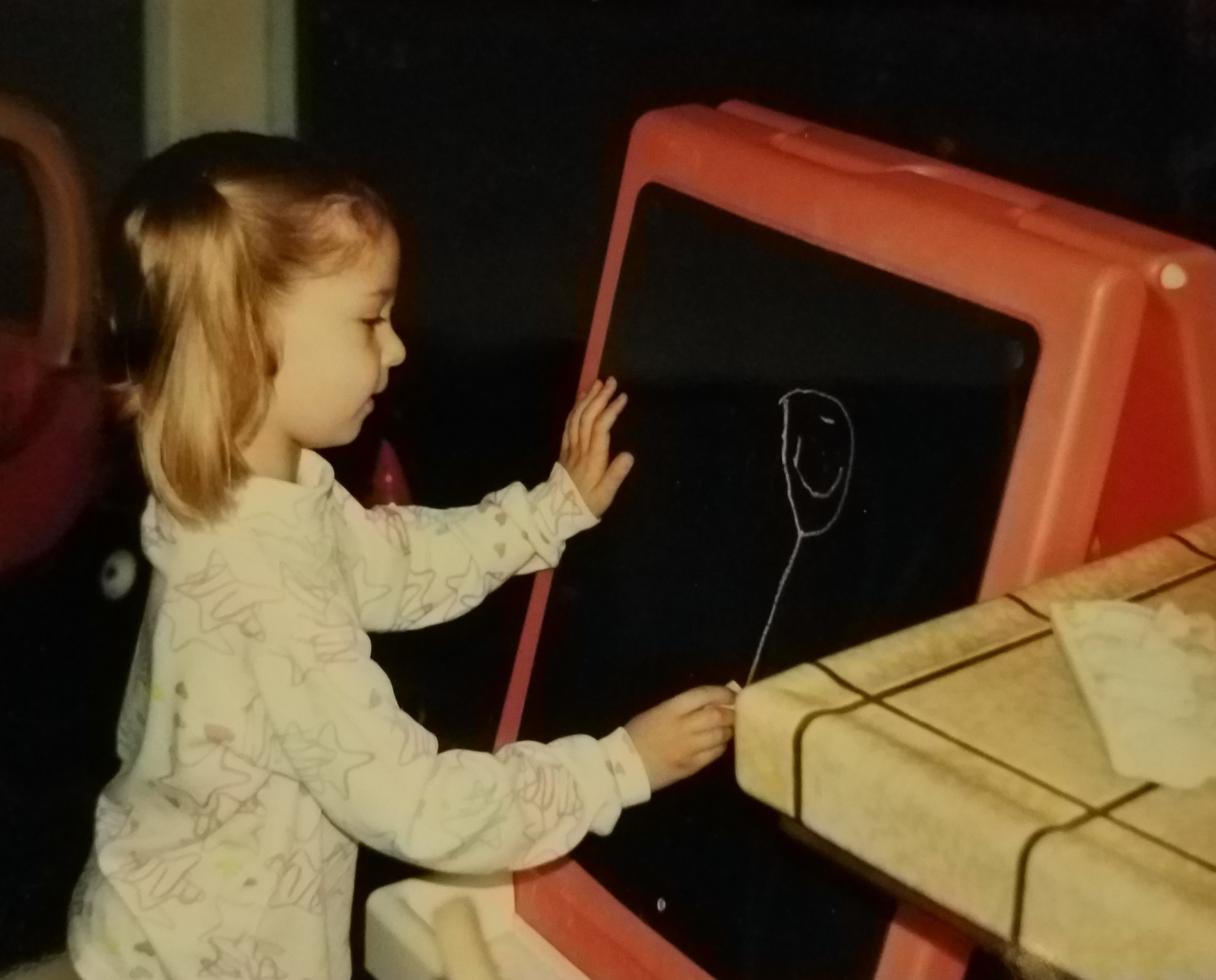 One of many pictures of Molly taken by Cindy or Penni, but no pictures of them with Molly

When each of my first two kids was born, I stayed home for a year, and when I went back to the AG’s Office (part-time) they went to a daycare center. That seemed to work pretty well. But with the youngest, we thought it made sense to have someone come to our house, because she could also supervise the two older ones after school and during vacations, and even pick them up from two different schools when I couldn’t. So we went to a nanny placement agency. I can’t remember how we found the agency. This was 1997, so it may have been possible to search on the internet by then. Or maybe we saw an ad in Parents Magazine. Funny how hard it is to remember what it was like when you couldn’t find everything online.

There was no cost to the nannies to be listed with the agency, and no cost to the parents to get files on applicants. The charge came when you hired someone, and I recall that it was quite high, maybe close to $1,000. But there was really no other way to find experienced childcare workers who had already been thoroughly vetted. And if the person you hired stayed for four or five years, it was a pretty low annual investment.

The nanny applicants each filled out a lengthy form, 15 pages or so, asking many details about their life and experience, and also asking for essays on their philosophy of childcare and other similar topics. The parents had to fill out a questionnaire too, not quite as long, but with lots of questions about our philosophy of childcare, and what we were looking for in a nanny. Then the agency matched up nannies and parents that they thought were a good fit. They gave us the files on four or five nannies that we could interview if they sounded good to us. If we hadn’t liked any of them, we could have given those files back and asked for more choices. But when we read them over, one was clearly the best, and we snapped her up.

She was perfect. I thought our worries were over and she would stay until Molly started kindergarten. However, after twenty months she left us and eventually vanished without a trace, as I described in The Perfect Nanny. I wrote that story last year on The Twilight Zone prompt, and am moving it to this prompt because it is an important part of my nanny saga. You can mentally insert it here.

We then tried putting Molly at the same daycare center the other kids had attended, but it was a disaster. So back we went to the nanny agency that had served us so well. It was hard to choose this time, because we had been spoiled by our Perfect Nanny. We finally decided on Cindy, who was okay, but unremarkable. Her previous placement had been with a Sacramento newscaster who was a local celebrity, and who gave her a rave recommendation. I think we were unduly influenced by the celebrity factor. 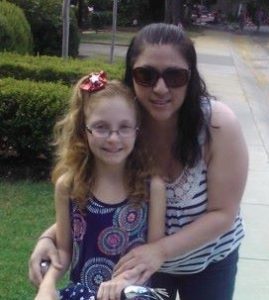 Cindy with her own daughter, adopted after her time with us

Cindy had only taken care of boys before, so she got a book out of the library about how to make different hairstyles. She did lots of elaborate braids and twists with Molly’s long blonde hair that looked so cute, but much later Molly told us that the braiding was always too tight and it hurt. Since the playground near our house was being replaced that year, Cindy and Molly made the rounds of other playgrounds in the vicinity. Cindy ended up becoming good friends with some of the other nannies, which was good in that Molly got to play with the kids those nannies were taking care of, but bad because the nannies just sat on a bench and gossiped while the kids ran around basically unsupervised. We didn’t feel like Molly was learning anything from Cindy, the way she had from the Perfect Nanny. We didn’t want to fire her, but when she came to us after a year and said she and her husband were moving to Bakersfield, we were relieved. Then it was back to the agency once again.

That was when Penni came into our life. Unlike the other two, who were both in their twenties, Penni was in her early fifties, several years older than my husband and  I. She had recently moved to California from Nebraska to marry a much younger guy whom she had met online. She had three grown children and one teenager from previous marriages, although only the teenager was living with her and her new husband. She wanted more money than we were planning to pay, and when we hesitated, she said I’ll work for you for a week at your rate, and then you can decide whether I’m worth it.

She was definitely worth it! Not only did she do a wonderful job with Molly, she also cooked dinner for us five days a week, and cleaned the house when Molly was napping. You might as well fire your cleaning lady, she said, I can do a better job than she does anyway. That was true, but we didn’t fire the cleaning lady because we knew we would lose Penni when Molly went to kindergarten. It was wonderful to have her cook for us, and sometimes even do the grocery shopping (Molly was 4 by then, so she could take her to the store and even make a game out of it). But she did make some dishes that were pretty weird. The first thing she served us was salmon patties, which was salmon that was somehow made into the consistency of ground beef and looked like pink hamburgers. I didn’t love it, but I’ll eat almost anything if someone else is doing the cooking. However, the kids were emphatic – we don’t ever want that again! Through trial and error we found an acceptable menu. 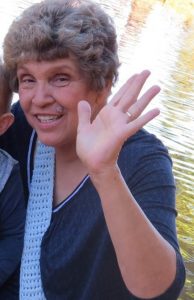 She baked cookies and got Molly to help. Or at least to lick the spoon and the beaters. All the kids liked eating the raw cookie dough better than the finished cookies. When my nephew was visiting from New York, and exclaimed about how much he loved her cookie dough, she made him a whole batch of dough to take home with him. She thought it would last him a couple of days, but he ate it all on the airplane.

She did some things I didn’t like so much, but it was hard to complain. She would take Molly to McDonald’s and buy her french fries, which Molly apparently liked with lots of ketchup. She referred to it as giving Molly her “ketchup fix.” She also bought clothing for her. She paid for the french fries and the clothing with her own money, but still, neither was what I would have chosen. I didn’t say anything until Penni gave her a little Tinkerbell dress and matching platform sandals. Molly was already wearing them when I got home, and she loved them, so it was hard to say she couldn’t have them. But the sandals had a sole that was at least two inches high, and I was afraid she would break her neck walking in them.

So I had to hide them in a cupboard and let Molly think they had gotten lost. And I told Penni absolutely no more platform shoes for this four-year-old! (The sandal on the right is the closest image I could find online, but Molly’s were lime green and had a picture of Tinkerbell instead of Apple Blossom.) When Molly started kindergarten, we had to say good-bye to Penni. The hardest part was having to cook our own dinners again.

On the whole, I feel like we were pretty lucky. It would have been better if our Perfect Nanny had stayed with Molly the whole four years. But since that was not to be, I’m grateful that the arrangements we made did not result in any disasters, gave Molly a good foundation for kindergarten, and provided the other two kids with some experiences they might not have had otherwise.

13 Responses to Pennies From Heaven