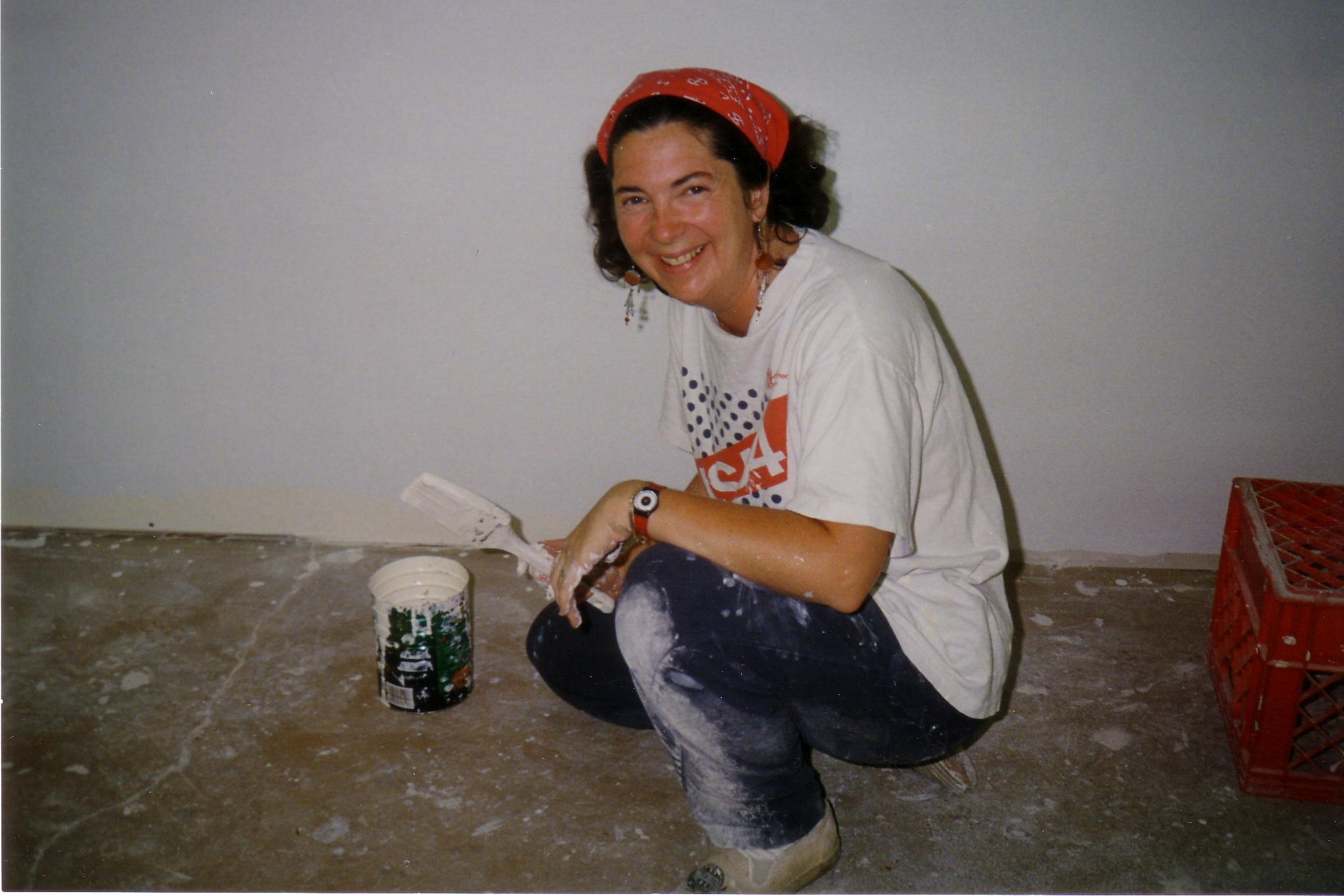 On a snowy day in January of 1991, I was literally driving up and down streets with a colleague looking at buildings to house the new preschool we were starting. We spotted an abandoned building that was headed for receivership. Its location was ideal, but even more exciting was its proximity to the new community-built Penny Park. It was just ripe for the picking if we only had money, which we did not. So how did we end up buying our own building with no capital? It was a different era and we were able to negotiate two mortgages with no down payment to finance the building. As always, someone knew someone. At the time, it did not seem particularly remarkable to me – we all expected we would succeed. Six families loaned us $50,000 with a promised high interest rate, and we fundraised $55,000 more to pay for the build-out costs, which we estimated would be $105,000.

Next hurtle – what contractor in his right mind would undertake this project with such an unrealistic budget and very tight timeline? It was now June and we needed to open the school in September.

The building we purchased had been used as office space, and I must confess that initially my insanely optimistic board and I thought we would somehow make it work. We assumed we could knock down a few office walls, resulting in long, narrow, rectangular-shaped classrooms. But when a school architect looked at the space (pro bono, of course), he enlightened us to the unreality of our vision as well as to the requirements of the city and the newly passed Americans with Disabilities Act (ADA) regulations. Next hurtle – what contractor in his right mind would undertake this project with such an unrealistic budget and very tight timeline? It was now June and we needed to open the school in September. Enter Conrad. 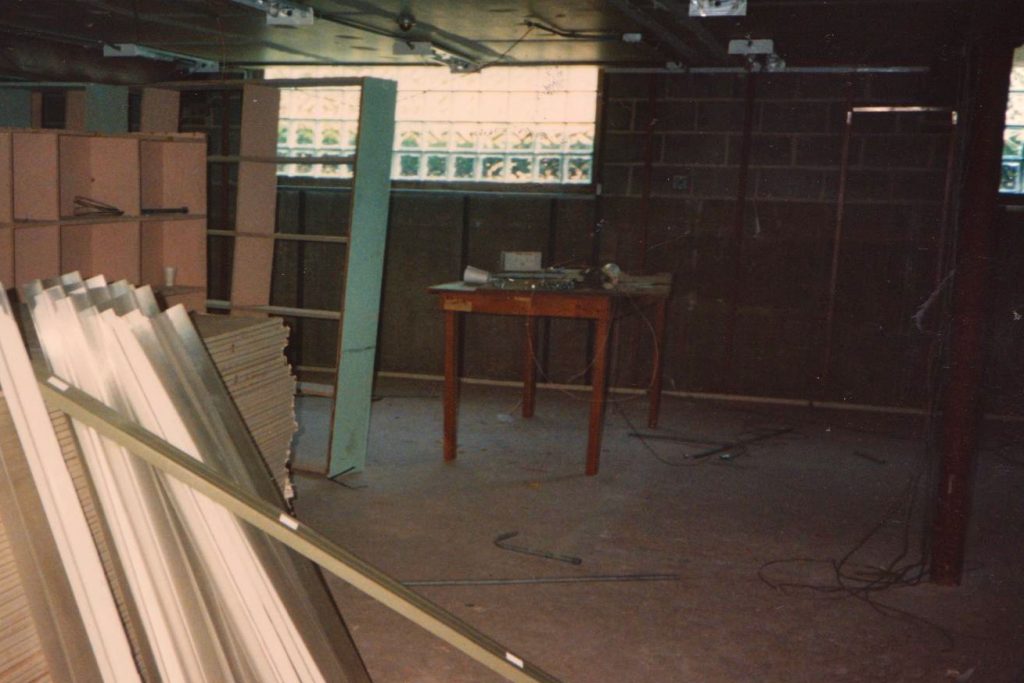 Classroom that just needed a bit of work 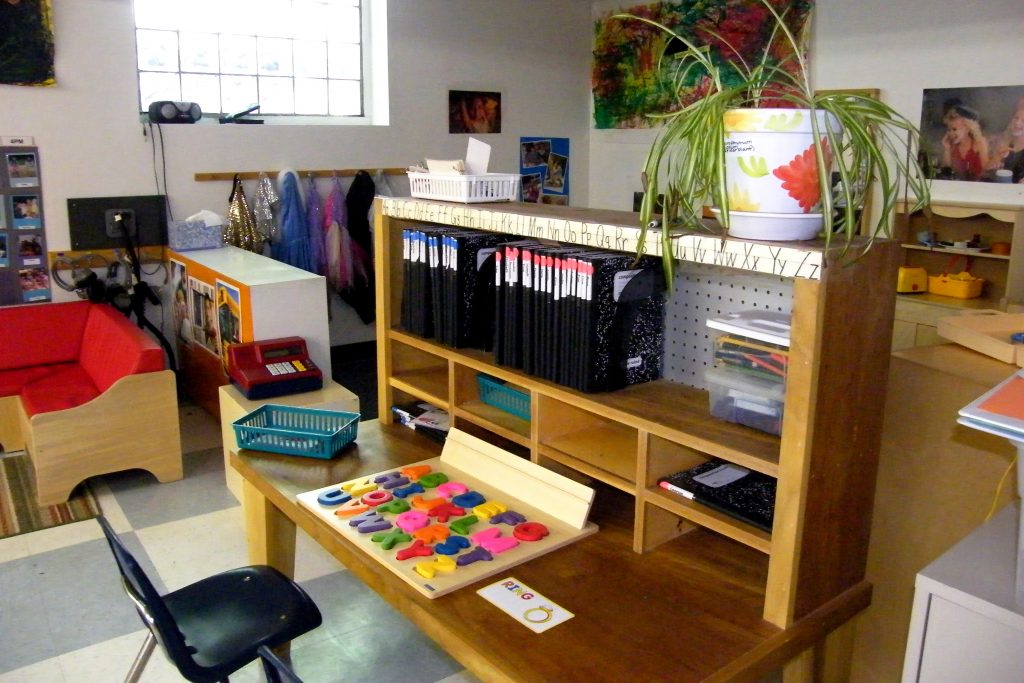 We saw working with Conrad as just another small bump on the road to having our dream school. True, he had never done a home remodeling, let alone a project of this magnitude. But he had just remodeled a board member’s bathroom, seemed like a nice guy, and was naïve enough to make a really low bid. Perfect. He fit right in with our vision. Poor man. We hounded him mercilessly with punch lists, he was overwhelmed by requirements from city inspectors, and he probably lost money in the end. He got the job done with lots of help from parents whose skills ranged from master carpenters who built the handicap accessible ramp to people who had never hammered a nail.

While trying to build out and equip our school, we encountered many unanticipated costs, including the new ADA regulations, and we were soon 50 percent over our budget. The city was unsure how to apply these new rules and insisted on things like a handicap accessible bathroom in the basement, which was not accessible to people who would need such a bathroom (the city prevailed here). We argued about handrails in bathrooms for children that the city wanted at regulation adult height (we won that one). To keep costs down and in our “barn-raising” tradition, parents painted the entire school, cleaned ducts and floors, sealed the parking lot, picked up and installed donated used appliances for the kitchen, built and installed cubbies in the classrooms, cleaned everything, and borrowed a truck to pick up and deliver donated furnishings for the school.

One of our many fundraisers to keep up with our growing construction budget was a special screening of Disney’s Aladdin. Unlike Aladdin, however, we did not have a whimsical genie to grant us wishes. Our magic came from working 60-hour weeks. Despite trying to balance the start-up chaos with my ongoing asthma attacks brought on by construction dust and stress, I was energized by what I saw unfolding. We were like the Amish in the famous barn-raising scene from the 1985 Harrison Ford movie Witness (minus him, of course) – the sound track kept running through my brain. We plied city inspectors with homemade brownies and plowed ahead. 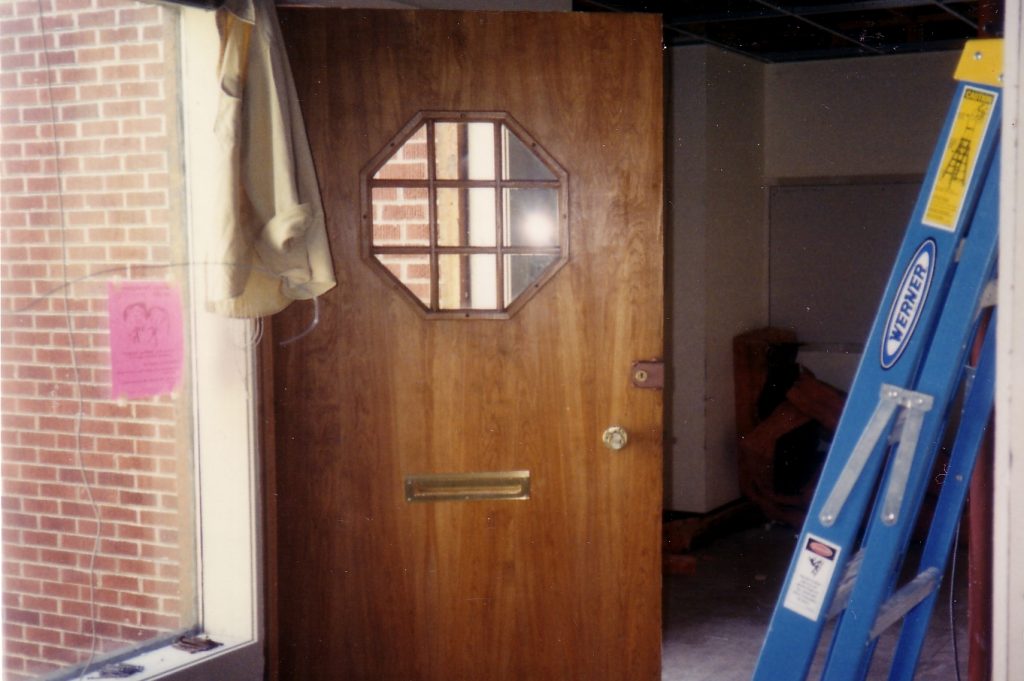 Entrance to the building as we bought it 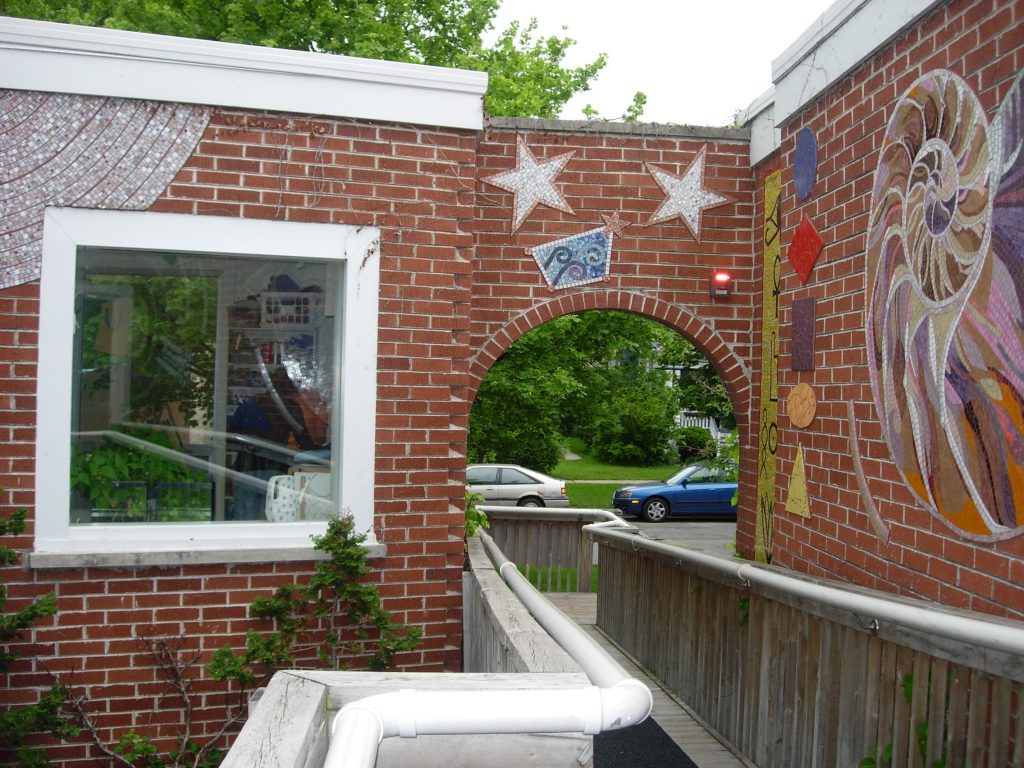 While brownies, begging, and believing in ourselves carried us pretty far, there were some moments of despair for each of us. For me, it was the electrical inspector. During the entire nine months of it took to create the preschool and through that tough first year spent in survival mode, there was only time when I lost it. After we moved the toys into the classrooms, the electrical inspector refused to look at the outlets because we had “occupied” the space without his permission. When treats and entreaties failed, we offered to move everything to a heap in the center of each room so he would have lots of space for his inspection. He would not be moved but all of the toys were, carted back to a storage area by the staff and me, and I sat on the floor and cried. Miraculously, our school still opened on September 21, 1992 – only a week later than we had hoped. 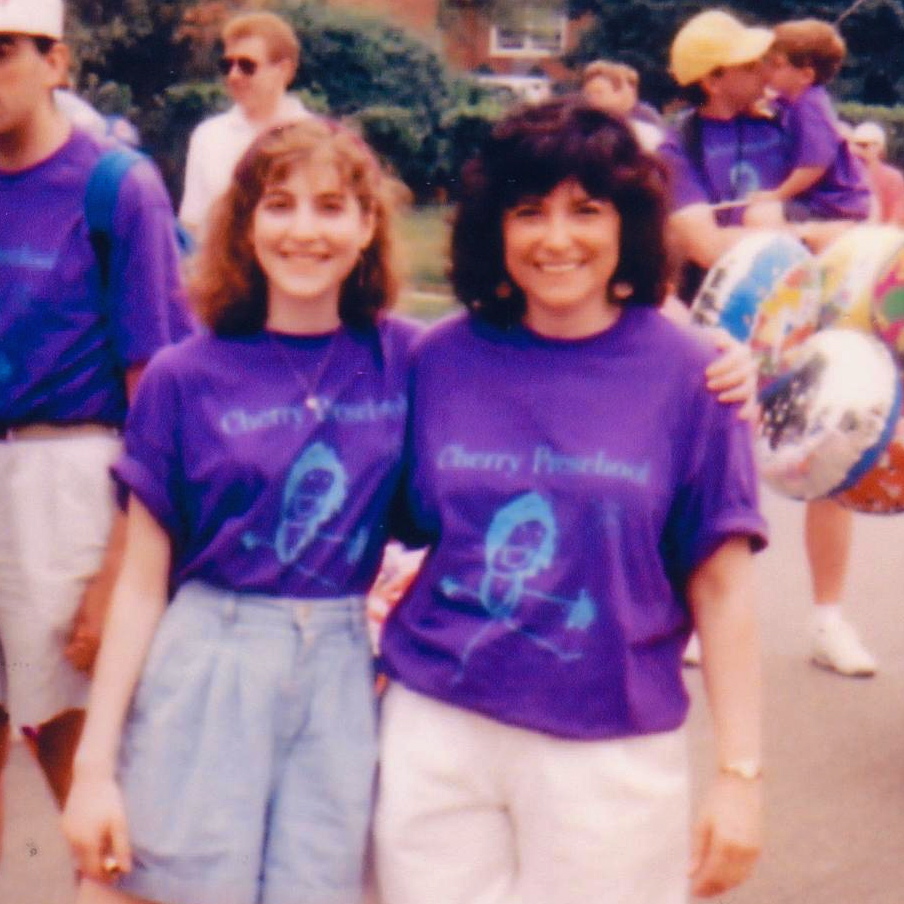 Celebrating with my daughter in 4th of July parade

11 Responses to Punch Lists and Prayers