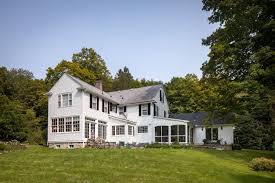 Out in Western Massachusetts, just short of Cummington, is the tiny hamlet of Swift River.  If you turn off right past the bridge and wind down a tree-lined lane far enough to lose sight of the paved road, you might find an old white clapboard farmhouse and a barn by a meadow.  It belonged to someone in Jon’s family, and he had spent summers there; by 1973 the relatives had passed on, and he was charged with repairing the premises—I think under his father’s general aegis.

The house was a study in deferred maintenance.  Charming, with furniture, bedding, kitchen ware, and barn implements still in place, but old. He was a budding architect.  I was a friend of a friend with no repair skills to speak of, but had youthful enthusiasm, and came cheap.

The house was a study in deferred maintenance.  Charming, with furniture, bedding, kitchen ware, and barn implements still in place, but old. He was a budding architect.  I was a friend of a friend with no repair skills to speak of, but had youthful enthusiasm, and came cheap.

Behind me: two years of pre-med, political disagreements with the university administration, and college graduation.  Ahead: medical school on the West Coast, and a complicated plan on how to get across the continent.  The summer was a present of time without demands other than needing a place to stay and some pocket money.

The punch list of house repairs was long.  The multi-paned windows needed re-glazing, and the grout had to be prepared and drawn just so.  All the rooms, some with lots of built-in woodwork, needed paint, and I learned how much of painting is preparation–getting a bead going to make a good line and avoiding drips was the easy part. Everything needed to be cleaned and tidied and sorted, and the yard and garden needed weeding and mowing.  Laundry was done with the old wringer washing machine, and clothes hung to dry on the line. The old barn still had hay in it, as well as tangled piles of rusted nails, screws, nuts, bolts, and odd bits of hardware, all of which ended up in respective jars.  I assisted a lot on jobs that required more skill or brawn than I had, passing tools or holding a ladder.

We worked five days a week, enough to make progress.  It was an honor system; no one else was there to oversee the hours or the work and we had the house to ourselves.  On a hot afternoon, Jon would lead us down a tangled path on the other side of the road, where the river formed a swimming hole full of welcome cold water .  When Cummington had a fair or market day, we might check that out.  To catch cool night breezes, we set up on the screened-in sleeping porch on the second floor, hoping the no-see-ums wouldn’t get through the mesh.  I remember the green leaves, the sun on the meadow, the sense of suspended time, the physical work, the living history of the old place and small town.

On weekends, I might go back to Cambridge, where I was crashing with my city boyfriend of the time, and sometimes he would visit the greenery of Swift River.  No one had a car, but we had time and stamina, which came in handy hitchhiking back and forth on routes 2 and 9.

By the end of the summer, the house was looking a bit better.  Not redone, just more solid and a bit fixed up.  I now realize that I also became stronger by the time I left Massachusetts for the long trek west–the house wasn’t they only one to have benefitted from a bit of repair.

14 Responses to This Old House