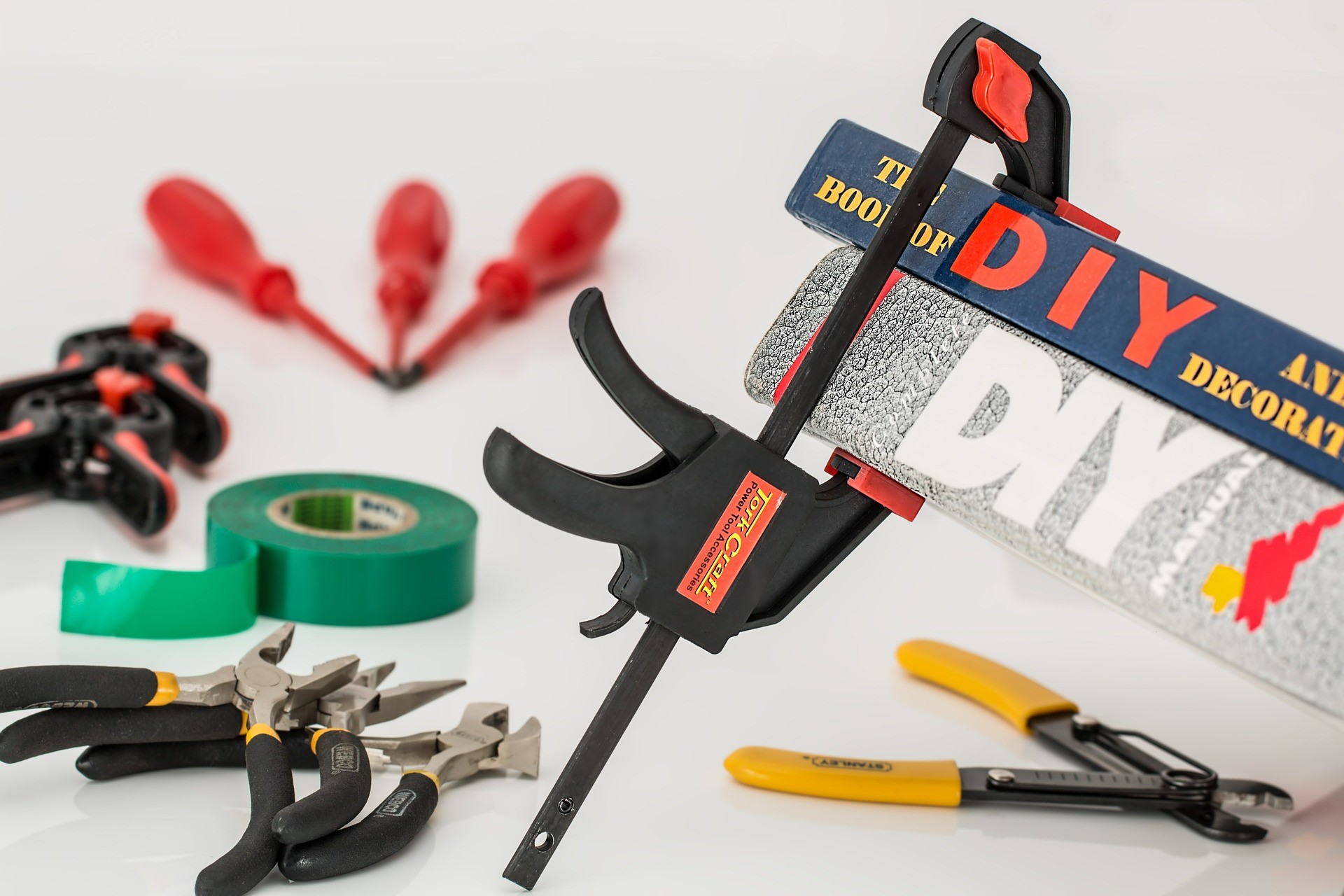 My parents were very handy as far as home repair. I grew up in a household where my parents fixed nearly everything. My father did a lot of interior and exterior painting, repairs, and electrical work. When my parents decided to add a second bath onto their main bedroom in our 1950s split level, as a licensed mechanical engineer, my dad even stamped the inspection papers. The building process was a lot more relaxed back then. I am not handy, but more than skills, I lack self confidence, although I’ve improved. I belong to the Hippocrates (do no harm) school of thought for home repair, which has served me well.

The house being located in Palo Alto, one of the pickiest cities in California, the restoration process was far from relaxed.

After college I became a renter for about a decade, until I married and moved into one of my architect husband’s homes, an 1897 Victorian that he intended, with professional help, to restore. Although a small place, this was no home for beginner DIY-ers, the home having been transformed into a duplex and then somewhat trashed, the plaster and lath walls turning to powder. Fortunately the builders and plumbers were the best, having worked with my husband’s clients. That said, money was always an issue, so progress was slow and filled with drama. I witnessed a carpenter’s foot going through our ceiling, and the shower regurgitating strange substances reminiscent of The Exorcist, among other dramas.

The house being located in Palo Alto, one of the pickiest cities in California, the restoration process was far from relaxed. The city tried to fine us for not painting the exterior (their frustration with the previous absentee owner boiling over), until we demonstrated that we were restoring the interior first. They then disputed our plumbing plan for our antique bathtub fixtures until I wrote out a protest and proved the near impossibility of the scenario cited: if someone left the tub faucets running AND the water reached the tap level, AND at the exact same instant a fire broke out in town AND the fire department maximized the water pressure, it was theoretically possible that “gray” water could be sucked from the bathtub into the city water system. The probability did seem rather ridiculous, even to the city code enforcer, so he backed down.

My major task during this restoration, other than gritting my teeth, was to be the color expert. This was not a trivial task for a Victorian home, with complex sets of walls, moldings, and trims, both interior and exterior. My then husband was severely color blind. (So much so that in his other home, to surprise me he repainted the wood trim around the kitchen cabinets and countertops blood red. When I walked in, I began screaming because it looked like an axe murder scene.) After a failed test attempt at a color scheme on my own, we hired a designer friend, who came up with a lovely gray exterior scheme, and an interior palette of pale blue, aqua, and vanilla.

Michael, our wonderful painter, was doing the interior trim one day when I walked in. It positively glowed, looking beautiful. Michael was proud, he told me, of his secret recipe for the shine. While I was talking with him, I started feeling dizzy, then started to see double. “Michael,” I asked, “does your secret recipe involve a solvent? Did you put something in the paint?” as I sank to the floor.

“Oh, my god, yeah!” he replied. The solvent extracted chemicals in the paint, making them easier to inhale, and I was highly allergic to them. After a visit to the ER, I was fine, but told not to hang around inside when buildings were being restored, or, god forbid, live in a house while it was being remodeled. My DYI potential was now limited. I need to be careful about paint, carpeting, and the like to this day.

Speaking of god, she wreaked her revenge on the painters, when a few days later, the roofers were in process of replacing part of the roof, and a freak rainstorm blew off their tarp. Water soaked the newly painted walls in the living room, drizzling down to the floor. I inspected the damage and ended up on a sofa in a fetal position for a few minutes. Fortunately insurance covered the rework.

The last house my husband and I bought was a small postwar dwelling in a transitional neighborhood in Menlo Park. I’ve written about this home in several Retrospect stories. My now ex-husband got the 1897 Victorian and I got the the Menlo Park house in the divorce. One of the first things I did was buy a home repair book. It said it was for the equivalent of dummies, but no dice. I’d never seen most of the tools pictured, and it assumed you knew how to take apart a toilet before providing guidance on reseating it. This was 1994, with no YouTube videos to help, so I prayed a lot, and the house largely cooperated.

By the time I bought my condo in 2000, I was delighted to have fewer home responsibilities. I’d had enough experience to know I needed an electrician to add 220 voltage for a clothes dryer I was having delivered, but other than that, projects were absent. Once I met Dick and we decided to buy a house together, we agreed to get a brand new home. I was ecstatic to move into our present house, where everything worked. What a delight.

Now the house is 18 years old, and Dick isn’t able to do much maintenance, so, ironically, a lot falls on me. I’ve stepped up where I can, helping to replace toilet flushing mechanisms, recaulking the undermount sink in the kitchen, and recently repairing a loose sweeper seal on a shower door. And, I remember to take the old parts to the hardware store so I can get the proper replacements. With the current shortage of tradespeople, I’ll have to step up to the extent I can.