Resolved: Time and the River by Charles Degelman
100
(131 Stories) 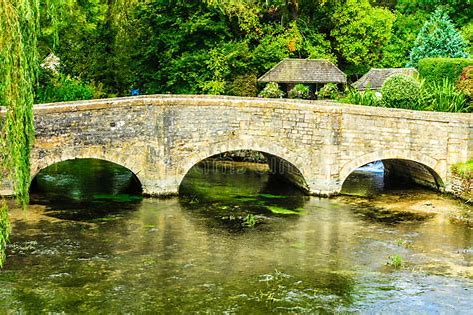 Early in this new year, I resolve to take a walk on a quiet byway down to a river. On my way, I’ll find a stick dry enough to snap from its source and large enough to see at a distance. When I reach a bridge, I’ll walk halfway across and lean over the downstream rail. I’ll watch the water flow away beneath me, pulled along by the laws of gravity, terrain, and hydrodynamics. When I’m ready, I’ll drop the dry stick into the flow and follow its journey downstream.  There is no way to retrieve the stick or reverse the river’s flow. The stick will travel into the past.

As I watch the water carry the stick away from me, I’ll recall people, places, events, thoughts, emotions, and dreams that flashed, floated, or tumbled through my stream of consciousness and lodged in my memory. I can’t predict which fragments will surface and catch in the river’s eddies and shoreline detritus. Possibly they’ll include the election of a new President, the rage and cruelty of careless, power-hungry political predators, and the jubilance of last-moment electoral victories. Maybe I’ll relive the sadness and disappointment at seeing relief snatched from me by the preposterous lies of a displaced, glitzy, White House grifter and the mindboggling emergence of his desperate and violent tribe of minions.

Probably I’ll recall the leaden isolation of quarantine, the mind-boggling loss of hundreds of thousands of Americans and millions of people worldwide. I’ll ponder the ethereal lack of compassion, the weird acceptance of death that hung in the spaces between body counts that raced past milestones of former national and global loss. Maybe I’ll marvel at the scientists who developed a warrior serum to battle the ancient virus that had risen to afflict us. Hopefully I’ll summon up the gratitude I’ve felt for my friends and family and our ability to think clearly and act with collective ingenuity and intelligence during hard times.

Then, I’ll cross the bridge to the upstream side and watch the river flow toward me. I’ll realize that the approaching flow couldn’t have arrived ahead of the water that had just flowed beneath me in all its power and complexity. As the water approaches, I’ll resolve to use my long-developed knowledge, skills, and experience to appraise the power of the enemy. Microbes and Republicans. What is their plan? How practical is it? How many people agree with their desire for minority rule?

I’ll watch the water roll toward me into the present, full of power and momentum, capable of sweeping away the flotsam downstream. Possibly I’ll ask questions of the approaching flow. It seems that capitalism is going to stick around. Does capitalism work well in an authoritarian system? How are the Russians doing with capitalism? How is Chinese capitalism faring? Do the powers that be, the people above and beyond Joe Manchin and his consumer-model Maserati, do they think capitalism will work under an authoritarian system?

I’ll feel the power of the elements flow beneath me and possibly I’ll understand that the bridge, built by human ingenuity, holds the power to raise me above the flood. Perhaps I’ll realize that the rights we call freedom and independence and that separate us as individuals can only extend as far as the responsibility to each other that embraces us all.  Maybe I’ll understand that, after years of unprecedented cynicism in our government, after decades of cynics arguing that government is the problem, maybe the pendulum is swinging, the ground is shifting.

Perhaps I’ll take comfort in those who went before, the civil rights activists of the 1950s and ‘60s, the nation that refused the South its bitter secession. I’ll recognize the change in our leaders, a strange sensation after so much proven distrust. I’ll register the reality that we now have intelligent, fiercely intended people in government, people who want to prove that the Republic can do what it was designed to do, to give comfort and shelter — not to the few, the wealthy, the powerful, but to we, the people, the planet and its flora and fauna. I’ll reflect on the progress we have made together, to battle a deadly pandemic, to remove ourselves from money-mongering foreign wars, to bring the gifts of modern science and technology to our broken society, to break down the ingrown racism that holds our institutions upside down, and to embrace our mother, the Earth and her creatures.

Finally, I’ll recall the familiar words that I have held to my heart and in my mind for most of my life: That nothing is so powerful as an idea whose time has come. That government of the people, by the people, for the people, shall not perish from the earth. And that the people united, will never be defeated. That I can use my writing skills, experience, and imagination as a powerful advocate for truth. And thus armed and supported, I’ll go forward into the new year.

14 Responses to Resolved: Time and the River

Just One
by Barbara Buckles

Does It Count If You Make It Early?
by Dave Ventre

The Coming Year
by Marian