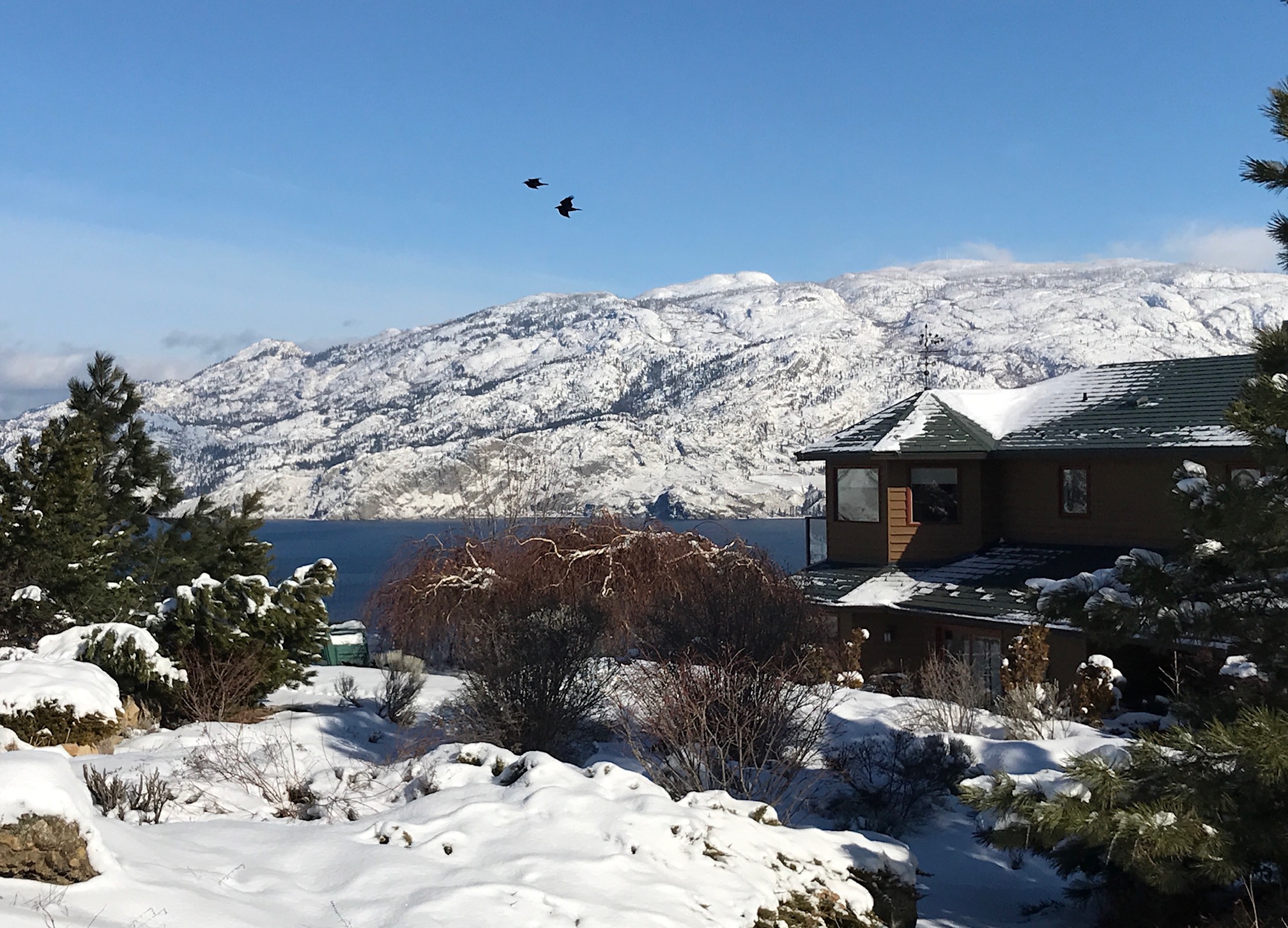 Whose house this is, too well I know.

Memories of when I lived on Sumac Ridge (with apologies to Robert Frost).

I didn’t really notice though,

When bought in summer’s time of year,

The driveway would fill up with snow.

The neighbors all must think it queer

As I go out in wintry gear,

In bathrobe, boots, and hat to make

I see now it was a mistake

(Despite the great view of the lake);

Far down the hill.  I’m not awake.

As upwards to the house I creep,

And upwards to the house I creep. 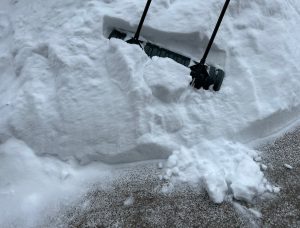 15 Responses to Shoveling the Drive on a Snowy Morning