Prompted By The Dentist
6 comments. 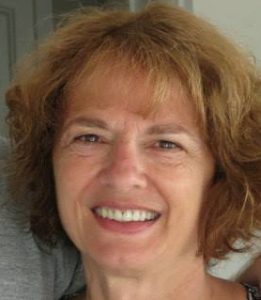 My smile, thanks to braces

When I was growing up, our dentist was a family friend. He did all our dental work for free (“professional courtesy”) and, similarly, my father took care of all his family’s medical needs for free. He and his wife socialized with my parents, and were often at our house to play bridge. I think we called them George and Betty when they were at our house, but in the office we called him Dr. Kaye (not his real name). I was never scared to go to the dentist. I did have some cavities in my baby teeth and had to get fillings at various times, but it was no big deal.

No matter how exhausted or intoxicated I might be, I never go to bed without flossing my teeth!

I got braces when I was in seventh grade, but I don’t remember anything about my orthodontist. I only had bands on my top teeth, to correct an overbite, because my bottom teeth were fine. I have no memory of pain or trauma associated with my braces, except that it was uncomfortable to play the oboe until I got used to it. (Maybe I developed calluses on the inside of my upper lip?) If I hadn’t already been committed to the oboe, I probably would have switched to a different instrument.

I vividly remember getting the braces removed on a Friday in the middle of ninth grade, and going to a dance at school that night where I just couldn’t stop smiling. My mouth felt so wonderful. Two different guys were paying attention to me, one a junior and one a senior, something that had never happened before. I bravely asked the senior to the Sadie Hawkins Dance later that year, and he went with me. Other than that, I never spent time with either of those guys again. Still, it was a fabulous night!

It wasn’t until I was in my twenties and living and working in Sacramento that I discovered the flaw in my dental care. I had never looked for a replacement dentist after I left home because my teeth seemed fine, and the health plan I had through work didn’t include dental coverage. So why bother? Then, just before Thanksgiving 1979, when I was 28, my mouth started to hurt when I chewed things like meat. I spent that Thanksgiving with my parents and sisters in Colorado, but basically just ate mashed potatoes. Definitely time to find a new dentist! There was a young dentist who had his office in the same building as my office, and many of my co-workers went to him and liked him, so as soon as I got home, I called his office and made an appointment. He said my gums were inflamed and I needed to see a periodontist. Ugh! I went to one, and didn’t like what he said, so I went to another one for a second opinion. He said the same thing. My teeth were in great shape, but I was going to lose them before I turned 40 if I didn’t get the gums taken care of.

So I had gum surgery, where the inflamed parts were removed. It was painful and it was expensive! And I couldn’t eat solid food for a month! After I got sick of just eating yogurt and apple sauce, my friend Jane lent me her blender, and I blended up everything imaginable. I also might have put cocaine on my gums, which made them numb, since I had friends with plenty of access to cocaine, as discussed in a previous story.

So here’s the part about the flaw in my dental care. It turned out the gum inflammation was caused by the fact that I had never flossed my teeth. Apparently brushing wasn’t enough. Prior to that time, I had a boyfriend tell me I should floss, but he was so self-righteous about it that I ignored him, and besides, my dentist growing up had never told me to floss, so it couldn’t be necessary! But he was right, darn it! (He later became my second husband.) I blamed my childhood dentist for not telling me to floss. However, in writing this story, I googled “when did people start flossing their teeth?” (answer: 1815!) and then, more significantly, “when did flossing become common?” The answer to that second question was “starting in the 1970s.” So the fact that I wasn’t told to floss in the ’50s or ’60s wasn’t really his fault, I suppose. It would have been nice if he had been ahead of the curve (or if I had listened to my self-righteous boyfriend), but neither of those happened.

Ever since then, I have been a religious flosser! No matter how exhausted or intoxicated I might be, I never go to bed without flossing my teeth! And even after all that, I’m still not afraid of going to the dentist.

6 Responses to Smile a Little Smile For Me