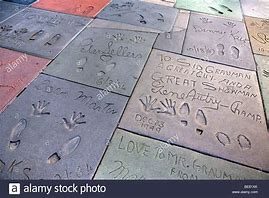 I’ve stood on stage with Jerry Garcia, Michael Caine, and Kenneth Anger. I’ve played baby sitter to a drunken Robert Mitchum, chatted brightly about wisdom and age with Sidney Poitier, rubbed elbows with George Clooney, Warren Beatty, Susan Sarendon, chatted with Governor Schwarzenegger in shorts and a Hawaiian shirt when he was out of shape, performed for thousands in stadiums, parks, grandly balconied theaters, upscale lounges and rowdy saloons.

I wasn’t smitten by love or lust, but fame, especially when well-deserved, can be, well… awesome.

I’ve been captured on film, television and in the recording studio, but in all my time I’ve been an actor, a musician, a professor, an author reading from my own work, et cetera, I’ve never been famous.

I’ve had your standard pre- and post-adolescent dreams of glory — rock star, doo wop singer, maverick cowboy, rebel with a cause, rabble rouser, revolutionary hero, world championship racing driver, elegant bassist with the Modern Jazz Quartet, but the limelight has eluded me. Unless…

I put this query to you, dear reader. If one is embraced by a gorgeous and gregarious young film star, if said young glamour puss wraps one lanky, lovely leg around you and draws your lips to hers in a wet and enthusiastic smooch… And if, after the explosions of light and sound and scent die down, she asks you to take that kiss to a friend…

If one becomes a kiss messenger, a kissinger if you will, does that qualify one for fame?

I had been hired as a writer and — I suppose, as the credit enables your producers to hire you for less money — ‘associate producer’ by an ambitious duo of documentary makers. We had already made a feature-length documentary on John Huston that was well-received. Plenty of stars to interview there.

Now, we were producing a documentary on Steel Magnolias, still in post-production. Julia Roberts, fresh from her success in the indy feature Mystic Pizza, played the ingenue in this genteel but rollicking tale of Deep South ladyship.

On one sunny day, we arrived with our crew on the studio lot to interview Ms. Roberts. As we set up, an open-topped dusty Jeep with a roll bar roared around the corner of a massive sound stage and screeched to a stop beside the tiny Star Wagon where Ms Roberts was presumed to be preparing. A Medusa-like mass of reddish curly hair writhed around the features of a lanky young woman who yanked herself out of the Jeep.

“I’ll be right with you,” she shouted with a slight twang as she dashed up the Star Wagon stairs and slammed the trailer door. Moments later, Ms Roberts emerged, as composed as a young starlet can look in a peasant blouse, short jeans jacket and skirt, and cowboy boots.

The interview went well. Ms Roberts was bright, articulate, and forthcoming about her role in Magnolias, her acting approach, and even the politics of the day. She was not a Reagan fan, who was finishing his term when we spoke.

We chatted afterward. Something does happen beyond sex appeal to people who are feeling the flush of fame. Ms Roberts carried her success well. Neither falsely humble nor arrogant, I liked her effortlessly. She was warm and physical, reaching out to touch without pretense. I wasn’t smitten by love or lust, but fame, especially when well-deserved, can be, well… awesome.

The conversation drew to a close. The crew was packing up. I rose with Ms Roberts. In passing, I mentioned I planned to meet a friend of mine, a fairly well-known leading man whom I had known since our days in the underground of San Francisco theater.

“You know So and So???” She threw herself at me, wrapped her arms around me, and hiked one cowboy-booted leg up the back of my legs. “Please,” she said, looking me in the eyes. “Give this to him.” She then delivered the above-described kiss, deep, lasting, delicious. When she uncoupled, she patted me on the shoulder and said, “please let him know I look forward to seeing him again soon.”

I have no current recollection of the next beat. I have only the sense memory of feel and smell of hair and lipstick and some faint scent that fell somewhere between desert cactus and French boudoir. By the time I got my bearings, Ms Julia Roberts had disappeared back into her Star Wagon. And that is how I experienced fame that day: as a kiss messenger to the stars.

6 Responses to The Kiss Messenger

The Dreamer
by Marcia Richmond Liss

Fame by Proxy
by Suzy

Fame is Not the Same as Success
by Laurie Levy