Prompted By Do You Believe in Magic?
15 comments. 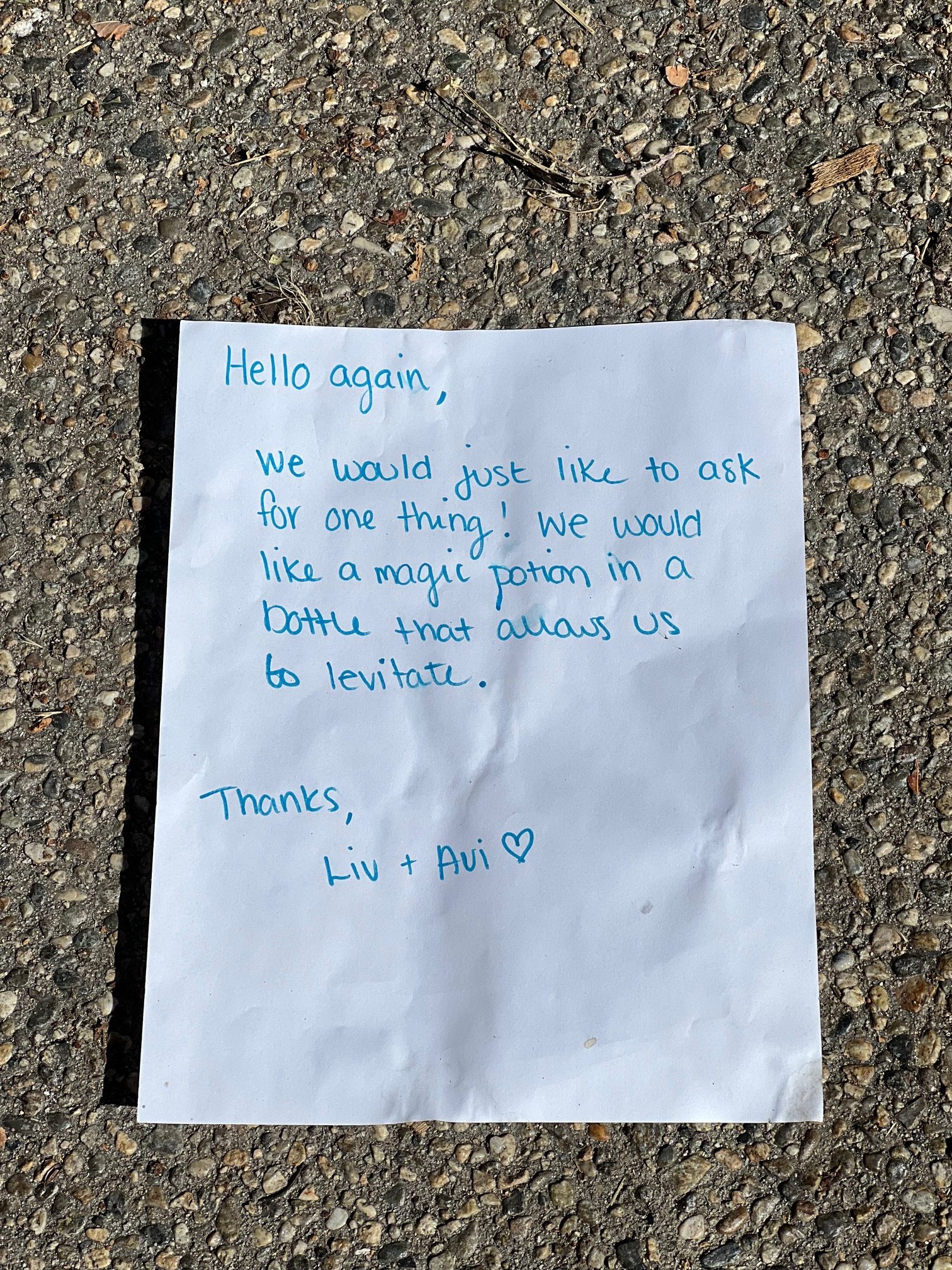 There was a time when I did believe in magic.  And Santa Claus, the tooth fairy and religion.  I loved fairy tales and Greek mythology, and any story about history.

When I was five or six, my dad told us he had eyes in the back of his head and could see what we were doing.  This was proven when we would hold up fingers behind his head and he would correctly guess the number.  Magic.  Of course, my mother was tipping him off by how she held her cigarette between her fingers, or even more nefariously by slipping in words in Mandarin as she murmured “Sure, he can see” (“sure” meaning four, or was it five?).

By the time I got to college, I earned some money baby-sitting and realized how much that childhood world view had faded when the children in my charge wanted me to play “make believe” with them.  They had the entire yard populated with characters, all with long back stories, and yet I could conjure up nothing from my imagination to join in.

The immediacy of assassinations, war, strikes and protests, growing older and going to medical school also crowded out magic–music or drugs notwithstanding.  It was all political history, current events, science, the realities of life and death–I didn’t read a novel or a poem for years.  Give me the wonders of the universe or biochemistry instead.  The beloved Tolkien books—meh.  Magical realism—not for me.  Star Wars—give me a break.  Harry Potter—not even.

Eventually I relented and started reading more widely.  Experience also made me appreciate how essential myths and stories are and how science and knowledge by themselves are not enough, overshadowed as they are by relationships, beliefs and survival needs.  I am discouraged to see surveys that show how many people believe in angels but not human-caused climate change, which looms over all as our existential threat.  Knowledge of how to confront this threat is not the barrier—it is “political will”.  Magical thinking doesn’t help: a superhero is not going to swoop in and save the day.  But using story to create an ethos supporting science-informed change might.  Calling all artists, teachers, families, civic groups, politicians, spiritual workers and, okay, magicians, to do their part!

As I was thinking about this prompt, I found a random piece of paper that must have floated onto my driveway, lying face down.  The other side read, “Hello again, We would just like to ask for one thing!  We would like a magic potion in a bottle that allows us to levitate.  Thanks, Liv and Avi (with a drawn heart)”.  Those are the names of the little girls who run a lemonade stand across the street, in front of their house. They let me choose a rock painted hopefully with a blue flower from their assorted wares one day.  If only I did have a magic potion that would lift them up in the hard years to come.  I could also tell them, “Don’t lose the heart”. 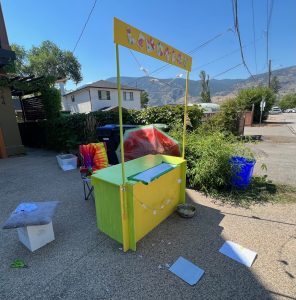 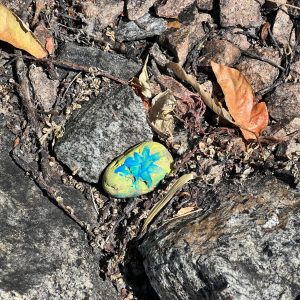 15 Responses to The Magic Potion