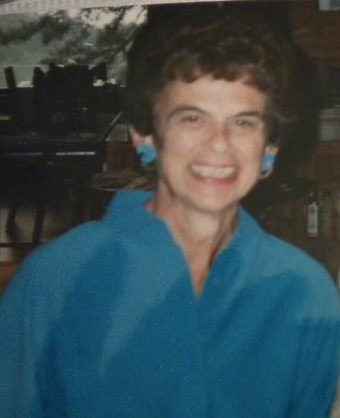 This story may or may not turn out to be about cooking. Mainly it is about my mother, who, as I write, is lying in a hospital bed holding on to life by only the slenderest of threads. By the time you read this, the thread may have snapped. But she will always be a part of me. She taught me how to be a good person, and how to be a good mother. She didn’t teach me how to cook — something she did out of necessity rather than out of joy — but she did give me my first two cookbooks, as I described in The I Hate to Cook Book.

From my earliest memories, she was always there for me and always supportive. I think my older sisters may have been annoyed sometimes, because I was her baby and she paid the most attention to me. Even now that I am in my sixties, she still thinks of me as her baby. In recent years, in telephone calls with my sisters she would complain about various health issues, but with me she was always upbeat, talking about movies and concerts and other things she had done with her friends. Only in response to my specific questions would she tell me about anything that was bothering her.

We spent a lot of time together during my preteen and teenage years. By the time I was in high school, my sisters were off at college and then married, so she and I hung out together a lot. We even got our ears pierced together. We searched for the best flavors of ice cream together, and generally ate ice cream together every night before I went to bed, eating with 2 spoons directly out of the carton. Mocha chip was our favorite flavor. Every year on my birthday we went shopping at Lord & Taylor, followed by lunch at the store’s Birdcage Restaurant and Tearoom, which featured menu items like cucumber sandwiches, and comfortable armchairs with trays connected to them instead of tables. The shopping was always secondary, the real reason for going was lunch at the Birdcage.

When I needed help with my math homework, she was there for me, even though she had never learned the kind of math I was studying. If I was stuck on a particular problem, by the time I finished explaining it to her I would know how to solve it. It worked every time. She also typed my papers for me, on an old Royal typewriter, and had an uncanny knack for knowing exactly how much space to leave for the footnotes at the bottom of the page. This skill has now been rendered obsolete by computers, which do it for you, but in the typewriter era it was invaluable.

The one time she disappointed me was when I was a senior in high school. She learned that I was smoking marijuana, because my oldest sister was visiting, and while she and my mother and I were sitting around the kitchen table chatting, for some reason my sister asked me if I had ever tried it. Because I had been raised to believe that telling the truth was more important than anything else, I said yes. My mother then wanted me to promise that I wouldn’t smoke any more. I said “I can’t make that promise, because I don’t want to lie to you.” She badgered me about it for what seemed like weeks. Finally I said “okay, I promise.” Of course I had no intention of keeping that promise. But I had finally gotten the message that in fact it was more important to tell her what she wanted to hear than to tell the truth.

When I was in college, she had a strict policy of never calling me, lest she catch me at an inconvenient time. Many of my friends got calls from their parents on Sunday mornings, just to check and see if they were in the dorm or had spent the night elsewhere, but she would have never dreamed of doing that. She expected me to call home periodically, and I did, but if weeks passed between my calls, she just waited patiently. When I told her I was hitchhiking to New Haven or to D.C. for political demonstrations, she must have worried terribly. I should have called her as soon as I arrived back in Cambridge, to let her know I was safe, but I don’t think I ever did.

She was sad when I decided to go to law school in California, because it was so far away, but she never asked me not to. In retrospect, I sometimes wish I had stayed on the East Coast, but of course there is no telling how my life would have turned out if I had. She and my father came out to visit me many times, first in Davis and then in Sacramento, and even after he died, she came by herself. The last time she was here was for my daughter Molly’s bat mitzvah in 2009. When Molly was born, I had given her the Hebrew name Malka Esther, which is my mother’s Hebrew name, even though Ashkenazi Jews have a superstition against naming babies after living people. I asked for her permission before I did it, and she was flattered and gave her blessing. I even toyed with the idea of having Molly’s English name be Malka, but my mother was horrified at that idea, because she thought that was a shtetl name. For my mother’s generation, becoming as Americanized as possible was paramount.

After my father retired, my parents started living the snowbird life – winters in Florida, summers in New Jersey. My mother also stopped cooking for good. She had put in her 35 years of cooking duty, now she was retired too. They moved to an adult community in NJ, and also bought a house in a similar place in Florida, with a clubhouse and lots of activities. They took up square dancing, and that became a very important part of their lives. They square danced everywhere they went, even finding a Sacramento square dance group when they came to visit me. They went on a square dance trip to China, and danced on the Great Wall, one of my mother’s fondest memories. My mother also learned to tap dance, and danced in all the shows in her communities until she was in her late eighties. Last fall I started taking tap-dancing lessons, after a friend posted about a local beginner’s class on Facebook, and when I told her about it, she was SO happy. “Finally,” she said, “one of my children is doing something that is like me!”

My father died in 1995, but my mother continued the snowbird routine for another twenty years. She acquired some beaux in that time, which my sisters and I were very happy about. In 2015, she decided the trek was too much. It also seemed that living by herself in a house was too much, especially because she couldn’t see well enough to drive safely. Two years ago, my sisters and I moved her into an independent living apartment in a Continuing Care Community in Boca Raton, and eventually sold both the New Jersey house and the Florida house. This turned out to be a fabulous decision, she has so many friends there, and even a new beau named Alex. Things seemed to be going really well.

Three weeks ago, on Sunday, January 15, my mother went to the Emergency Room. She had fallen a day or so earlier, but hadn’t broken anything. However, her leg was hurting, she wasn’t eating, and her color was not good, so Alex convinced her to go. At the hospital they said she had jaundice, and they needed to do some tests to figure out why. An MRI revealed that she had pancreatic cancer, which had metastasized to her liver. The liver problem was causing the jaundice. By Wednesday the hospital said there was nothing they could do for her, and they discharged her, recommending hospice care. Fortunately, her community also has a skilled nursing facility, so that is where she went. This was great, because all her friends in the community could easily visit her, unhampered by the fact that they don’t drive any more.

My sisters and I conferred about what to do. None of us lives close to Florida. My oldest sister had just been there in December, my middle sister had already planned a trip for early February, clearly I was the one who needed to go now. “I can’t go until Sunday,” I told them. “Why not? What’s keeping you from going right away?” asked my middle sister. “This may seem silly to you, but I can’t miss the Women’s March on Saturday,” I said, expecting argument. “That doesn’t seem silly at all, of course you should march.” Whew! So at 6 a.m. on Sunday, January 22, I flew to Fort Lauderdale. I spent the next week with my mother, and it was a wonderful week. I stayed in her apartment, but spent most of my time in her room in the nursing facility. She had pain in her leg, but she was still sitting, riding in a wheelchair, and even walking a little bit with help. I took a video of her walking down the hallway and texted it to my sisters. She was fully cognizant, and articulate, and we had a lot of great conversations. Best of all, I was able to read some of my Retrospect stories to her, and she loved them! Of course she loved the one about my sisters (Such Devoted Sisters) and the one about my grandparents (Those Were the Days, My Friend), but she also got very excited about my Tanglewood story (To Sing In Perfect Harmony) because she remembered attending those Tanglewood concerts. I had completely forgotten that my parents came, but she remembered it vividly.

When the week ended, I flew home, thinking she would be around for a while, and I would go back in a few weeks. My middle sister arrived the day I left, having changed her earlier plans. That week, my mother started going rapidly downhill. Midweek, my middle sister called my oldest sister and said “If you want to see her while she can still have a conversation, you need to come now.” So my oldest sister flew down on Thursday. By Friday, my mother was having hallucinations and a lot more pain. They increased the amount of pain medication they were giving her, and she was pretty incoherent. By Sunday I asked my sisters if I should come too. The answer was that I could come if it would help me, but that my mother wouldn’t even know I was there. So I didn’t. Now I am just waiting.

Epilogue: On Wednesday, February 8, just before 9 pm PST, I got the call I had been expecting and dreading. My mother had taken her last breath. She would have been 96 next month. 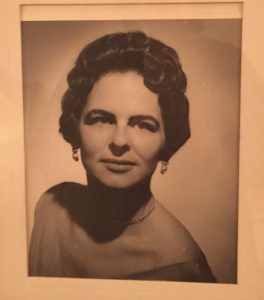 10 Responses to This Story Is Not About Cooking