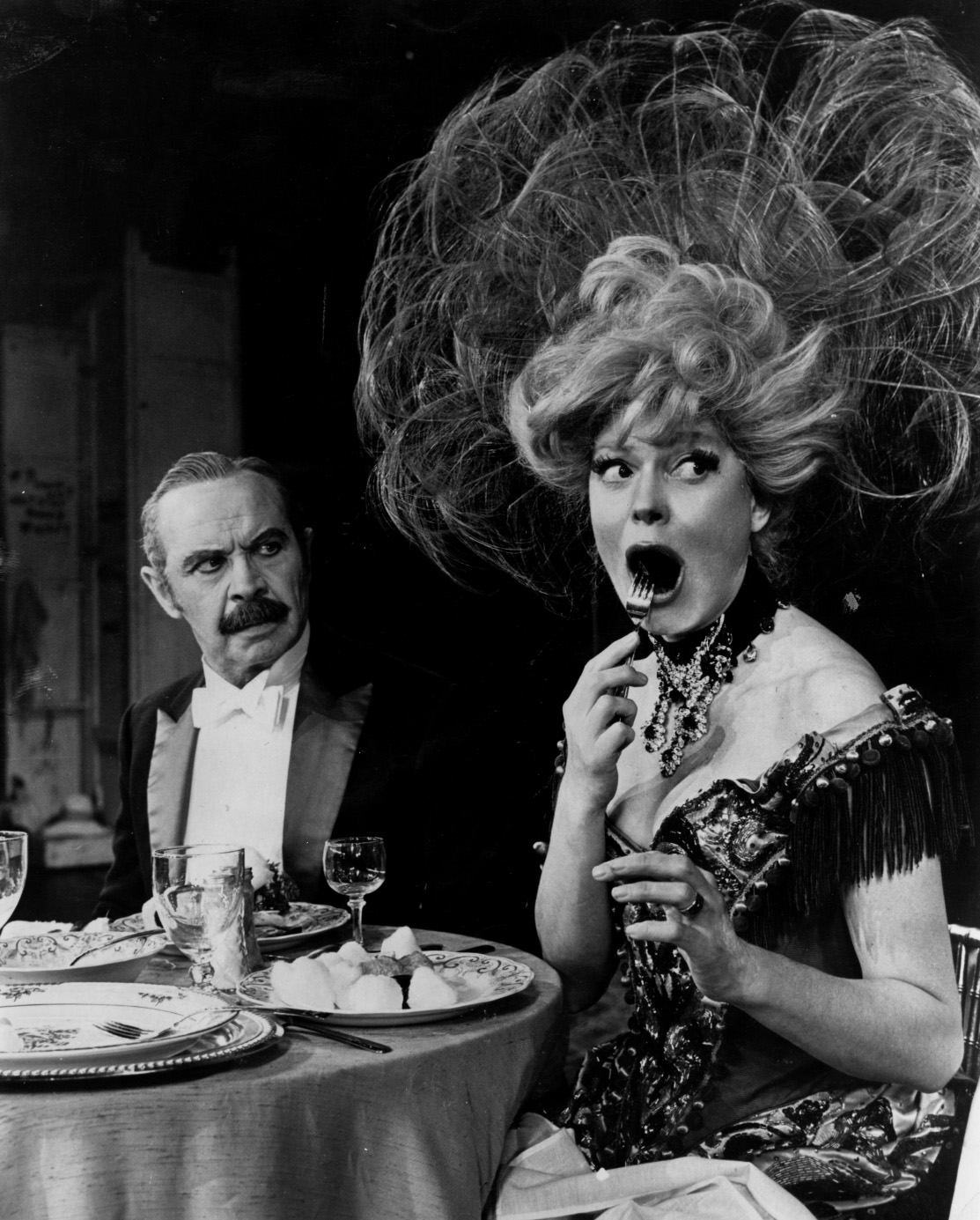 My dad grew up in San Francisco, and as a precursor to his eventual career as a drama teacher, he got involved in theater during his high school years. He attended Lowell High, legendary in the City for its academics. He participated in (and probably wrote) a few goofy skits, making fun of teachers and so forth, which featured a classmate named Carol. That Carol.

Although they were classmates, my dad was a couple of years older. Next September would be his 100th birthday. Her bio says she was born in 1921.

In the years to come, after Carol’s career took off, she would often return to San Francisco, and appeared in a number of shows. Some were better than others. She would always comp my folks (and sometimes my sister and I), so we got to see her on stage several times. For years, I owned a rather flashy rhinestone bracelet, courtesy of Miss Channing, from when she performed in Gentlemen Prefer Blondes and sang “Diamonds Are a Girl’s Best Friend.”  That bracelet was a prized possession throughout my childhood.

On one occasion when she was in San Francisco, she agreed to do an interview at the university where my father taught, San Francisco State. She called him Sammy, one of only two people in his life that dared to. 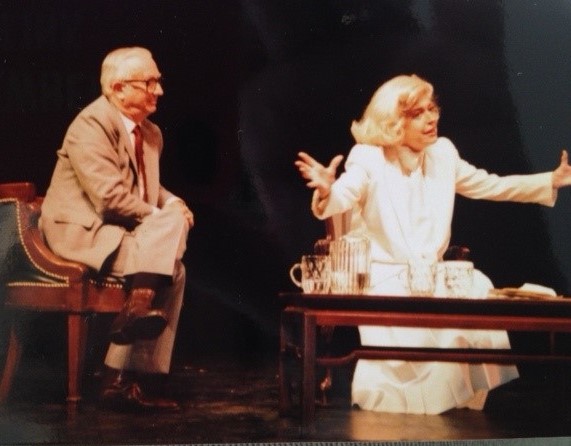 One show we attended wasn’t that great, and she knew it. When we went backstage to greet her, she avoided the awkward moment by immediately asking us, “So how were your seats?” Gracious and kind, she never forgot her San Francisco roots. Lowell High’s theater is named after her, and there is a scholarship in her name for performing arts students attending San Francisco State.

She famously played Dolly Levi thousands of times, won a ton of awards, and always sent my parents a Christmas card.

So, no fame for me personally. And honestly, my connection to this super star is tenuous at best. She is one of the very few old friends of my dad’s still living, which means more than I thought it would.

For as long as I can remember, her success as a performer was a source of pride for my dad, who knew her way back when. As far as I know, Carol Channing is still glowin’, she’s still crowin’, she’s still goin’ strong well into her 90’s.

One last thing: I was fortunate to see Bette Midler playing Dolly on Broadway just before her final bow. She did the same feathery hat and whatever was on that plate bit that Carol is doing in this picture. What a thrill! 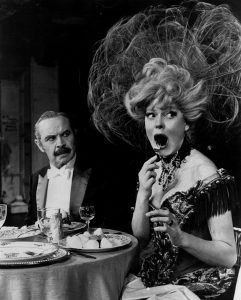