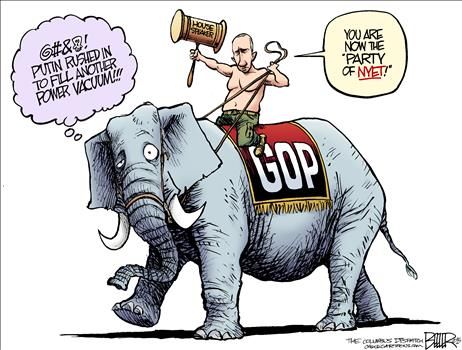 I don’t know if I’ve cheated at cards. I never progressed much beyond ‘go fish’ and blackjack with the deck of fifty-two. I can’t remember if I ever kept excessive change dealt out by a storekeeper. I found $400 dollars in tightly rolled bills in a baking soda can, stashed in the demolished darkroom of a dentist’s office. I shared the windfall with my fellow workers and didn’t tell the property owner. I guess that was cheating. Or maybe it was worker’s comp.

I shoplifted a pocket full of Craftsman tools in Oakland for the revolution, but I got busted. I cheated on a girlfriend in college, but we were a continent apart and the relationship had been rendered ambiguous by final exams and farewells. Oh, and my partner and her accomplice cheated me and the accomplice’s mate in Monopoly. So much for true confessions, so I have been cheated on. But speaking of victimization…

I recently read a letter to the online Washington journal called Talking Points Memo, published by political analyst Josh Marshall. The letter was written by JI, a Finnish journalist who clearly feels nervous enough to ask that his name be withheld. Finland shares a long border with Russia and has been battling with its neighbor for a few thousand years now, and the Fins have a vested interest in what America has been doing vis a vis what JI the journalist calls “Russia’s long game.”

We Americans like to call modern Russia a kleptocracy, whose leaders we call oligarchs who play courtier to Putin’s queen bee. These kleptocrats and Putin himself operate outside the rule of law to embezzle money via kickbacks, bribes, and mafia-style favor exchanges to appropriate the wealth of the people. I’d call that cheating, wouldn’t you?

He talked about Trump cheating his way into office, partially with the help of Russia. He watched the GOP (whom he calls “Girlfriends of Putin”) cheating the American people by excusing Trump’s proven extortion of a new Ukrainian president. That’s right. Ukraine. And we all know Trump was impeached a second time for incitement to insurrection. And acquitted. Trump brags about that.

By ignoring the facts of Congress’s impeccably presented case, the Girls Of Putin rubber-stamped an acquittal of President Trump, stamped in red ink for the world to see. The world watched while America did nothing, helpless against a second monumental cheat of America and the world. Imagine Putin watching all this with his beady eyes.

Now, JI thinks it’s great that President Joe Biden is offering weapons and support to Ukraine and helping to organize a concerted NATO warning to Putin. But in the meantime, JI notes, we’re continuing to allow the cheaters to go free, the cheat perpetrated by the same GOP that acquitted Trump twice for impeachable crimes and still tries its damnest to steal the 2020 election from Biden. 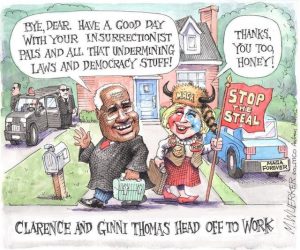 Sure, we’ve busted a corral full of the duped bozos who attacked the capitol, but no big shot has yet been held accountable for supporting Trump’s big lie, for trumped up [sic] voter fraud, for rewriting voting laws, and threatening election officials.

A year has passed — Finland’s JI is writing in CAPS now — and our major institutions, including the Department of Justice, hasn’t even begun to question the main suspects named by Congress’s January 6 Committee. And the Girls of Putin are working overtime to make sure they can cheat even more on the next election than they did on the last one. “And you are just going to let it happen,” JI says. “Tralala.” (He’s very square in his colloquialisms, this JI, but what the hell, he lives in a land of reindeers and long winter nights.)

So, he says, if you really want to do something for Ukraine, “please do your own homework. Enforce your existing laws against ultrarich, influential white dudes. Stop being the Western flank of Putin’s army. Don’t let him use you. Please understand that, by your collective inaction in your internal affairs, you let bad things happen in the whole world.”

Now I think JI is a bit simplistic and not as knowledgeable as he might be about the battles we are fighting against the cheaters. In my opinion, Trump has been reduced to ranting in Mar a Lago. People who follow him are fools and cowards and in the minority. The long arm of the law moves slowly and carefully.

But JI lives on Putin’s flank, just like Poland. And we haven’t seen many of our own oligarchs and kleptomaniarchs pay for what they’ve done. We may or may not bring Giuliani, Meadows, Hawley, and even Ginni Thomas to the fore via the January 6 investigation. Clarence Thomas may even have to step down, but from the outside, it looks as if we’re defending democracy elsewhere and letting it languish here. I’d say we’ve been cheated… wouldn’t you?

11 Responses to Who’s Zoomin’ Who?