Prompted By Basements and Attics
12 comments. 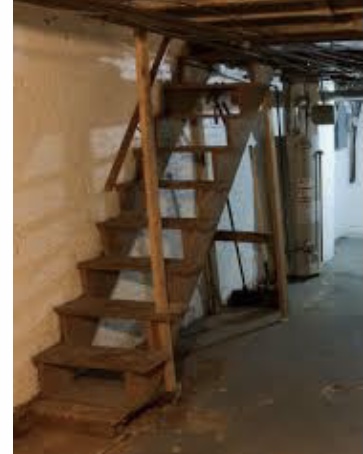 I’ve written before about 2026 McGraw Avenue,  the house in the Bronx where I grew up,  and  in my mind’s eye I can still see every room,  closet,  nook and cranny.   (See Parkchester, Celebrate Me Home,   Fluffy, or How I Got My Dog,  and  Mr Bucco and the Ginger Cat)

And now I even think wistfully about the basement!

Our basement had no TV or “entertainment center”,  no wet-bar,  and no fancy exercise machines.   In those days if you wanted exercise you took a walk around the block.

To get down there you descended a steep,  rickety flight of stairs leading to a large unfinished space that marked the footprint of our house.   There we had a washing machine but no dryer.  Instead there were two long clothes lines strung from wall to wall.  If you went down on laundry day you had to duck under the sheets and pillow cases,   and everyone’s underwear and PJs.

And next to the washing machine was a big laundry sink where my mother bathed the dog.  (Not an animal lover herself her tolerated pets in the house for our sake.  See Fluffy and the Alligator Shoes)

My father’s work bench and tools were on one wall ,  not so much for carpentry work,  which was not his forte,  but for his art hobby.   My dad made what he called his  “constructions”.    He built models of the Montauk Lighthouse,  the Parathion,  and the Brooklyn Bridge to name just a few,  as well as fanciful structures that could only have existed in his imagination –  and all created from found and discarded objects.

Actually they weren’t all found or discarded.   If my dad spotted something he thought he could use for his constructions  he unceremoniously took it – a toy of my sister’s,  a hand mirror from the top of my dresser,   a knick-knack prized by my mother,   and once he even took the finials off the living-room lamps.   Years later I discovered there was a name for my father’s constructions –  Outsider Art!

And in one corner of the basement were often bags of used clothing collected by an organization my mother belonged to that distributed them to recent refugees.

At the back of the basement was a door that opened to a few steps leading up to the garden,  and once on those basement steps our cat delivered one of her litters.  Where else that cat birthed a litter is another story!

And in anticipation of winter every year,  stored in another corner were the snow tires for our car and for the cars of relatives who didn’t have a garage or basement of their own.

And now,  all these decades later,   I can still hear my footsteps running up and down those rickety stairs.   For home – even the basement –  is where the heart is.

(And also where we keep the snow tires.) 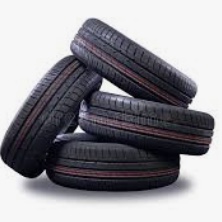 12 Responses to My Beloved Basement