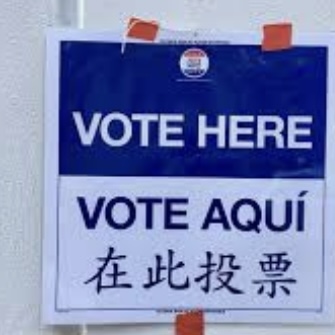 I don’t remember the first time I voted,  and altho a knee-jerk liberal,  I’ve never been particularly savvy about politics.  But my mother was very much so,  and I’m sure on my first Election Day  I took her advice as I usually have ever since   – “Vote Democratic;  and if candidates run on both the Democratic and a more progressive ticket vote for them on the latter;   and if there’s a woman on the ballot,  vote for her”.  (See Getting Woke and The Fortune Cookie Candidate)

But there was a more recent Election Day I remember vividly –  all too vividly –  November 9, 2016.

Our polling place is a school gym a few blocks from our Manhattan apartment,  and on Election Day I’d always bump into friends and neighbors there.  Then in the late afternoon of that fateful day I headed out to vote,  and approaching the school I saw a line had formed that ran down the block and was slowly inching its way into the building.

“Great,”  I remember thinking,  “ voters are coming out in droves for Hillary!”

Of course I was confident she’d shatter the glass ceiling that night,  and when I spotted a friend on the line we rushed laughing into each other’s arms.  In fact the whole crowd on that eastside street was joyous – laughing and talking and literally dancing on the sidewalk.

But later that night,  as millions of us watched the returns on TV,  the change of mood in the city was almost palpable.

The next morning,  after a long and sleepless night,  I had an appointment across town and so I took the bus.

I happened to sit up front where several seats face each other across the aisle,  and I caught the eye of the woman – a stranger – sitting opposite me.

That day there was no joy in Mudville. 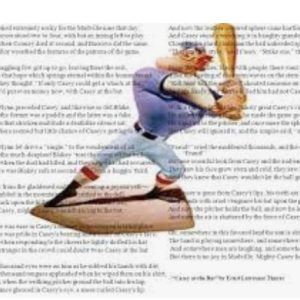 Tags: Elections
Characterizations: been there, moving, right on!, well written